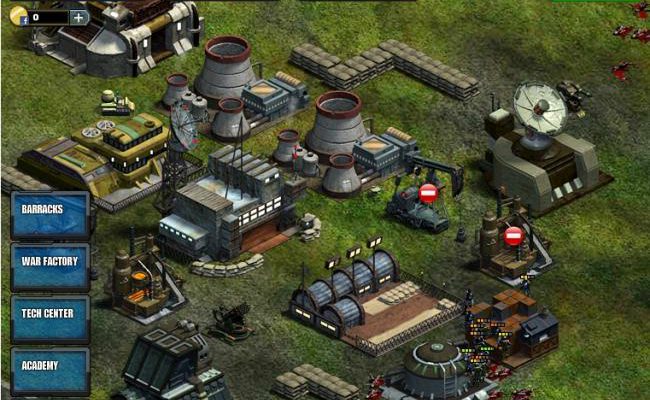 War Commander is a decent introduction to real-time strategy, but its foundation is less than sturdy

As Facebook pushes forward to secure its place on the Internet as one of the most relevant social infrastructures, its gaming arm is, likewise, continuing to grow up. Kixeye has put together a new real-time strategy (RTS) game that pushes the envelope in terms of mature content on the platform, but does the hardcore formula of War Commander translate well for this mostly casual audience?

At the outset, War Commander tosses players right into the fray by having you help out a small group of fellow soldiers. The game is set in a sort of space-marine world reminiscent of Halo or Gears of War. You’ll command multiple units, á la Starcraft, but control has been streamlined in a way that seems to work particularly well as quick-fix, Facebook experience. 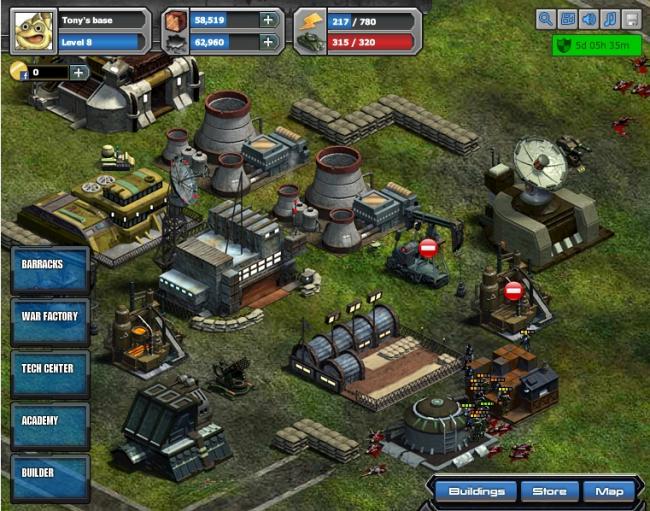 Whereas the newly released The Stratagems offered a deep and deeply rewarding strategy experience at the cost of a huge learning curve, War Commander is very inviting to newcomers of the genre. Getting started with the game is quick and easy, and the quest system does a great job keeping you on track. There’s no real story to speak of, and the premise itself is paper thing. However, it’s the type of game that requires little more than a desire to plunder.

As with other Facebook strategy games like Global Warfare, players are given a newbie grace period: an opportunity to get their army up and running before becoming fair game to the rest of the community. You’ll need to build up your base with resource structures and training facilities, and it can be a bit slow going at first. Micro transactions are tied to options for the player to speed up production, but using Facebook credits never feels absolutely necessary.

Unfortunately, War Commander lacks the functionality to compete as a truly meaningful RTS. The game seems to borrow a page from Final Fantasy: Revenant Wings (Nintendo DS) in that you’re encouraged to simply move your fighting mob all at once to overwhelm your enemies as you go. Micro management is possible but highly impractical due to the nature of the interface, and the inability to view the stats of individual enemy units means there’s a lot of guesswork involved when planning out a raid. 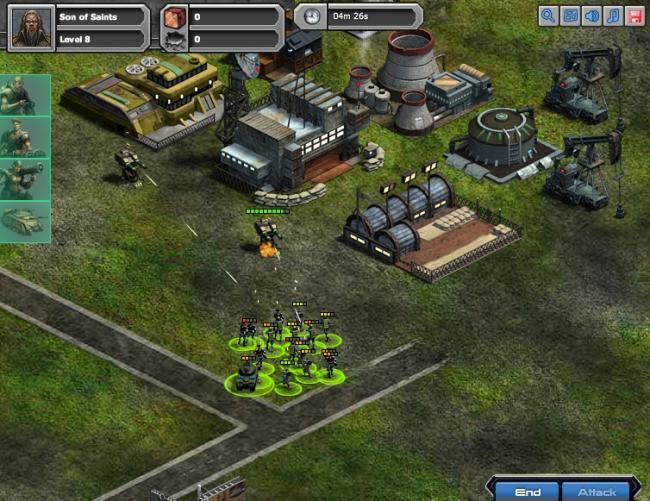 On the plus side, the artificial intelligence (A.I.) is mostly competent, though the game’s agro system takes some getting used to. Friendly A.I. will continue to advance regardless of their distance from enemies or enemy structures, and the area of effect to agro enemies is also very wide. That being said, for the hardcore-experience wrapped-in-a-casual-packageWar Commander seems to be going for, the controls and A.I. programming make practical sense.

Production-wise, War Commander isn’t the most attractive game on Facebook, but the texture work is still somewhat impressive considering the nature of Flash performance. Be warned, though: War Commander has ample blood, as well as graphic language. The musical themes are powerful and fitting, yet gunfire and explosions are lackluster.

War Commander makes a good first impression, and it has enough of the right ingredients to make for a fun novelty. In the end, however, the game lacks the many nuances generally found in a solid strategy adventure.