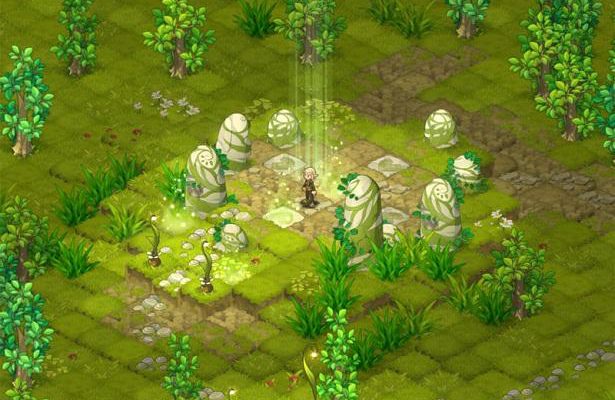 Wakfu is a beautiful MMO, but it needs more “MM”

The MMORPG is an interesting case study. Here in the West, most of us equate the term “MMO” with games like Star Wars: The Old Republic, Runescape, and World of Warcraft. Yet, from a global aspect, a large portion of the most populated MMOs come from the East, including Ragnarock Online, Dungeon Fighter Online, and Dofus, each sporting tens of millions of users each.

In an interesting attempt to bring the flavor of an Eastern MMO into North American servers, Square Enix’s spiritual sequel to Dofus, Wakfu is an interesting case study. How well can a genre style so commonly successful on the other side of the globe fair in new territory? A few months in, I decided to check on Wakfu and see how things had developed.

I began my journey in Wakfu with the hardest decision a player has to make: “what do you want to do with the rest of your life?” With twelve colorful and unique clases, ranging from Enirispa healers to Osamoda commoners to Cra archers. Decisions, decisions.

As a lover and competitor of card games, the Ecaflip class sounded perfect for me. Based around luck and cards, I figured that I’d enjoy the occasional card-based mini-game with some of my abilities. I couldn’t have been more wrong.

It turns out that nearly every single one of my dozens of abilities had their own card die-based mechanic, alongside the fact that every single combat turn received modifiers based on one of 9 tarot cards that were drawn. These diverse and deep options are the statistician’s dream, and are plenty of fun when mastered. For the newcomer, however, the game’s 30-second limit on turns will make combat nearly unplayable.

For those of you who do get the hang of the game’s Disgaea-style grid-based RPG combat, there’s plenty in the game to enjoy. For one, the visuals are gorgeous 2D-rendered anime sprites, complete with a multitude of animation for both characters and NPCs. The game’s floating world and watercolor roots strongly reminded me of Bastion, and that is absolutely a good thing. 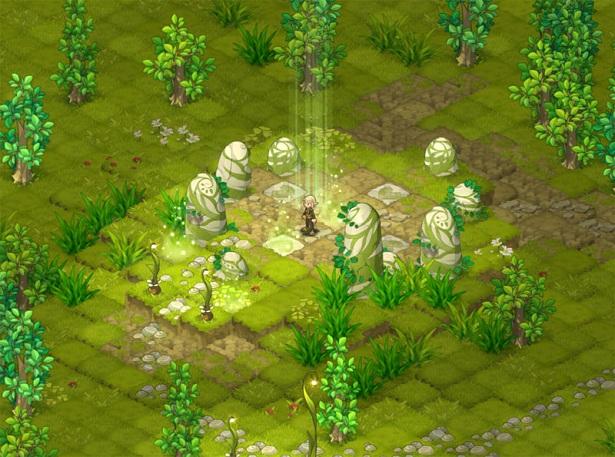 Gameplay quests are fairly standard, ranging from fun dungeon crawls to tedious grind and fetch quests. If you’re the kind of player that loves fulfilling meters in return for rewards, this is nothing new, but Wakfu‘s grinding element felt a little strict even for RPG standards. Defeating hundreds of creatures in real-time in search for a few crucial loot drops is bad enough in real-time, but in turn-based combat, things really start to drag.

It also doesn’t help that the game does very little hand-holding. There are dozens of menus and statistics to manage, and for the most part, it’s all up to you to figure out on your own. The game’s very short linear opening leaves you free to explore very early – and it isn’t always a good thing. A few hours in, I ended up wandering my level 10 hero into a level 50 zone without warning. Wikis and walkthroughs are your friend, here.

But what might be the killing blow for Wakfu isn’t its hard-to-approach mechanics, but rather its lack of community. The players I did talk to were all friendly and helpful, but they were few and far between. Most of my explorations were done solo – never something you want to hear from a genre that’s supposed to be built out of a community.

This is where the game’s player-based economy falls apart. Ideally, you’d want to specialize in a small count of trades, gathering an abundance of exclusive resources and trading with other specialists for theirs. However, when half of the game’s towns have completely barren shops, you have to do all of the work on your own. Not only is it a tedious process – it’s also a lonely one.

Wakfu is one of the few games in a long time to truly make me sad. The extremely deep and confusing tactics-based gameplay is enough to make any casual gamer turn immediately, but I found myself getting deeply engaged in all of the game’s quirks and mechanics. Alongside the beautiful animation and art direction, it’s a game that I desperately wanted to fall in love with. 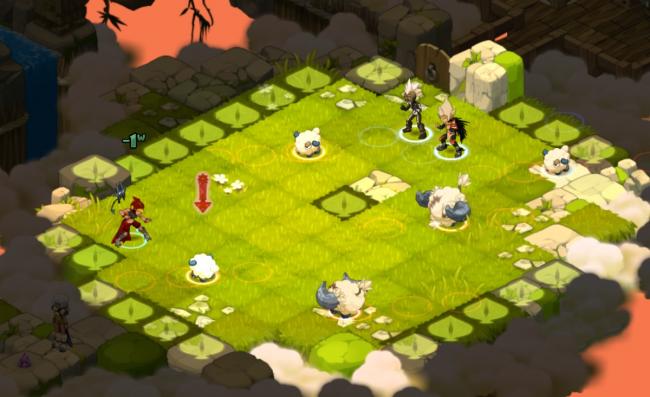 But, sadly, until Wakfu sees a huge resurgence in advertising or membership, it’s very difficult for me to recommend it over community-heavy titles like Runescape. It’s completely free to try, but many mechanics, such as a majority of the areas and currency, are walled off until you pay an (admittedly very reasonable) monthly subscription. It’s too bad that most of the things that open for you with subscription are hard to enjoy without a group of friends ready to play with you.

Wakfu could be a solid title with a great community, but when I played it, it already felt like it was on life support.