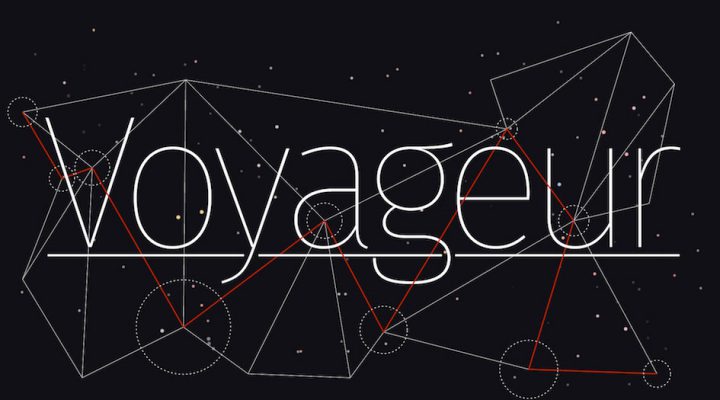 Ideal for those wanting a slower paced experience

Gets samey after not very long at all

Sometimes, only a reset will do the trick

Voyageur is an intriguing tale of sci-fi style exploration that gradually switches from fascinating to a little too ponderous for its own good. It never quite reaches the heights of its potential, but you’ll still find it strangely compelling. Until, that is, one day it’s not.

Entirely led by player-driven choices, Voyageur is akin to a text adventure or visual novel. There’s no need for fast reflexes here. Instead, you’re given a series of menu options to denote what choices are available to you. Typically, each new well-populated area has a place for you to explore, a marketplace to buy from, and maybe even a new crew member to recruit. You can buy additional supplies too, as well as repair your ship. More barren areas offer restrictive choices, but also the potential for discovering an impressive new sight or acquiring something that can be sold for a lot elsewhere. Alongside that, you can build up stat gains, simply by approaching scenarios in particular ways, giving you a sense of progression for your character. 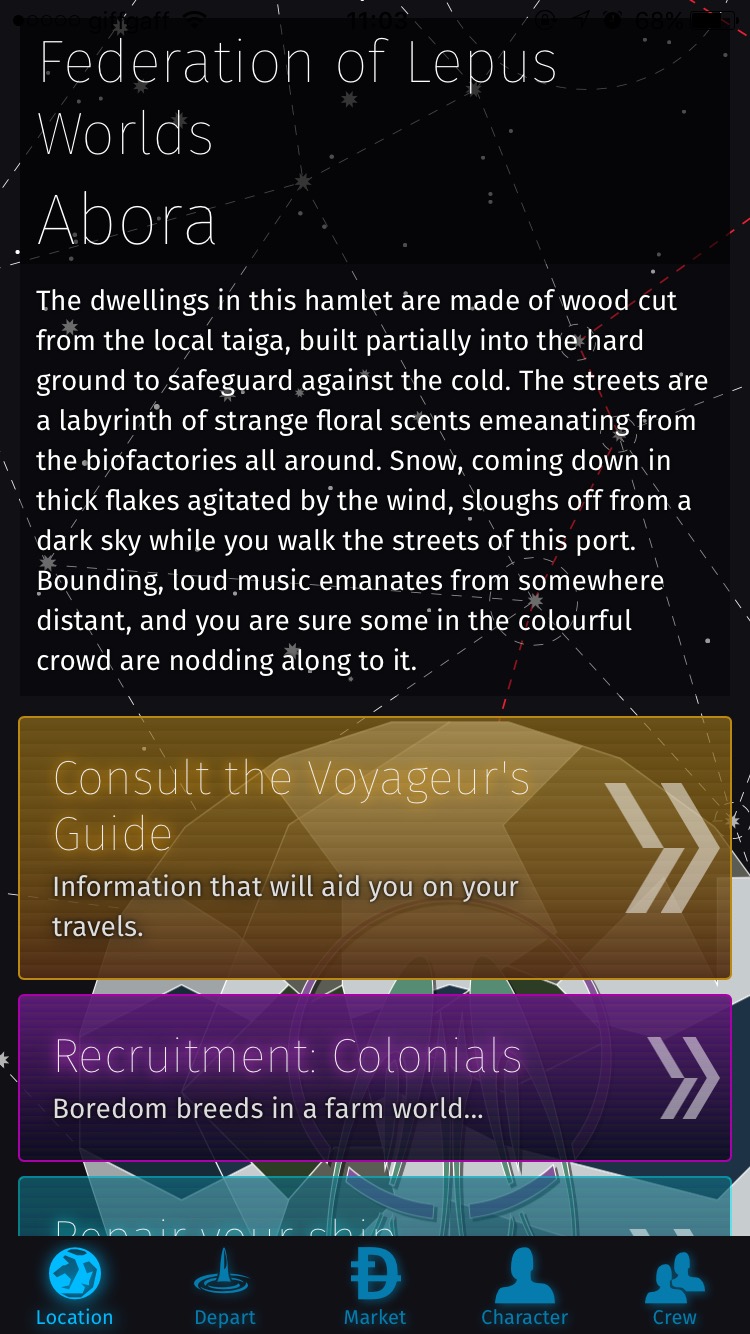 The flexibility that Voyageur offers is immediately appealing. You can live out your fantasies as an adventurer, tackling new worlds, and seeing what you can find. Early on, you’re given the option of becoming an adventurer or a smuggler, giving you some insight into what you can accomplish. Want to buy a hidden compartment for your ship to make smuggling goods easier? That’s an option, much the same as you can choose to give in to every pirate you come across.

Voyageur isn’t without its faults though. For instance, you need supplies to travel around, but you can end up stranded. At one point, I didn’t have enough supplies to leave the planet and I couldn’t buy more. I had to reset the game which felt a little unsatisfactory. I’m all for needing to plan more carefully, but the lack of an option to suggest ‘hey, you’re stuck’ wasn’t a great sign. 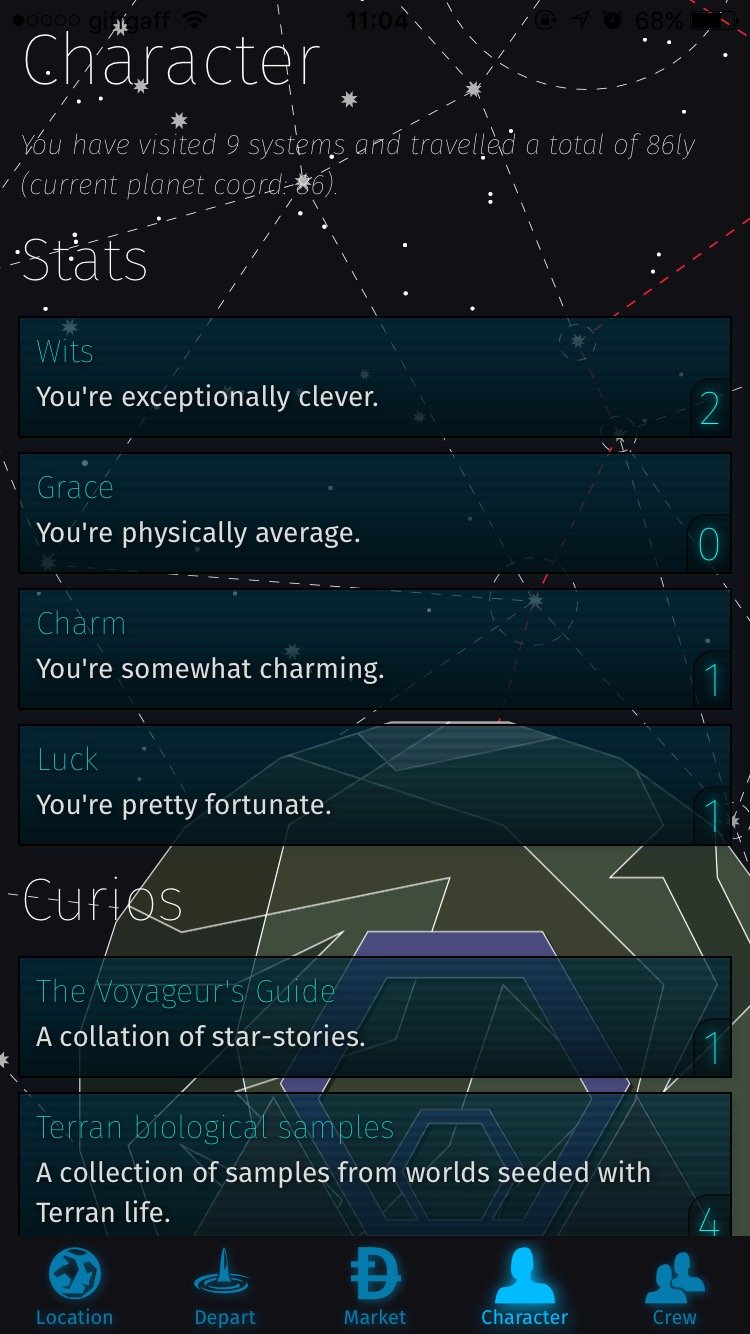 There’s also the issue that the more you play Voyageur, the more you realize that each planet is very similar to the last. You’ll only actually see any variety for a short space of time, before things begin to repeat. The same scenarios pop up, and you realize you’ve done this before. It’s kind of like how something like The Sims is so wonderfully addictive until it dawns on you how repetitive the experience is.

Of course, the beauty is that to an extent, you don’t really care. For a while, you simply enjoy the form of freedom that Voyageur entitles you to. The illusion of freedom is sometimes more important than actual freedom. Indeed, you’ll find yourself creeping back for more as you can accomplish quite a lot in the space of a few screens of activity. Buying and selling between planets for an extra few credits. Even if you’ve probably seen and done it before. 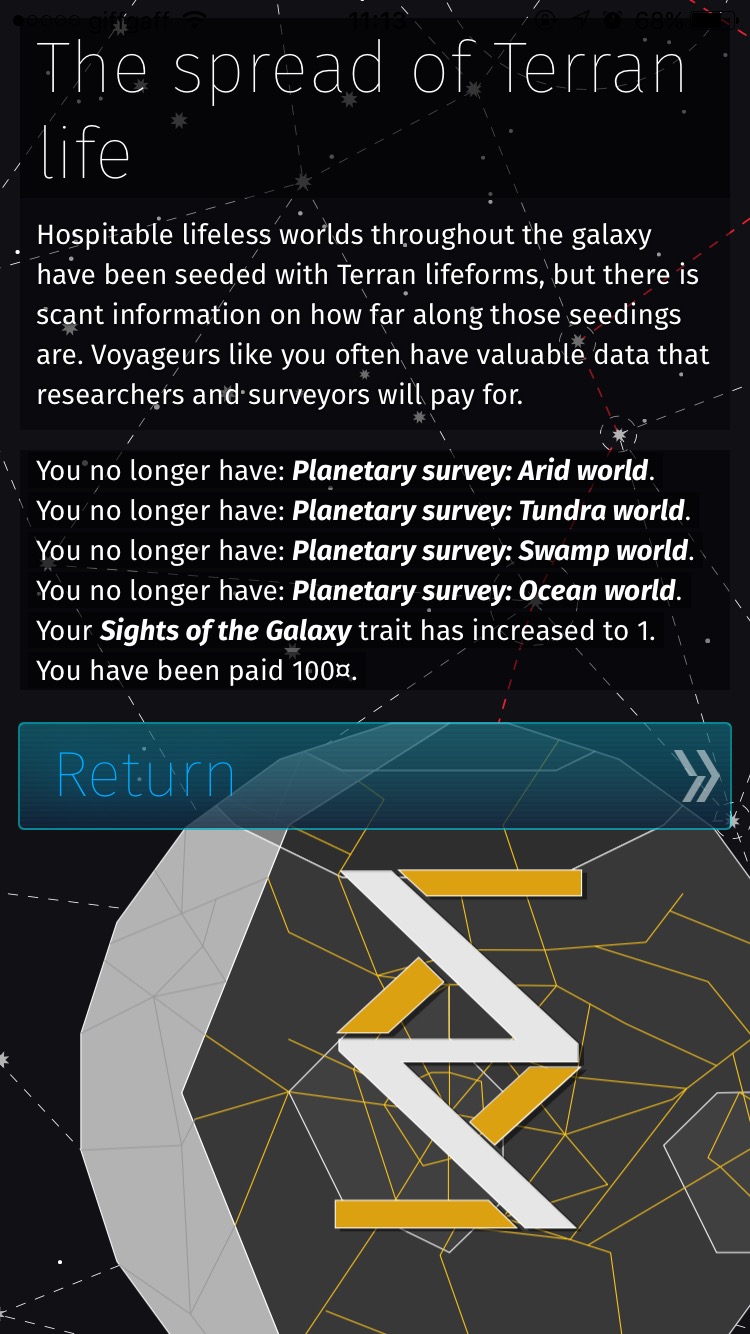 In terms of ambition, it’s hard to fault Voyageur. It’s like little else already out there. By cramming so much in though, it’s not quite as heavyweight as it would like to be. Its storyline lacks the panache of Tin Man Games’ offerings, while its gameplay isn’t as gripping either. Yet that sheer sense of scale and that feeling that you’re exploring a brave new universe means you can’t help but quite like its flawed ways. You’ll keep tapping away at those menus just to see what’s next on your mission to be, well, whatever kind of space hero you want to be.