By John Bardinelli | 4 years ago 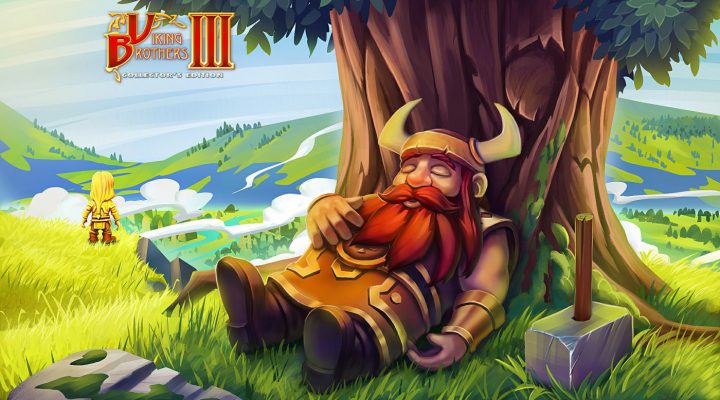 Some of the paths are a little hard to see.

Not a lot of gameplay variety.

There’s trouble in the realm of Asgard, and only the brothers Evarand and Boromir can set things right. Viking Brothers 3 is a lighthearted time management game set in the mythical realm of ancient lore. You’ll meet gods and goddesses, activate runes, and clear paths of debris, all in an attempt to save the kingdom from impending doom. Not bad for a couple of fishermen, right?

Viking Brothers 3 is set up like most road-clearing time management games out there. You’ve got a handful of resources to pay attention to, everything from stones to wood, food to gold. By sending out workers you can pick up free piles of these resources, or spend them clearing obstacles out of the path. Just about everything you do costs resources, though, so you have to plan which roads you travel and which ones you leave be. 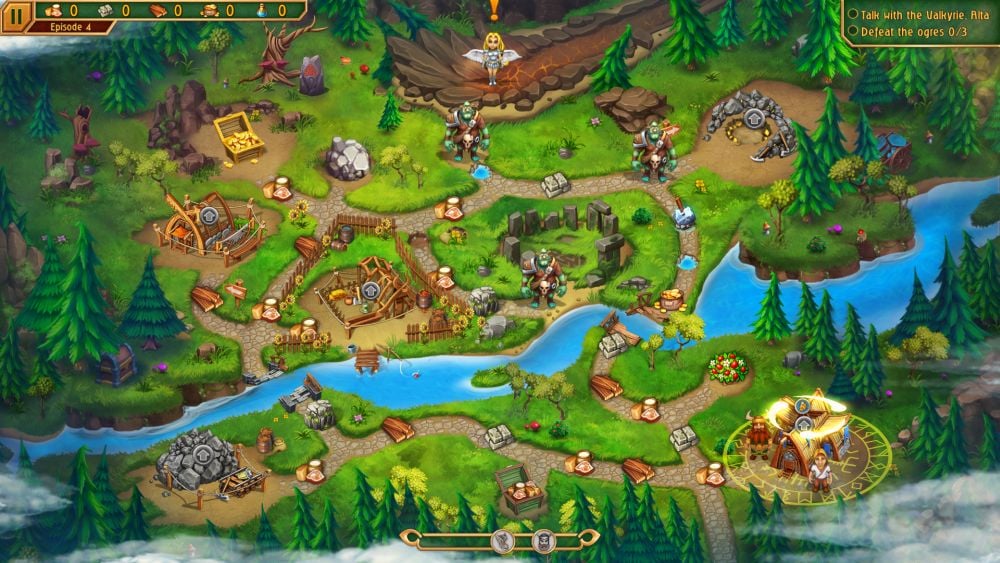 Upgrades and power-ups are a big part of the Viking Brothers 3 experience. You have buildings corresponding to each resource (sawmills for wood, quarries for stone), and if you manage things right you can upgrade them to be even more productive. The bottom of the screen holds a small bar that fills over time. When it reaches an icon, you’ve got a power-up you can use. These vary from level to level but often give you things like a temporary extra worker or speed boosts for all of your clan.

Each stage has a set number of goals to complete that often require opening up the entirety of the map. A lot of these involve mundane things like chatting with other vikings, but occasionally you’ll get to fight ogres, take on wolves, smash pillars, or have a real conversation with a goddess. It’s not a staggering amount of variety, but it’s enough to keep you guessing. 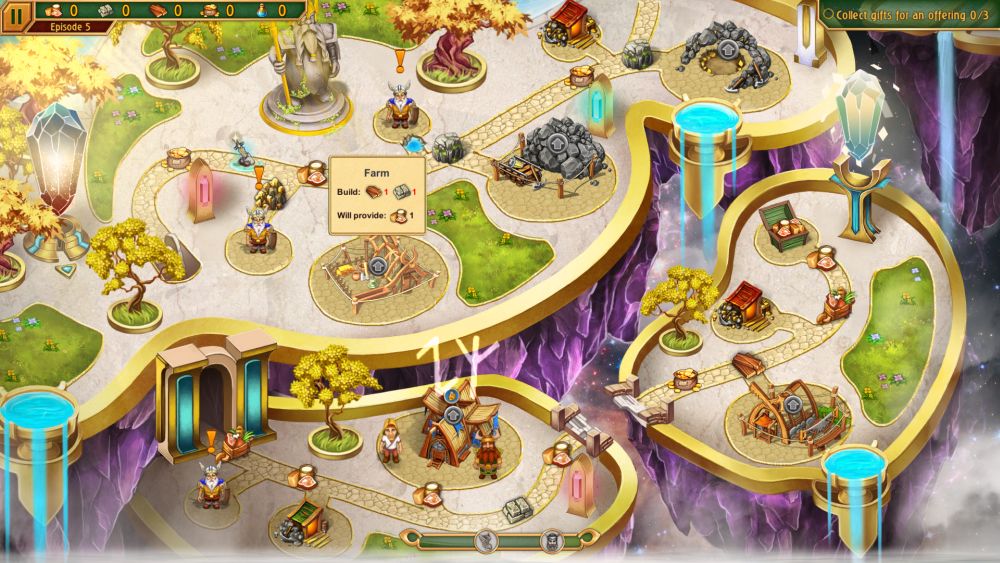 The Viking Brothers 3 quest takes place over a few dozen levels scattered across seven realms. Each of these introduces new obstacles to contend with, but the core gameplay never deviates from the basics. It’s a game about managing resources. Sometimes things will be tight, sometimes they won’t, but as long as you keep an eye on the count and push your workers to the limit, you’ll do just fine.

Viking Brothers 3 sticks with the basics but presents them in a fun, lighthearted way. The story leaves a little to be desired, but the character dialogue delivers some funny moments that makes it a great ride.