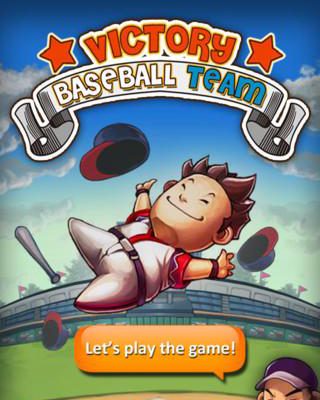 Victory Baseball Team fails to score a run in a lackluster outing.

While simulation-style and arcade games make up most of the sports game population, there’s always been a niche market for management titles. A few of those titles went on to find modest amounts of success, but the majority have been forgettable or outright bad. At first glance, Victory Baseball Team appears to be a bit more polished than many of its relatives. Upon further inspection, this game strikes out every single time it steps up to the plate.

When you first start up Victory Baseball Team, you’ll be prompted to create a team. It’s an incredibly simple process consisting solely of selecting uniform colors and choosing a team name. I was quite excited to have named my team after Dhalsim, from Street Fighter. I was even quicker to dress them up like my beloved Minnesota Twins. Unfortunately, team creation ends far too soon and that’s where the rest of the dull, repetitive experience begins. 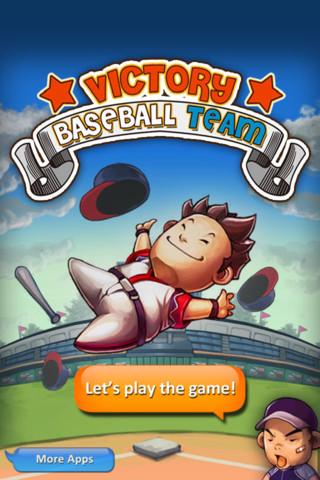 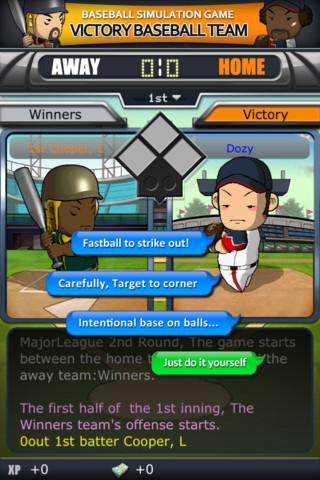 After making your team, your can reorder your lineup then jump right into your first game. Management games aren’t typically known for having memorable or addictive play during an actual game, and Victory Baseball Team is far from an exception. Once the game starts, it turns into a series of bland choices. You can give your batters a few options: swing for the fences, go for a base hit, or wait for the first strike. Pitchers have three options of their own: Fastball down the middle, aim for the corner of the batter’s box, or intentional walk. All of those options give you a temporary bonus in a specific stat. You may be more likely to hit home runs, get walked, or force a ground out. To prevent abuse of those bonuses, their effects diminish if you use them too often during a game.

Of course, you shouldn’t have a problem with that. Both pitchers and batters have a fourth option: “Just do it yourself.” This gives you no bonuses, but your players will generally play to their strengths. In order to save your bonuses for important situations, you’ll be using this option almost all the time. In fact, I found myself using it the entire time in some games. There are a few situations where you can use the ability boosters in a strategic manner, but you can easily succeed without using them.

Games are short, but you’ll get so bored they’ll feel like an eternity. Balls and strikes are irrelevant; you only need to give one command to each new batter. The animations take forever and make the games run about twice as long as they should. This, combined with the monotony of pressing the same button over and over, is a complete bore. 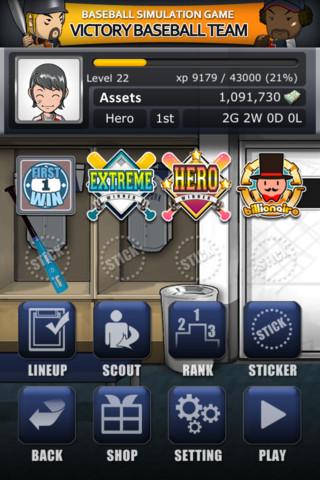 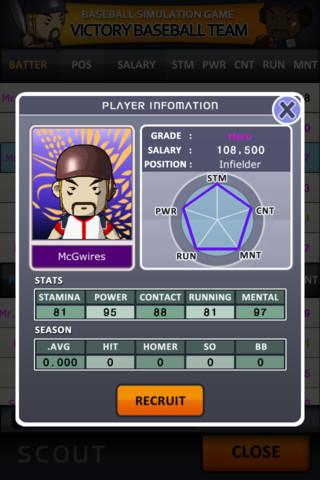 With the money you earn from playing, you can sign new players to your team. After one season, you’ll likely have the best available prospects on your team (unless you unlock one of the expensive top-level players). To make a mockery of the management portion of the game, you only ever need 10 players on your team: 8 fielders, 1 pitcher, and a designated hitter. There’s no real benefit to having bench warmers. Because of the limited rosters, it’s fair to say the out-of-game management is just as dull and bare bones as the game day management.

Other than the rosters, there’s not too much. You can check your league rank, though there’s not a ton of motivation to win your championship. You can see your stickers, the in-game achievements. There’s also a shop where you can use real money to buy in-game currency (trust me, there’s absolutely no reason to do that) and settings that let you adjust sound, uniform, and game length (though the default 5 innings is more than enough). When you finish a season, you can pay to move up to the next league with better players and what claims to be a higher difficulty. If you willingly play through more than one season, you’re a better person than I am. I made it through a lot, but after the first, I found myself mindlessly hitting the “Just do it yourself” button.

A good management game challenges your strategy and creativity. Maybe they’re tycoon-style games like Game Dev Story, sports games like the Football Manager series, or something in-between like my personal favorite: Extreme Warfare Revenge. Victory Baseball Team takes everything that makes these titles great, throws them out the window, then slaps some cartoony graphics on what’s left over. Unless you’ve mastered every other sports and management title on your mobile device, avoid this completely.

Someday, I may look back and feel differently about Victory Baseball Team. I’m fully expecting the Chicago Cubs to win a few World Series titles before then.