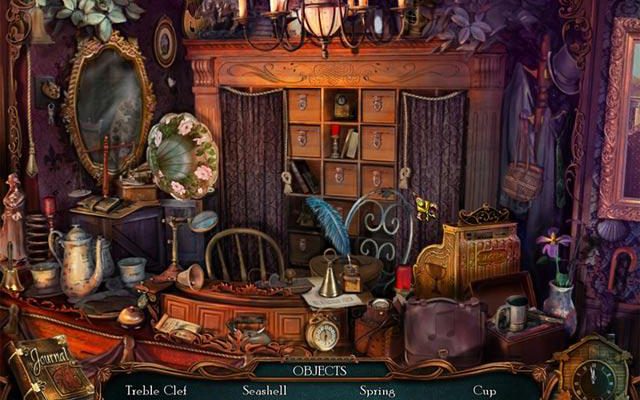 French novel The Yellow Room by Gaston Leroux is considered one of the greatest “locked room” mysteries of all time. In it, a crime is committed within a locked bedroom and the assailant escapes, seemingly vanishing into thin air. Despite the story’s distinctly 19th century themes, The Yellow Room remains one of the most surprising works of detective fiction ever written. Due to a fundamental flaw, its interactive equivalent, Victorian Mysteries: The Yellow Room, is somewhat less compelling.

On the surface, The Yellow Room seems like the perfect vehicle for a hidden object game. As a criminal investigation set in the French countryside, it’s packed with interesting suspects, unusual clues and picturesque settings. At the heart of the story is an ambitious young reporter, Joseph Rouletabille and his nemesis, famed detective Frederic Larsan. The two match wits in an attempt to out-deduce one another and the end result is both entertaining and shocking. Both Rouletabille and Larsan are admirable main characters—either one of them would have been fun to play. The problem is, you don’t get to play either one of them and instead are relegated to side-kick status as Rouletabille’s assistant/photographer, Saingermaine. 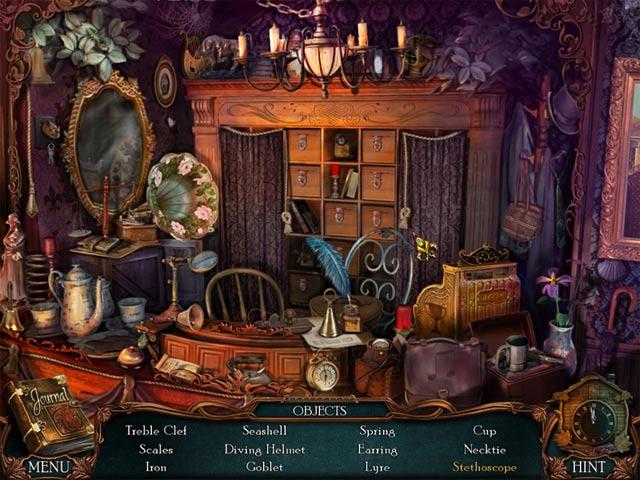 This decision by developer Freeze Tag Games is a strange one. Games, books and movies have us identify with heroes for a reason; people dream of becoming a hero. No one dreams of becoming a side-kick. In Victorian Mysteries: The Yellow Room, you’re forced to take a back-seat to Joseph Rouletabille and spend your time running errands for him. In some ways, this strange arrangement actually works. For one thing, your main job is to find clues and take pictures of them. It’s fun to take pictures and see them stored in your journal, along with related insights into the case. You also get to photograph suspects, and by doing so you gain extensive bios for each of them. Best of all, you get to eavesdrop on people’s secret conversations.

Of course, this is a hidden object game, so in between shutter-bugging and listening in, you also do a good amount of exploring, puzzle-solving and item hunting. The game’s hidden object scenes aren’t all that innovative, but they’re nicely done, particularly in regard to their lighting effects. The game’s puzzles are a bit better in terms of creativity, and some of their resolutions consist of two layers (such as solving a puzzle in order to uncover a keyhole and then having to find the key). It’s also fun—at least during the first third of the game—to take part in the dialog sequences, which allow you to respond to characters by choosing from a list of responses. I say “in the first third,” because for some reason this mechanic vanishes early on, rendering every subsequent exchange between you and the characters distinctly one-sided. 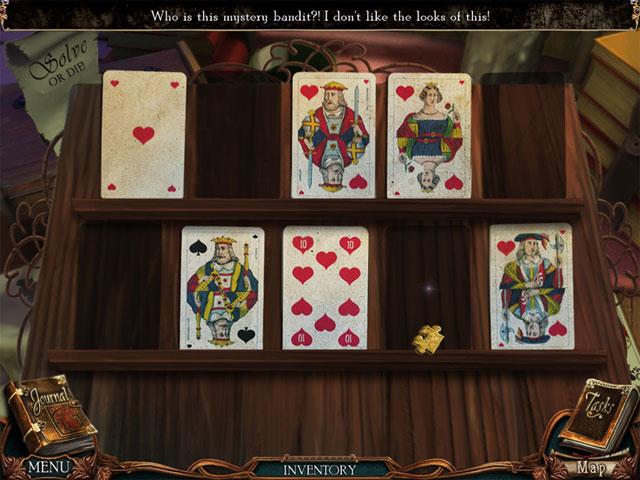 Whether you participate in the conversations or not though, there’s a lot of voice-over to listen to, so it’s fortunate that the acting’s pretty good. (Well, for actors whose cheesy French accents make them sound like they took lessons from Peter Sellers’ Inspector Clouseau.) The graphics are pretty good too, although at times the character animations are a bit robotic. Other pluses: a detailed map that clearly outlines all of your objectives and its accompanying task list. Not pluses: the Hint button that only exists during hidden object scenes, and the seriously disappointing ending. This game is a regular, not a Collector’s Edition, so there’s no strategy guide. Without a Hint button, that means if you get stuck (and toward the end you might, since for some reason, the task list stops updating) there’s no way—short of looking up an internet walkthrough—for you to get rolling again.

And in regard to the ending, while the game’s end remains true to the original story, the difference here is again; you’re not the hero. When things come to their dramatic climax, you’re not the one revealing the case’s brilliant resolution. Your job is to stand there like a clueless bystander while someone more heroic than you saves the day. This, as you might imagine, is less than satisfying.

Game developers figured out some time ago that classic literary works, done right, make for great hidden object games. By taking on Gaston Leroux’s celebrated mystery novel, the makers of Victorian Mysteries: The Yellow Room certainly had the right idea. They might even have succeeded but for one serious mistake; they chose not to put the player at the center of the story. Why they did it is a mystery in itself, because while bookworms and movie-goers might enjoy merely witnessing events, gamers would rather participate in them. Ah well. Here’s hoping that in their next game, they’ll let us be the heroes.