Venus: The Case of the Grand Slam Queen Review 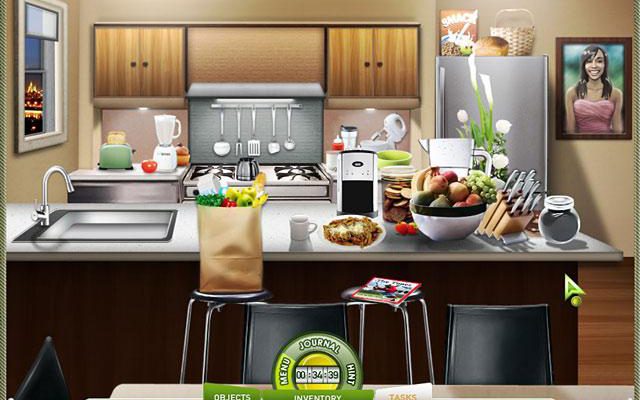 Hidden object game Venus: The Case of the Grand Slam Queen has some inventive ideas, a decent little mystery, and a good sport of a lead character in tennis superstar Venus Williams. What it lacks is polish and technical acumen. Its heart is clearly in the right place, but it’s woefully amateurish compared to other HOGs you can play.

The game centers around Venus doing her best to deal with a stalker. The mystery, to use the term generously, continues with passed notes, cryptic phone calls, and shady characters aplenty, but you probably won’t actually experience any of that because you’ll be jamming on the “Skip Scene” button as fast as you can. As much as I appreciate that Venus took the time to voice the game herself, she’s really pretty terrible, as is just about everyone else in the cast. Watching characters stare blankly at each other as chat bubbles lethargically appear above their heads is not a great way to spend an afternoon, no matter how many sports trophies they’ve won. 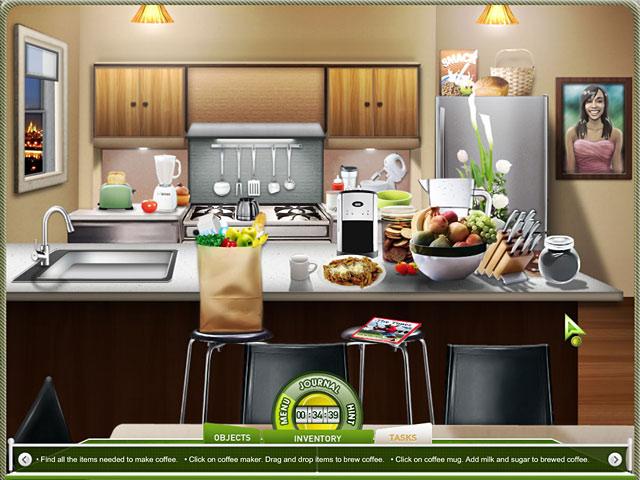 The actual game part of The Case of the Grand Slam Queen fares somewhat better, mixing up several different styles of object hunts. There’s the standard, shopping list variety, the find the difference kind, and a fairly challenging mode where you have to use a camera viewfinder to locate the parts of the scene that match a series of photos. The art is fairly lackluster and simplistic – nothing you see will wow you. Granted, a game based in reality has a tougher time mustering up stunning visuals than one based in fantasy, but even by the most loose standards, these are pretty dull.

The game’s lack of technical ability is most glaringly obvious in the find the difference segments. If you’re having trouble spotting that last inconsistency, just look for something that appears to have been altered using MS Paint. There’s simply no subtlety to it at all. If Venus is wearing a white visor in one frame, it’s probably a bright, blocky glob of blue in the next. Not every hidden object game has to be overflowing with difficulty, but it doesn’t really feel like The Case of the Grand Slam Queen is trying all that hard.

The chapters are sprinkled with a few minigames, which vary both in fun and quality. Much like the rest of the game, they feel like they were created as part of an end-of-year project for students at a game design school. Is there anything wrong with smashing soda cans in a Breakout-style clone? No, not really, but there’s nothing really right about it, either. You can skip or replay the minigames as you see fit. 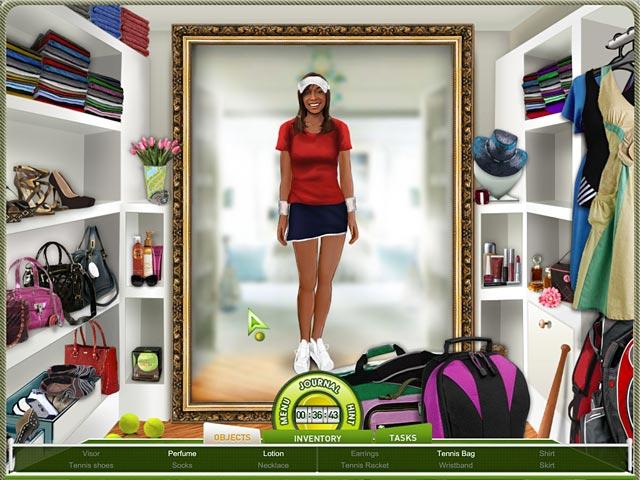 One aspect of The Case of the Grand Slam Queen that I did enjoy was how it handled your forward progress. The game begins with just the first chapter unlocked; to move on to the next part of the story, you’ll have to comb Venus’ journal for the tidbit of info that forms the password. It’s not much of a roadblock, what with being essentially an open-book test, and all, but it’s a fun little layer of gameplay.

The game also clearly wants to honor its star, frequently offering up facts and figures about Venus’ amazing tennis career. We see her not just as an incredible athlete, but as a savvy businesswoman, fashionista, and just plain nice gal. We also spend time in her closet and dress her for tennis practice, which is honestly a little creepy.

Unless you’re a major Venus Williams fan, there’s really just no reason for you to waste your time and money on The Case of the Grand Slam Queen. It has some genuinely decent ideas, but it’s just nowhere near the current standard for hidden object games. The acting is terrible, the writing is pretty awful, and the visuals are well below par.