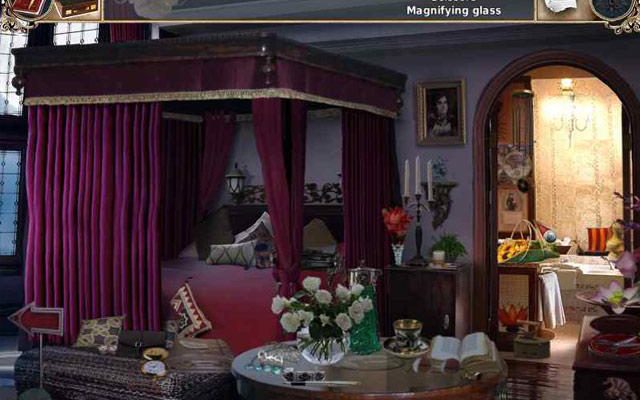 In most hidden object games, you’re penalized for too much random clicking, but in Vampireville, failure to click like crazy will leave you dead in your tracks. It’s just one of the ways that Vampireville tinkers with the typical hidden object game formula, but sadly the game’s fresh attitude isn’t enough to counter its lack of polish.

When we first meet the game’s hero (who bears an uncanny resemblance to Keanu Reeves), he’s being sent to a creepy old mansion to see if its fit for sale. He’s not the least bit alarmed to discover that the first member of the firm assigned this task went crazy trying to complete it, though whether that’s because he’s particularly brave, ambitious, or thick-headed is somewhat up for debate. Almost immediately after arriving, he discovers the mansion is chock full of ghosts, vampires, and all manner of secrets. I wonder how that affects market value?

You’ll have to overcome a variety of obstacles during your investigation of the house, which involves conquering a number of hidden object levels and puzzles. The hidden object sequences vary in form, sometimes providing a list of items, other times tasking you with spotting several instances of a single object, and still other times…you’ll have absolutely no idea at all what you’re meant to be finding. When the coal shovel falls behind the boiler, you’ll have to get it out. How? Figure it out. 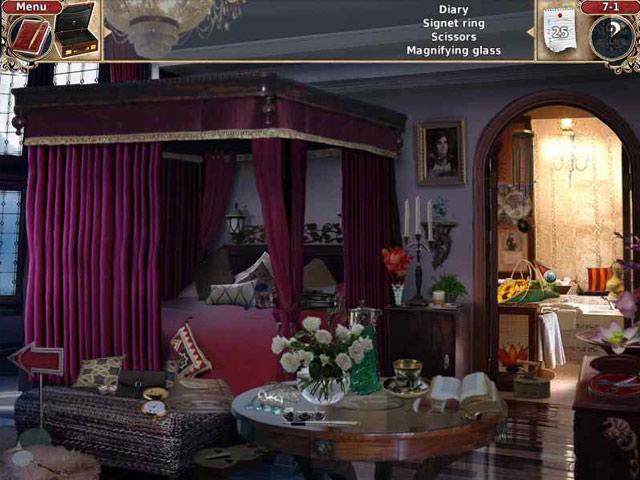 While some players will appreciate not having the answer spelled out for them, Vampireville‘s constant lack of instruction will undoubtedly leave others feeling frustrated and aimless. Compounding the problem is that much of the game’s scenery is interactive, but it’s not immediately obvious what can be moved and what can’t. In some cases, it’s intuitive – you can probably guess that the curtains can be pulled aside or that the cabinet opens. Most of the time, however, you have no idea something is clickable until you try clicking it. If you mouse over an interactive item, you sometimes get a telltale sparkle, but not always, and if you’re looking around quickly, the sparkle can be very easy to miss.

The interactive items are a fun tweak on the hidden object mechanic, but most of these levels end up one of two ways: with you frantically clicking every single thing in the level in case it might slide out of the way, or just using a rechargeable hint to point you in the right direction. Even when you’re flat out told what to do, the game does its best to make your life difficult. The maid tells you she’s left the key behind a plant in your room. What that means in practice is that you have to turn on two lamps to illuminate the flower on one plant, because only then will clicking the plant reveal the key. 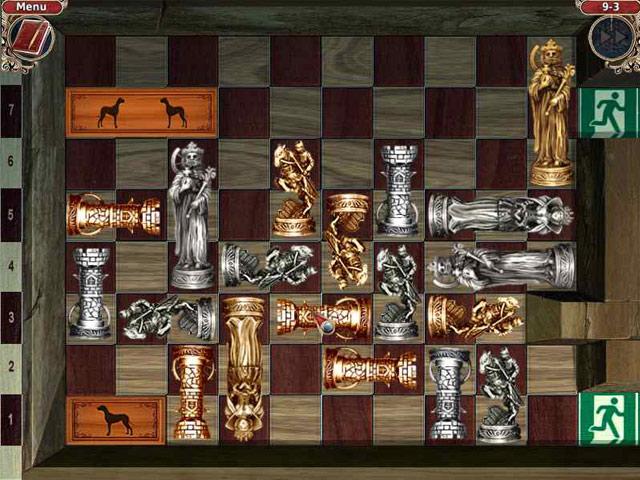 The game’s puzzles are colorful and woven into the story well, but suffer from a similar lack of clarity. To restore electricity to the lights, I had to reroute wires to connect fuses to the power source, a familiar enough puzzle. But even when the wires were connected, the power didn’t always flow. Why? I’m not sure. Eventually, I got the right configuration, but I still couldn’t tell you why one connected path worked while another didn’t, and the game was keeping mum on the subject.

If you’re particularly in tune with Vampireville and have no trouble divining the mysteries of its gameplay, you may still be somewhat put off by its odd presentation. The animated 3D characters have plenty of personality, but the voice actors giving them life are simply terrible. One character, meant to be at most in her early 20s sounds like she’s in her 40s and our hero is about as charismatic as a wet paper bag. Fortunately, you can click through the dialog as fast as you can read it, thus avoiding much of the painful voicework.

Vampireville has some fun ideas, good puzzles, and a story you’ll want to see through to the end. It’s also fairly long and will last you several hours. If only it had a bit more polish and attention to detail, it would be a must have, but as it is, make sure you try the demo first.