Vampire Saga: Welcome to Hell Lock makes like a vampire and sucks

Pop quiz, hotshot: what do vampires do? They suck, of course. And what does the new hidden object horror game Vampire Saga: Welcome to Hell Lock do? You guessed it: it sucks.

Normally I like to begin a review by focusing on a game’s strengths, the aspects of it that are most likely to be well-received by players of all stripes, and so I shall do that here to the best of my ability by saying that Vampire Saga: Welcome to Hell Lock is almost certainly not the worst hidden object game you will ever play. To be fair, it’s not even all that terribly awful. It’s just blandly, generically bad: silly, tedious, eminently forgettable and, given all the other hidden object games out there that don’t suck, really not worth the bother. 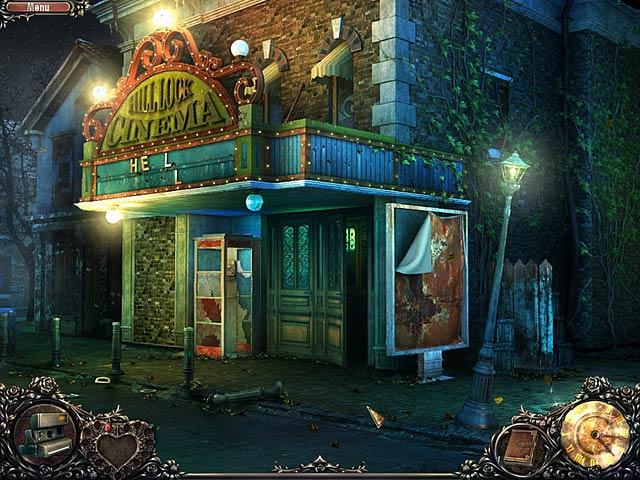 To the game’s credit, there’s at least one moment that’s pretty creepy. You’ll know it when you see it, believe me, and I’m not going spoil the surprise for. It happens relatively early – within the first of roughly three hours of play time, maybe four if you like to take it slow – and it promises some legitimate, Salem’s Lot-style chills ahead. Sadly, that one creep-out on its own is not worth the price of admission and it’s all downhill from there, as the game fails to deliver on that early potential.

Welcome to Hell Lock is, technically, a hidden object adventure, but the vast majority of the adventuring consists of a simple, sequential series of “find object, use object” maneuvers. Puzzles and mini-games are very few and far-between, and tend to be frustrating despite their obvious simplicity because they’re also rather obtuse. One such “game” requires the use of a magnetic crane to move an obstacle blocking an entrance. The crane is about as complicated as a preschooler’s Tonka Toy; the trick is figuring out what specific part of the obstacle the magnet needs to attach to and because there’s absolutely no indication given, you’re liable to spend minutes just waving the thing back and forth until something clicks. A “skip” option is available and although it’s irritating being forced to throw in the towel not because a puzzle is too tough but because it’s so poorly designed, in this game I would advise that you not be afraid to use it.

It’s hidden object scenes that are the game’s raison d’être, but while they’re plentiful, they’re not particularly good. The game’s visuals are decent but tend to be a little on the muddy side, which may be appropriate for the dark subject matter but isn’t especially conducive to enjoyable hidden object searching. Not that the HOG scenes are very difficult. Quite the opposite, in fact. Welcome to Hell Lock is one of the easier hidden object games I’ve played, for two reasons: one, the hidden object scenes are used repeatedly, with all the same objects in all the same places every time, and two, the objects you’re required to find tend to be the same from scene to scene. You’ll be looking for the same mix of stuff – pliers, daggers, jewelry cases and ropes are popular – from the first hidden object search to the last.

Making things worse is the way each word in the list of items glows green when the cursor is near it. The closer the cursor is to an item, the brighter its description glows, and it’s no exaggeration when I say that I found a substantial number of the objects in the game by simply moving the cursor around on the screen while keeping an eye on the object list. There’s no way to stop the glowing short of covering the bottom bit of your monitor with duct tape, and assuming you don’t want to do that, you really can’t avoid that helping hand. The net result is that gamers who want any kind of meaningful hidden object challenge are bound to be disappointed.

The cleverest thing about Welcome to Hell Lock is the way it uses virtual photographs instead of a map to assist with navigation. Pictures of each of the game’s locations are added to a photo album as you visit them, and to travel directly from one spot to another you simply click on its photo. It even ensures that you know where to go (and reduces the aforementioned low difficulty even further) by tagging each photo that has an active hidden object scene or other activity.

The downside to that is that you can easily spend the whole game traveling via the photo album, bouncing randomly from location to location as you’re directed, with no feeling of a cohesive narrative unfolding before you. You’re just flipping randomly through a half-dozen pages of a virtual picture book, clicking where you’re told, working through a half-baked hidden object search or “use item on…” puzzle, and then returning to the album to find the next waiting activity. Repeat ad nauseum until it’s finally over.

If that doesn’t sound like much fun to you, there’s a pretty good reason. It’s not. Vampire Saga: Welcome to Hell Lock is an all-around disappointment in pretty much every way. The graphics and music are unremarkable, the story is nonsense (even for a hidden object game) and worst of all, it’s just dull and uninteresting. Even the connection to vampires is tenuous at best; I’m no fan of sullen, angsty undead hipsters but at least they show up in their games. And when a game is bad enough to make you feel a twinge of nostalgia for that sort of faux-Twilight drivel, well, there’s only one way to put it: it sucks.