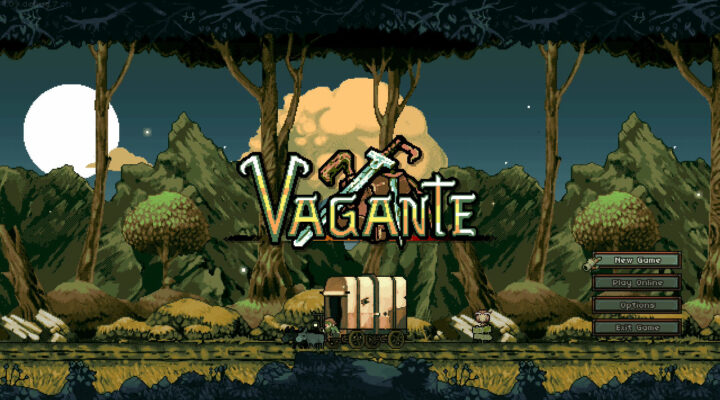 May be too hard for some

Roguelikes are ten a penny nowadays, so it’s not to Vagante’s advantage that it’s not a massively accessible title.

A 2D side scrolling platformer entry in the genre, it sees you exploring a number of sprawling dungeons. You’ll battle monsters, uncover treasure chests, and avoid various traps – you know the drill.

Although it boasts attractive moody pixel-art aesthetics and a darker fantasy setting it doesn’t mess around when it comes to difficulty though – any mistake you make is usually punished severely. And swiftly. Yet it’s worth making the effort beyond a tricky start, as Vagante has a huge amount of depth in both its character classes and the weaponry at your disposal.

Which is important, as there are only four different biomes to explore – with each one having three floors. These can get a tad samey, so it’s often down to the core mechanics to pull you through the experience. So it’s essential to build up your character and make sure they’re exactly what you want. Initially you’ll only be able to play as mage, knight, or rogue – but more become available as you progress.

They all have a different weapon and varying stats, with this negating the repetitive nature of the dungeons. To some degree anyway. The difficulty also does help the game create a palpable sense of dread on occasion, although many will find this off-putting – which means the co-operative options where up to four of you can play together are very welcome.

You can play online and locally too, and at its best – and with four players of equal skill level – it can be a massively rewarding experience.

Ultimately Vagante is no masterpiece, but it has an impressively satisfying core gameplay loop that will help this appeal to more hardened roguelike fans. Less experienced fans of the genre may want to steer clear though.