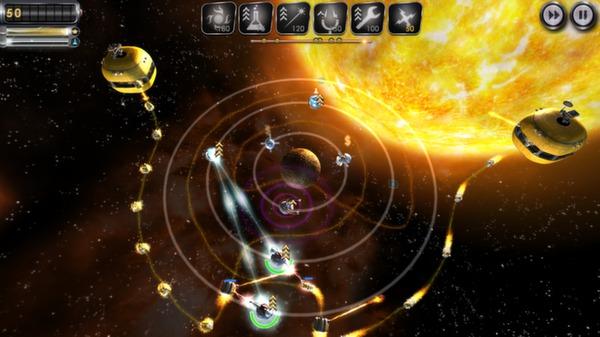 Looking for something different in tower defense? Try Unstoppable Gorg!

The heyday of drive-in theaters is long past us. Though a few still exist here and there, those of us my age will never know the thrill of seeing a triple feature of monster flicks when they were still new. Sure, we have those multi-DVD sets available to us offering 50 movies for $10, but it’s just not the same. Luckily, games aren’t bound by such rules of the time-space continuum. Futuremark Game Studios’ new tower defense game, Unstoppable Gorg, is here to fill a hole in your gaming library you probably didn’t know existed.

In Unstoppable Gorg, you’re charged with trying to save the solar system from the Gorg attack. The whole game wholeheartedly adopts the look and feel of every sci-fi film made in the 1950’s. In between the 21 levels of the main campaign, you’re treated to cheesy videos that fill out the paper thin story. The cheese factor is not even a little bit of a slight — it’s absolutely vital to capturing the spirit the developers were aiming for. Everything from the menus to the music and character design fits in perfectly to the theme.

Unstoppable Gorg offers a unique take on tower defense. While different waves of enemies each have a unique path, your towers are placed on set spaces around different orbits of the solar system. The orbits can be rotated at will to bring the towers closer to certain sections of the path, but are always set in their distance to the center of the orbit. The enemies’ paths might twist and turn but they always end up at the center, attacking whatever might need your protection.

This game is crazy hard. It starts out easy at first, but not long after you start it suddenly becomes tremendously difficult to finish the levels. I’m not along in this either; other friends also had the same opinion and all of us have varying levels of skill with tower defense games. While you always have descriptions of what all the friendly and enemy units can do many times seeing them action is a bit different and it took me many playthroughs of the same level to even begin to wrap my head around a decent way to attack it. I eventually started choosing “easy” to give myself a chance to get through the levels. Even at the lowest difficulty, though, it was not easy by any stretch.

Even with the campaign lengthened by the high difficulty, there’s still a challenge mode available where you go through the same levels as the story mode but with three or more restrictions placed making your chance of finishing the level even harder. A score-based arcade mode is also present for those who enjoy leaderboard competition. 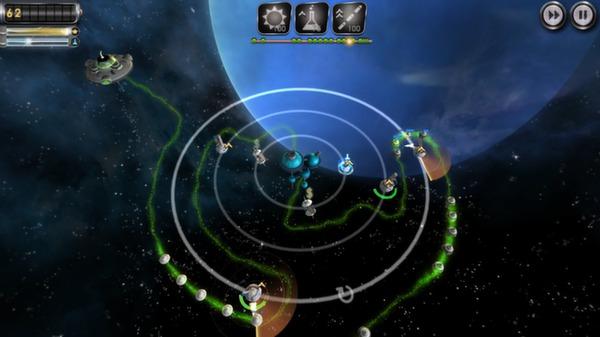 For those looking for a game that does tower defense differently, look no further. The combination of theme, gameplay and challenge should satisfy just about anyone who’s interested in the genre. Though the high difficulty will be a deterrent for some I found it’s definitely rewarding to build up your Gorg-smashing skills. At the manageable price of $9.99, you have no excuse to line up for the chance to defend your solar system.