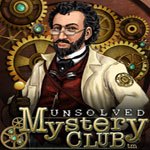 I play a lot of hidden object games. The bulk of them are pretty much the same in most meaningful ways, falling into that dull, hazy gray area of “average,” but every now and then one comes along that really stands out from the crowd. This is one of those times: The name of the game is Unsolved Mystery Club: Amelia Earhart, and it is very, very good.

The game opens with a solid but conventional cinematic detailing the 1937 disappearance of famed aviatrix Amelia Earhart. Tor those who don’t know the story (and shame on your for it), Earhart and navigator Fred Noonan disappeared without a trace on July 2, 1937, during her attempt to become the first woman to fly around the world. Interest in her disappearance has endured to this day and while several theories have been put forward, no solid evidence to support any of them has ever been found, making it a perfect case for the newest member of the Unsolved Mystery Club: You!

Your first task as part of the team is to figure out how to get inside the Unsolved Mystery Club Warehouse, the group’s vast headquarters and repository of information related to its many cases. It’s a simple matter that’s also an effective tutorial for new players, illustrating how objects in the game can be used to accomplish various tasks. Once inside, you’ll meet Henry Hudson, a bearded oddball who will oversee your mission, then it’s one more quickie tutorial and you’re on your way.

The game is divided into five chapters representing five periods of Amelia’s life, from her childhood to her final flight. Each chapter features three locations with hidden object searches; once the locations have been completely searched, an “artifact” offering insight into some part of her life must also be discovered. Some objects cannot be revealed without the aid of other items that must be found first – an ax to cut down a tree, for instance – and these secondary items are usually hidden away in one of the chatper’s other locations. It doesn’t complicate things as much as it might sound (the chapters are entirely self-contained, so you’re never dealing with more than three locations at once) and you’re going to find all this stuff sooner or later anyway, but it’s a nice twist in a genre that’s crowded with games all doing the same thing.

The object searches are challenging, with about a dozen visually well-defined objects scattered throughout clear, uncluttered levels. A few of the object descriptions require some thought – “one of ten” is particularly clever, but I don’t want to spoil it for you – but most are very straightforward. The between-level mini-games, meanwhile, are a pleasant departure from the norm. They’re simple little exercises but they’re different from the usual HOG time-fillers and, more important, they’re actually fun, especially the “stunt pilot training,” which plays like an old-time arcade game.

But what really separates UMC: Amelia Earhart from most of its contemporaries are the details, the extra touches that fill in the gaps between the gameplay. The game features detailed ambient audio that sets a unique and appropriate background for each hidden object level, while musical scores that wouldn’t be out of place in a cinematic trailer play throughout UMC headquarters and other areas. Levels load very quickly and tutorials are quick and to the point, covering all the details without getting in the way.

Most impressive of all, though, is the sheer amount of entertaining, educational information the game offers up about its heroine, Amelia Earhart. Each section culminates in a 30s-style newsreel about Amelia and her many accomplishments, with lots of archival video, photographs and audio recordings. If UMC: Amelia Earhart isn’t a labor of love, it sure does a great job of pretending to be. I came away from it knowing more than I ever expected to about the world’s most famous female pilot and, I must admit, feeling the tragedy of her loss just a little more sharply than before.

The game’s only real shortcoming is its length. I’ve been saying that about a lot of hidden object games lately and maybe I’ve been unduly harsh, but UMC: Amelia Earhart is one of the shortest I’ve ever played, coming in at well under two hours. It’s no exaggeration to say that an experienced gamer could probably finish this thing off over a lunch hour; I realize that hidden object games aren’t meant to be epic, 60-hour experiences but it does have me wondering at what point we say that this short is too short.

In this particular case, I think we have to say that this short is not too short, because UMC: Amelia Earhart is one of the best hidden object games I’ve played in a long time. The searches are fun, the pacing is excellent and the presentation and polish are absolutely second to none. There’s no mystery here: Unsolved Mystery Club: Amelia Earhart is one game that every hidden object fan needs to try.