By Kellie Cardwell-Winters | 12 years ago 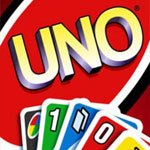 Exciting news! Gamehouse and Mattel have brought UNO, the card game of matching, strategy and concentration that people of all ages have been playing for nearly forty years, to Facebook. Finally, a way to play a tried and true classic in a fresh new format keeps the same rules and feel. You can play with other Facebook members all over the world, and soon you’ll be able to challenge your Facebook friends to play against you as well.

UNO is as addictive and fun as an online game as it was as a boxed card game you played with family and friends. If you have a Facebook account and love interactive card games mixed with a hint of nostalgia, this is a one social game adaptation of a classic you will not want to miss.

UNO was introduced in 1971 by the Mattel company, and has sold over 200 million copies in more than 80 countries since, making it the number one card game of its type in the world. It is suitable for children and adults, and can be educational as well as fun.

Ironically, UNO (meaning “One”) is a card game you certainly would never want to play alone. Thanks to Gamehouse, Hasbro and their partnership with Facebook (one of the largest social networks on the Internet), you’ll always have someone to play with.

Every time you play, no matter what the hour, you will be connected to three other players that are also members of Facebook. Many of us have fond memories of this game and may feel that the transition to computer will somehow take away from the experience. I was delighted to learn that the developers have kept the game true to the original format we all know and love.

Actually, I would say they have made it even better. Now you don’t have to carefully hide your cards, worry that someone has dog-eared the wild cards, or that you are going to get head rubs if busted for not shouting “UNO.” The computer takes care of everything now, and all you have to do is sit back and click on what is needed to win the game.

As a fan of Facebook and a computer game fanatic, you can imagine the how happy it made me to see that UNO is now available to its members. We now have another fantastic game to share with current and future gamers, ensuring the great game of UNO never fades away in an age where computer games are edging out boxed ones.

The rules are still the same. Once you load the game, simply click on “Go” and you will be taken to a room with a table and three other players waiting for you. The computer will show each player’s Facebook profile avatar and their first name and last initial only. If while playing a game someone drops out in the middle, the computer will replace them with a computer player so the game can continue without interruption. Each person is given 15 seconds to make a move and if they are unable to do so a buzzer will go off and they will lose their turn.

The object of the game is to be the first player to get rid of all the cards in your hand. Each player is dealt seven cards, and the first player has to match the card in the discard pile either by number, color, or symbol. For example, If the card is a “blue 4” then the player must throw down either a blue card or a 4 of any color (which changes the color in play) or they can throw down a “Wild” card in where you can switch the color. If the player does not have a card that matches the one in the discard pile, he or she must pick up a card from the draw pile. If the card picked up can be played, the player is free to put it down in the same turn. Otherwise, play moves on to the next person in turn.

Only the winner scores points in the game. In the card version most people played until someone had 500 cumulative points. In this version, the person with the highest amount of points is the winner and on your next turn you have the option to play a rematch (which you must click on before the 30 second timer that is ticking in the corner reaches zero) or start a new game with new people. There is also a nice chat feature so you can speak to others while you are playing. I wouldn’t advise you to do this too much, as the game is quite fast-paced and you will need to concentrate or you could miss your turn.

The Facebook version of UNO includes a handy playing guide to help you if you get stuck. If you get stuck you can refer to the hint tab at the bottom, which gives great playing advice such as, “If you can’t play any of your cards, click “Draw.” “If you have 2 cards left you MUST click ‘UNO’ before you take a turn or PASS or you will be busted and have to draw two more cards.” When a player has only one card left he or she must yell “UNO” by clicking on the “UNO.” Failure to do so will result in the player becoming “Busted” and 2 cards will be dealt to him or her from the draw pile.

After the game is over, a scoreboard immediately appears showing the winner’s score and how each of the other three players placed. There are also mini trophies awarded for things such as “Card Collector” for having the most cards in your hand in a game, and “Most Drawn” for having pulled the most cards in a game. These trophies will be published on your Facebook profile if you choose.

The game has one five second ad at the beginning, but no other ads or distractions occur during the gameplay. There are several indicators to help make game play flow smoothly such as arrows that indicate the playing direction. The background also changes to the color of the card in play.

Luckily for UNO fans, the rules haven’t changed with the integration of technology. If you can point and click you can handle this game. If you love the original UNO card game, you’ll find that it makes a great addition to Facebook.