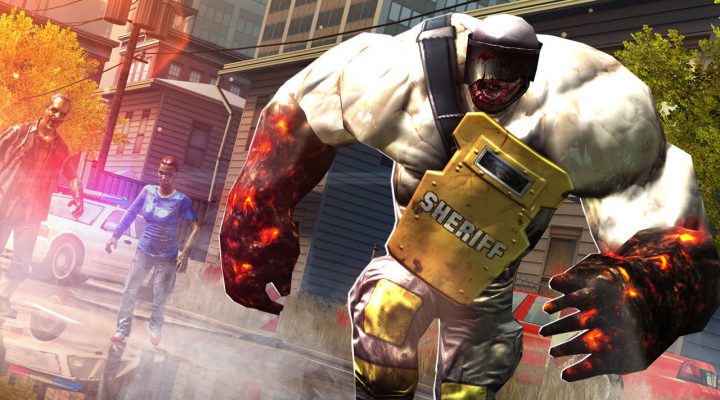 Yeah, it’s another game where you shoot zombies. Just accept it: these games are here to stay. What I can’t ask you to accept, though, are games that are so bogged down with trying to get you to buy things that it compromises itself in the process.

This is Unkilled from Madfinger Games. One of the key selling points that Madfinger Games is reinforcing about the game is the fact that Unkilled features some pretty stellar visuals, and while I wouldn’t say it’s the best looking mobile game I’ve played, it’s certainly an eye-catcher. 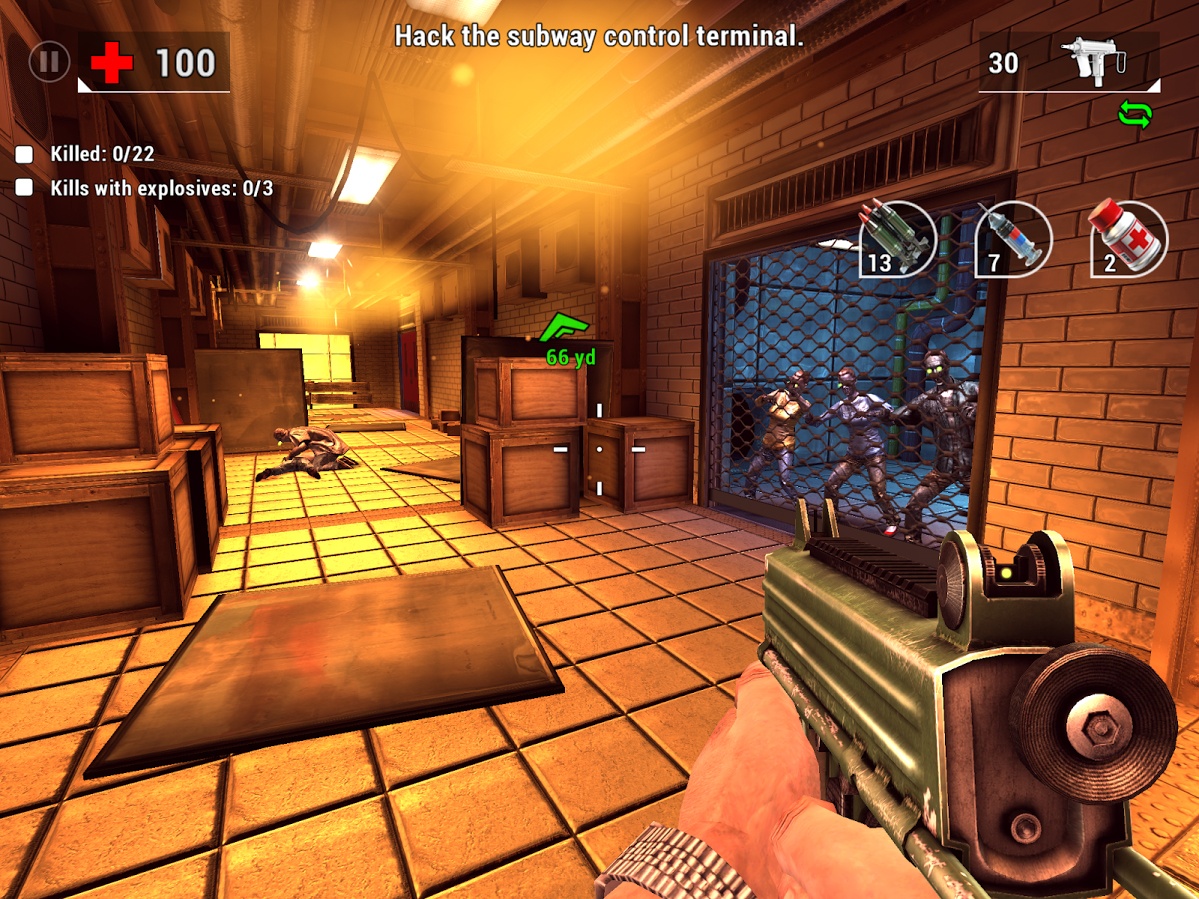 Depending on your device, though, these visuals do come with a bit of a performance hit. On my iPad Mini 2, the framerate fluctuated up and down from level to level. Some areas would run smooth as butter, and others would chug pretty seriously.

Thanks to Unkilled’s controls though, even with a lower framerate, I was still able to effectively slay zombies.

The default control scheme in Unkilled features an auto-fire mechanic that instantly starts shooting your gun as soon as your crosshairs pan over a zombie. At first I disliked it because I felt that it took the skill out of shooting, but as it turned out, this method is pretty effective and saved me the headache of having to time my shots during particularly laggy sequences.

Because you don’t need to tap a “shoot” button (unless you’re playing one of the sniper or machine gunner levels), this allows you to comfortably move and aim about using your thumbs. While plenty of mobile shooters have failed when trying to balance movement controls alongside aiming and shooting, Unkilled strides over this hurdle confidently. It’s a welcome change from the usual, clunky movement and aiming that I’ve found in previous mobile shooters. 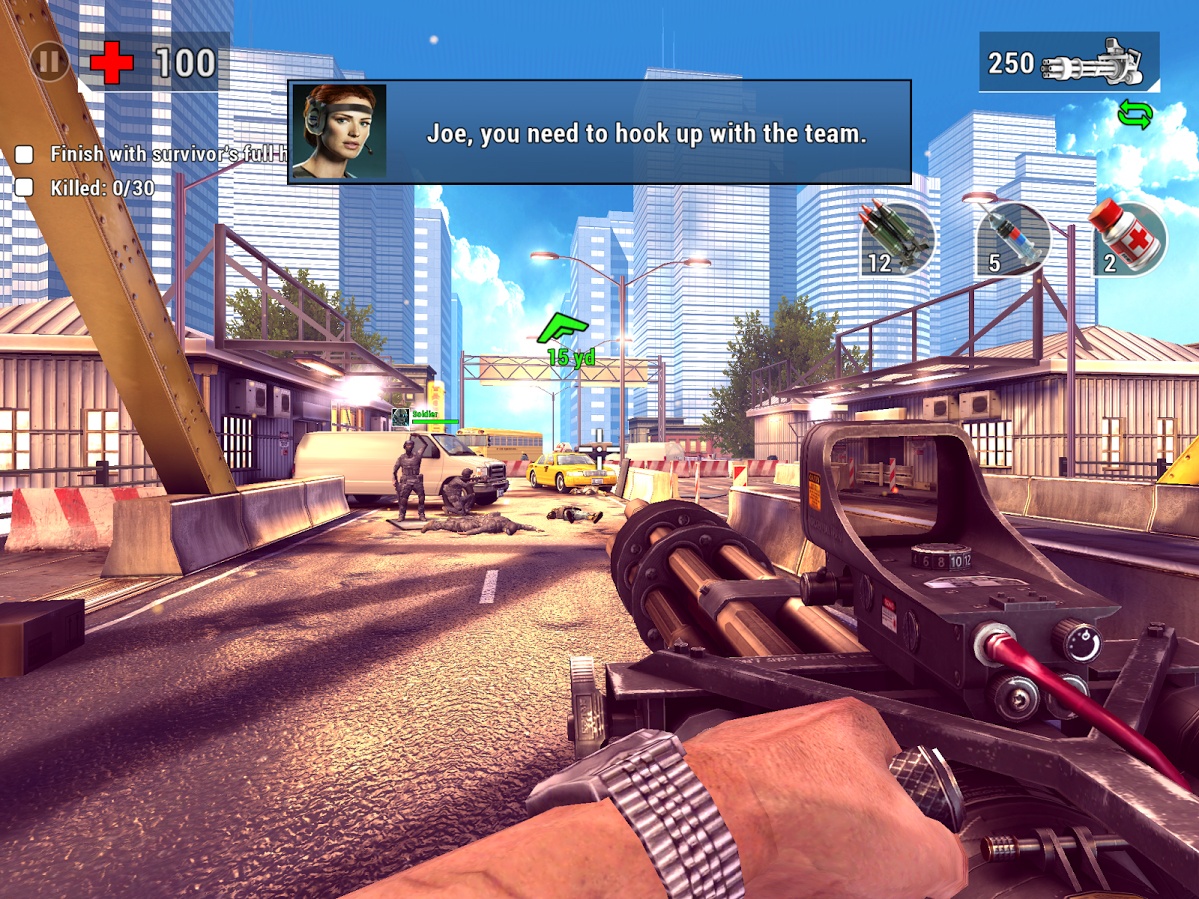 But while Unkilled is nice to look at and the game’s controls very much benefit the gameplay experience as a whole, I found some of the monetization efforts very rigid.

Unkilled utilizes an energy system, which is something I’ve come to accept in mobile games. I have no problem with this method of nudging players enjoying the free game to pay a little to play some more. It comes with the territory.

What I do have a problem with is when Unkilled rewards my efforts with a timed exclusive that I only have a short time to use, but then I can’t use it in the next level because of a weapon requirement, and that weapon requirement requires an upgrade that takes time. So while I’m watching those two timers tick down, I’m also glancing at the timer that tells me when I can get enough energy to play again, and then the timer telling me how long stuff is on sale for that would help me skip through all these other timers much more easily.

Unkilled is also one of those games where it literally forces you to upgrade your items to continue. If your gun isn’t to a certain level, you are blocked from continuing any further.

I don’t want to play, let alone pay for, a game that backs me into a corner like that. Nudge me respectively with energy meters or give me cool cosmetic enhancements and I’ll be much more likely to spend my money. But force me to pay (or grind) to advance, and I’ll simply move on to a game that does it better.

Unkilled is a nice looking zombie shooter with a solid control scheme that is held back by stale monetization methods. What is dead may never die, apparently.