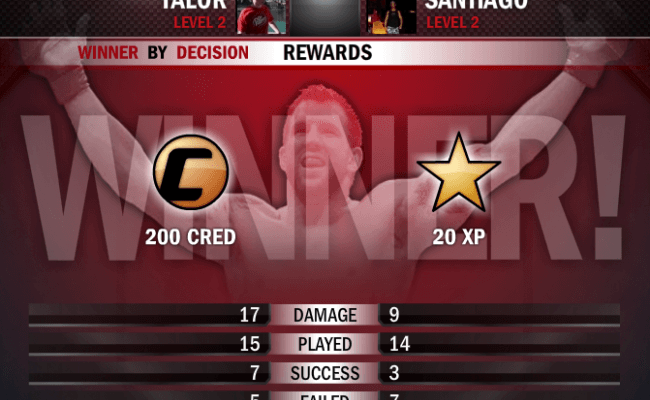 UFC Undisputed Fight Nation certainly isn’t the most original game on Facebook, but its high production values and focus on fighting are what manage to keep it from being knocked out.

So you want to try your hand at a true octagon fight without taking any real punches? UFC Undisputed Fight Nation allows you to create, train, and fight with a virtual combatant of your very own. Players of other popular Facebook games like Mafia Wars or MMA Pro Fighter should find themselves right at home with the gameplay and layout. 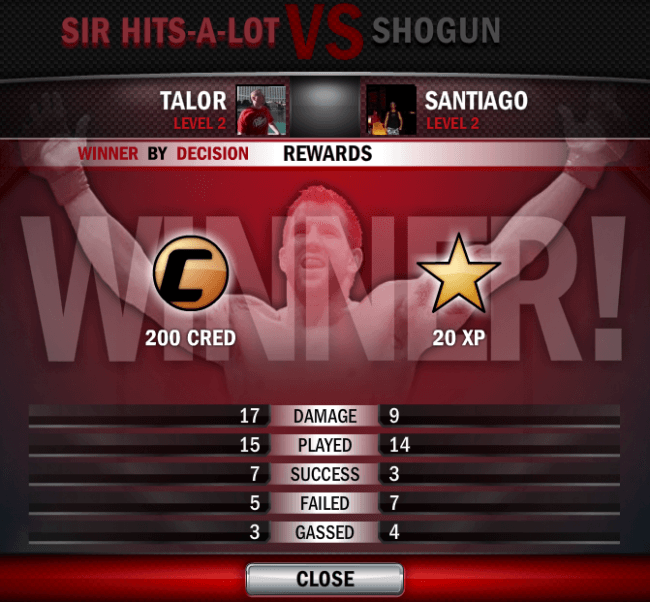 You’ll start out by picking from either a kickboxing or wrestling fighting style, with each one having its own particular strengths and unique move-sets. Once you’ve made that decision, you’ll need to train and learn moves for your fighter to use in octagon. Training requires the use of energy and will make each move stronger every time you level it up.

Making good use of those trained moves is the Fight Mode, which is where you’ll probably spend the most time in the game. Fighting works a lot like a trading card game, in which your moves are laid out in their own deck and drawn randomly on each turn. Your opponent’s moves work the same way, so every fight is completely random. Each move drains your stamina and, if it lands, some of your opponent’s health as well. After about 10 moves, the round will be over and in-between these rounds you’ll regain a little bit of much needed stamina and health. Fights are won either by a referee’s decision after the third round or by a knockout, whichever comes first. 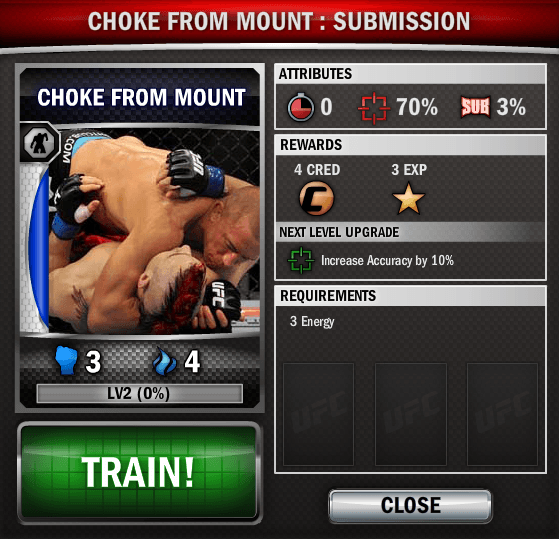 Fighting can take some time, but you are given the option to skip if you wish. Given the option, I skipped nearly every time I was allowed due to the lack of much to look at. I’m not saying I expected high-quality 3D graphics from the game, but simply looking at cards being dealt isn’t all that interesting.

As you train additional moves, you’ll be introduced to one of the game’s biggest problems: an over reliance on UFC Points, the game’s premium currency. To train certain moves, you’ll need to buy specific equipment, which often costs UFC Points in the store. Seeing as how there doesn’t appear to be any other way to earn UFC Points besides paying for them, I can’t help but be frustrated with this move. 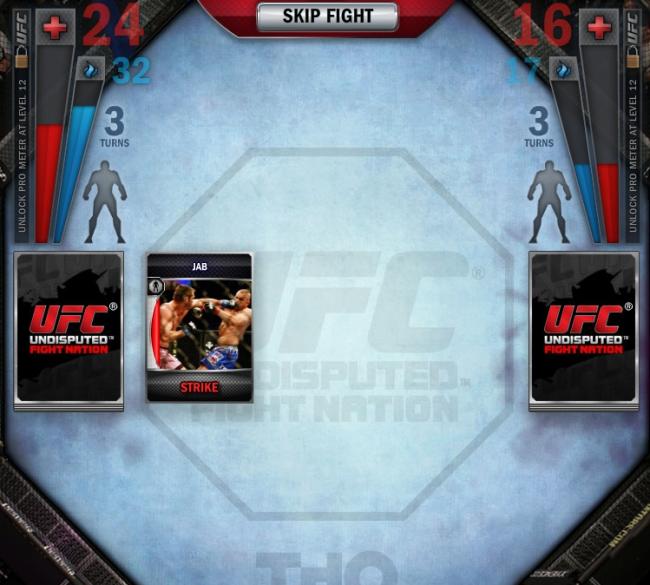 In terms of social features, there isn’t a whole lot here. You can fight your friends and send them free gifts (like energy boosts), but that’s about it.

UFC Undisputed Fight Nation works well enough for dedicated UFC fans, but I can’t see this game bringing in otherwise uninterested players. While the production values are certainly top notch, the rest of the game is mediocre at best.