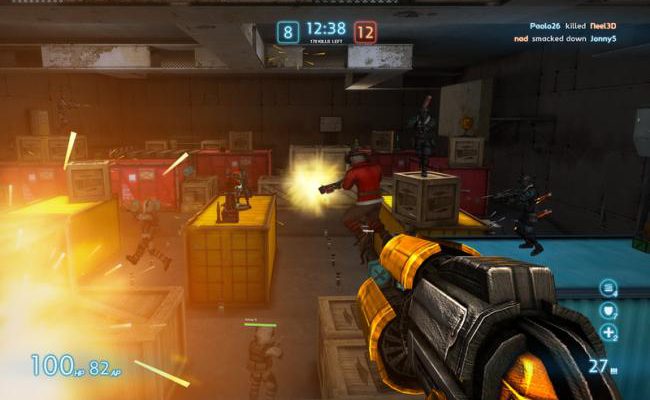 UberStrike HD’s not the best shooter around, but it’s full of strange charm

Cmune’s UberStrike HD is, without a doubt, one of the goofiest games I’ve ever played. Based on the initial marketing images, I was expecting a post-apocalyptic futuristic FPS. This couldn’t be further from the truth: Instead, this is a strange MMO shooter that manages to hit more marks than it misses, and you could do a lot worse than check it out.

There’s really no plot here in UberStrike HD, which is a bit of a shame. The game is an MMO shooter that pits you in a series of quick online battles against other players and bots. The game’s intro takes place aboard some sort of spaceship, so I chose to believe that I was controlling a soldier who was being trained via holodecks (which sort of makes sense, since the levels and outfits have such delightfully outlandish designs). 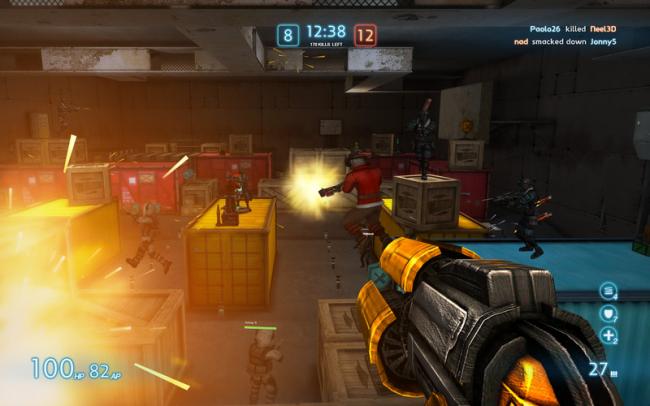 The gameplay is a little hit or miss. All the basic elements of your standard first person shooter are here, complete with primary and secondary weapons, both melee and ranged. Generally the controls are pretty responsive, though the camera feels just a tick slow when the mouse moves around. After each match, your kills and achievements are added up and experience points are totaled, helping you level your character up. Leveling up gives your character access to specific gear that you can purchase within the game store.

Play modes, too, are basic-yet-solid. At the moment, there are only three different types of games to play: Training, Death match, and Team Death Match. The Training Mode is a bit of a misnomer, since it doesn’t really offer you any training points (admittedly, there is an incredibly brief tutorial that makes sure you know the essential controls). Instead, you’ll be put on a small map with no other players and only a few other bots.

UberStrike HD likes to brag that there are millions of players online, which is pretty easy to believe because of the server lag that pops up from time to time. It’s never for long, and it seemed to be present more often with bots who would skip a few dozen feet at the most inopportune times (read: right when I had them sighted with my sniper rifle). Normally, I’d be willing to believe the lag was a problem on my end, but the issue was still present even in the middle of the night. 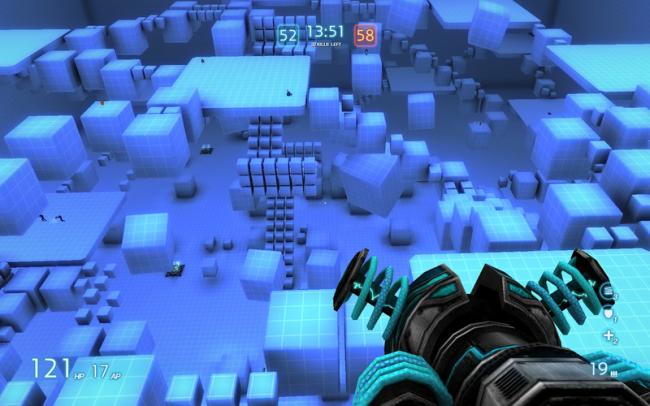 Visually, Uberstrike has a lot going for it. Seriously, it’s got some pretty stellar production values. The environments deserve special attention, thanks to their creative designs and clever details. Lighting effects are lovely, water moves beautifully, and the colors are incredibly vibrant. However, some levels with more complicated settings contain mediocre textures going on when you look at them up close. Likewise, character models and outfits look great from further away, but they’re a kind of disappointing when you get closer.

Now, the way the game’s free to play nature works is similar to a lot of other titles on the market: you spend money on virtual currency on weapons — which you rent for a week or so — and custom outfits. The customization is pretty nuts. Do you want to be a medieval knight rocking gold-plated handguns? No problem, so long as your character is the right level and you’ve got the virtual credits. 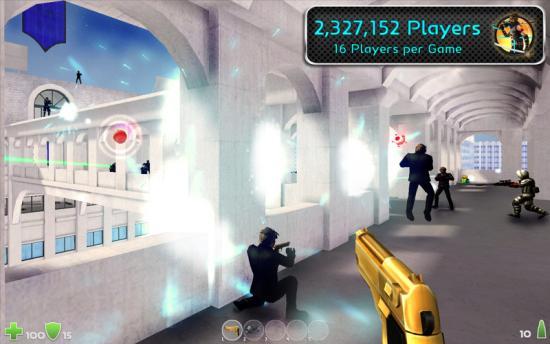 You’ll earn credits as you play, but it’s pretty slow going. The easier, faster way is to just log onto the UberStrike HD website and purchase them. Weirdly, there doesn’t seem to be an in-game option to buy said credits, though it’s no problem to spend them on items from within the game’s shop.

For the most part, UberStrike HD is a fun shooter experience. It’s not perfect, but it’s solid. If you have the patience to sit through the game’s quirks — and an appreciation for charming strangeness — there’s a lot to enjoy.