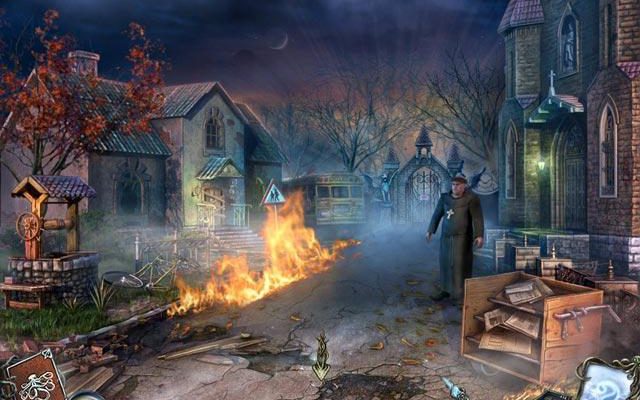 A prequel worthy of the Twisted Lands name

Twisted Lands: Origin may be the third game in Alawar’s Twisted Lands franchise, but beginners are welcomed with open arms, as Origin is actually a prequel, introducing you to the haunted island of Tormente as you step into the shoes of a detective, sent to find a missing young woman. Things go from bad to worse as you investigate this mostly abandoned island, with your quest transforming into one more concerned with survival and escape than mere investigation.

Twisted Lands: Origin draws you in from the beginning as you’re shown a foreshadowing cutscene of things to come. In it, we see our hero running from a group of creatures in a forest and we’re kept on our toes by being given a choice: go over or under a wall blocking our path. Once the main game begins, these scenes are still just as good (although player choice is mostly removed), with polished graphics and some genuinely good voice acting.

You’ll spend most of your time in the game picking up items in hotspots that are locked with depressions in the shapes of stars, moons, feathers, music notes and more. These tokens are scattered throughout dozens of environments, and while the gameplay is mostly linear (that is, you’ll only have one task that can actually be completed at a time), your own mental task list will often contain half a dozen or more entries that need to eventually be completed. With so many similar key items and so many dark, gloomy locations to explore, it can be hard to remember where a specific locked box, door, or other interactive item rests, but a helpful in-game map will highlight any locations where actions can currently be completed.

Oddly enough, this map doesn’t serve as a fast-travel function, so you’ll be forced to backtrack through far too many environments to replay hidden object scenes, complete the rare mini-game or simply pick up an item that’s newly available to you. This is easily Twisted Lands: Origin‘s biggest flaw, as the middle sections of this 3-4 hour long experience can see you traveling back and forth through 10+ useless scenes just to get back to the docks or the graveyard/crypt at either end. 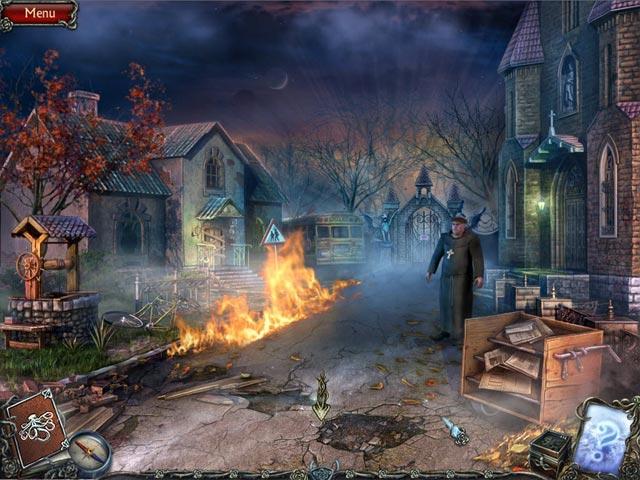 The hidden object scenes themselves do fair much better, with an appreciated attention to detail that sees formerly found items remaining absent on subsequent plays of a scene, and junk piles that are large and complex, but mostly easy to complete (save for a few items that blend too well with some scenes’ shadowy backgrounds). The puzzles are just as entertaining, with some being fairly time consuming but not overly difficult to complete. While the expected offerings like tile rotation puzzles are available here, you’ll also be asked to match symbols based on themes or press buttons based on a pattern that you’ll have to decipher, as other examples. 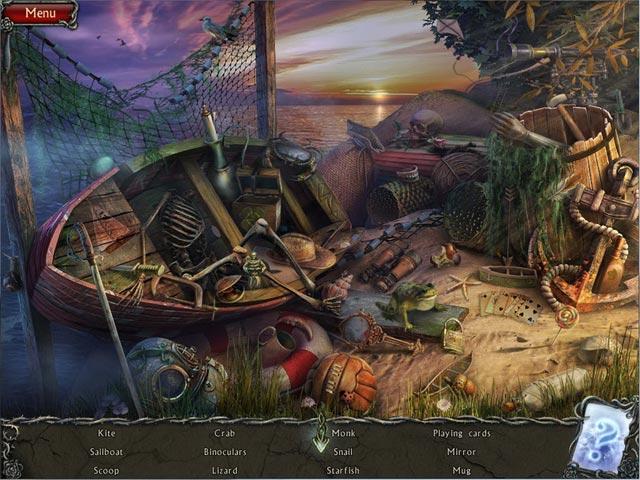 Throughout your time in Twisted Lands: Origin, you’ll interact with only a few characters or ghosts, each more interesting than the last. And while newspaper clippings, journal entries and notes will help flesh out the story of the island’s many missing persons, there’s enough mystery left to keep you ever pushing towards the finale. It’s unfortunate that there isn’t more of a scare-factor here, as the game offers more in the way of intrigue than true horror, but fans of both the original Twisted Lands games or simply great hidden object games in general should have no problem being entertained by this prequel.

Ultimately, Twisted Lands: Origin is a truly entertaining hidden object experience, but we would have appreciated a fast-travel mechanic to lessen the amount of tedious backtracking found throughout the game. Still, the story is an interesting one, the graphics and cutscenes are lovely, and the backstory is such that we willingly put up with the game’s problems just to see what happened next. Twisted Lands: Origin may not be perfect, but it’s definitely worth your time.