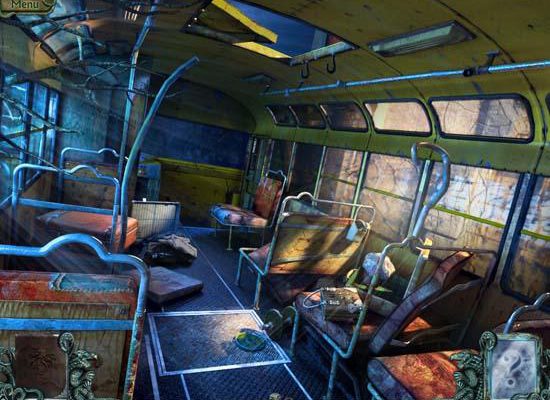 Twisted Lands: Insomniac is a winner for horror fans

Twisted Lands: Insomniac goes for the gusto right out of the gate with a creepy doctor who says, “I don’t want to scare you, but we’re going to do a lobotomy.” That lobotomy is going to be done on you, by the way, and you just happen to be strapped to a gurney – but hey, don’t worry or anything, it’s all good. And Insomniac only gets better from there. It doesn’t always make perfect sense and the Collector’s Edition bonuses are extremely weak, but the game itself, particularly for horror HOG fans, is definitely not to be missed.

Twisted Lands: Shadow Town told the story of Mark, a deep-sea treasure hunter desperately trying to rescue his girlfriend Angel and escape from an abandoned, monster-infested island. In Twisted Lands: Insomniac, the tables are turned; the game is still set in the Twisted Lands but this time things play out from the perspective of Angel, who is apparently following closely behind Mark as he struggles to save her. And if you think that sounds confusing, believe me, you ain’t seen nothing yet, as Angel bounces back and forth between the desolate Shadow Lands and the “real” yet possibly even more horrific world in which she’s about to be lobotomized. 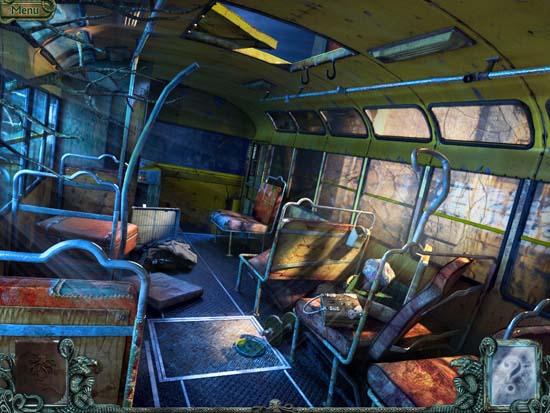 But it’s an effective approach, too, and it goes a long way toward making the decidedly-average Shadow Town worth a play-through. Experience with that game is not at all necessary to enjoy Insomniac, but a lot of references will make more sense to those who have played it and it’s fun to see how closely the new game cleaves to the old. That extends to the game’s locations as well, many of which will be immediately familiar to Shadow Town veterans.

In most obvious ways, Twisted Lands: Insomniac is nearly identical to Shadow Town, with attractive hidden object scenes and a nice variety of puzzles that are fun but not exactly brain-bustingly tough. Two modes of play are available, Normal and Expert, with Expert mode offering slower hint recharges and non-highlighted interactive zones to players looking for a little extra challenge. A detailed, illustrated diary follows the game as it unfolds and keeps track of clues, while a separate notebook logs the specific tasks that need to be completed. The help function will not only point out hard-to-find items during HOG scenes but will also point you toward your next objective should you ever become stumped, and of course all puzzles can be skipped, after a relatively lengthy wait, if you just want to get on with it. If all else fails, the built-in strategy guide provides a detailed, step-by-step guide to everything, although given the game’s relatively mild difficulty, it’s just about entirely unnecessary.

And unlike its plodding predecessor, Insomniac’s pacing is tight, with very little time wasted and far less of the unnecessary running around that plagued Shadow Town. Several areas and HOG scenes are revisited over the course of the game but it never feels as though the game is just padding the clock, and while the absence of a map is a bit of a surprising oversight, the various locales are laid out in such a way that getting around is fairly quick and easy. Insomniac is also well-packed with a large number of animated sequences that really bring the game to life and help its three-ish hour running time (not including the bonus chapter) slip by very quickly. 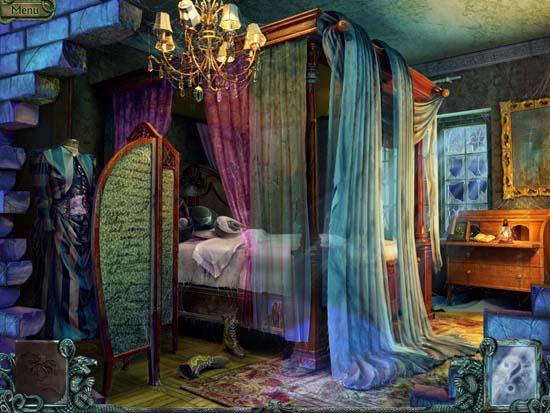 The soundtrack is decent but never really feels quite “right” for the game and at times verges on the edge of becoming a distraction, and the voice acting is average at best. The maze sections that were present in Shadow Town are still around but have been scaled back for easier navigation, an improved if not quite ideal situation. But the biggest knock against the game is the sparse plate of Collector’s Edition extras it serves up. Aside from the obligatory, puzzle-heavy bonus chapter, which is actually pretty good but clocks in at well under an hour, the CE extras include the soundtrack, which can only be played from within the game (sorry, no saving for later enjoyment), five pages of monochrome concept art and the built-in, entirely extraneous strategy guide. It’s a stretch calling this game a Collector’s Edition at all.

The meager bonus content is even more disappointing in light of the fact that the game itself is so very good. The relatively lightweight difficulty may leave die-hard HOG fans wanting more but the fast pace, creepy atmosphere and slow-burning story that actually goes somewhere (although I’m still not entirely sure where) add up to a game that succeeds in just about every way that its predecessor failed. HOG fans take note – Alawar got it right this time. Twisted Lands: Insomniac is a winner.