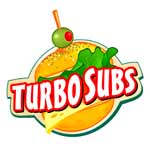 Many casual games are leisurely pursuits that help you unwind after a stressful day at the office. Turbo Subs, however, isn’t one of them. Although fun and well-produced, Turbo Subs has the same frenetic pacing that made its predecessor, Turbo Pizza, one of the most insanely challenging (and adrenaline-pumpingly energetic) time management games on the market.

The second chapter in the Turbo series begins when Rebecca and her partner Robert, the stars of the first game, arrive in New York for a much-needed vacation. Being true entrepreneurs, though, they just can’t pass up a good business opportunity when they see one, which is how they end up turning an old subway car into a brand new subway sandwich shop.

Players who already got their fill of Turbo Pizza will experience a sense of deja vu within the first few levels of Turbo Subs. The restaurant layout of Turbo Subs is virtually identical to that of the first game, with the major different being, of course, that Robert is now making different kinds of sandwiches instead of pizzas. Even the theme music and introductory tutorials are very similar between the two games.

With Robert making sandwiches, it’s up to Rebecca to serve customers, which you can help her do by using the mouse to click on the various tasks she needs to perform. When customers arrive at the counter, the first step is to give them a menu. When they’ve decided on what they want, that item will appear in a thought bubble above their heads. If it’s a sandwich, Rebecca must tell Robert to make the right one, then pick it up, serve it to the customer, and collect the tip they leave behind.

In addition to three different sandwiches, the restaurant offers a variety of fast food goodies like pop, chips, cookies and cotton candy. Customers might ask for their sandwiches to be further customized by toasting them (accomplished by throwing them in the oven for a few seconds), or adding different condiments.

The goal is to earn a minimum amount of money before closing time in order to move on to the next day. As in the first game, you can queue Rebecca’s actions by clicking ahead, and receive bonus cash for chaining actions of the same type together (such as collecting 4 tips in a row, serving six customers in a row, and so on). Customers who are kept waiting too long will begin to lose patience, and will eventually storm off in anger if Rebecca doesn’t serve them in time.

Cash earned can be used in between levels to purchase upgrades for the shop, including faster machines, premium snacks that are worth more money, nicer interior decor, and certificates that make Rebecca and Robert move faster.

As far as time management games go, Turbo Subs is definitely one of the most intense. Customers – even the most docile ones – have very little patience, and there are no items or upgrades for boosting or restoring their disposition so speed and efficiency are essential. Chaining and filling orders quickly boosts a meter that, when full, unleashes Turbo Service Mode where everything moves even faster for a short period of time (including Rebecca, thankfully), as though someone pressed Fast-Forward. If that weren’t enough, you’ll also have to keep an eye out for thieves who will slink up to the counter and try to steal your hard-earned tips!

It’s a lot to keep track of to be sure, and we’d strongly recommend trying before you buy to see if the game’s frantic pace suits your gameplay style. To the game’s credit, it does make an effort to ease you in slowly by giving you the option to play at an easier difficulty for the first few levels while you learn the ropes. Also, helpful tips are provided between levels that give insight into advanced strategies and how to get the most out of the game.

The restaurant mayhem is broken up every so often by a set of decent, though not overly complex, hidden object-style mini-games that offer a nice change of pace. In these, you’re presented with a cluttered scene and have to try to pick out a select group of objects (like a boomerang, soccer ball, dart or fishing rod) from a list – ostensibly to help keep the place neat and tidy.

You’ll encounter a steady stream of interesting customers, including artists, businessmen, athletes, tattooed men and even the Turbo Subs mascot, all of whom are brought to life by charming and detailed graphics. The game spices things up every so with special occasions – on the day of the New York Marathon, for example, you can expect lots of runners and tourists in the shop.

If you can keep up with Turbo Subs, there’s a lot to enjoy. The story – which is a classic little guy vs. big bad corporation tale – unfolds across a generous 60 levels with two additional shops in equally creative locations: an abandoned carousel in a Coney Island theme park, and inside the Statue of Liberty’s torch! (In each new shop you’ll start over from scratch and have to buy a new round of upgrades.)

Because of its difficulty, Turbo Subs, like Turbo Pizza, is perhaps best-suited to veteran gamers who have a few time management games under their belts already. That said, a brave newbie couldn’t ask for a better crash course in the genre.