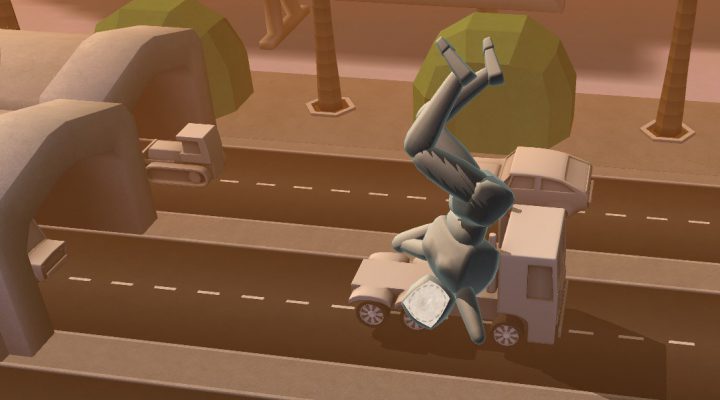 Lots of goofy things to do!

Ultimately, the game breaks down into one specific goal.

Turbo Dismount is a game that aims to be one, somewhat limited thing. It’s all about being a goofy physics sandbox. It’s about taking a bunch of wacky vehicles and obstacles in a number of different scenarios, using them in tandem to send Mr. or Ms. Dismount flying into the air. It’s a visceral fun coming from the chaos of watching cars hit each other, of watching the vehicle your hero rode in on wind up in a bunch of tiny pieces, and seeing how an obstacle layout has different effects on, say, a grocery cart versus a monster truck.

Turbo Dismount is a game all about experimentation. It’s taking joy in how, oh my god, Mr. Dismount is in like 100 different pieces and I scored 6 million points for doing so.

And the scoring is the driving force for the experimentation. It turns Turbo Dismount into an actual game. There’s an objective, and certain layouts are smarter than others. Timing when the launch happens comes into play in some levels, with moving obstacles like cars driving by. And there’s even a skill-timing component with trying to get the right speed for the launch, as even a small difference in speed can mean the difference between a 6-digit and a 7-digit high score. 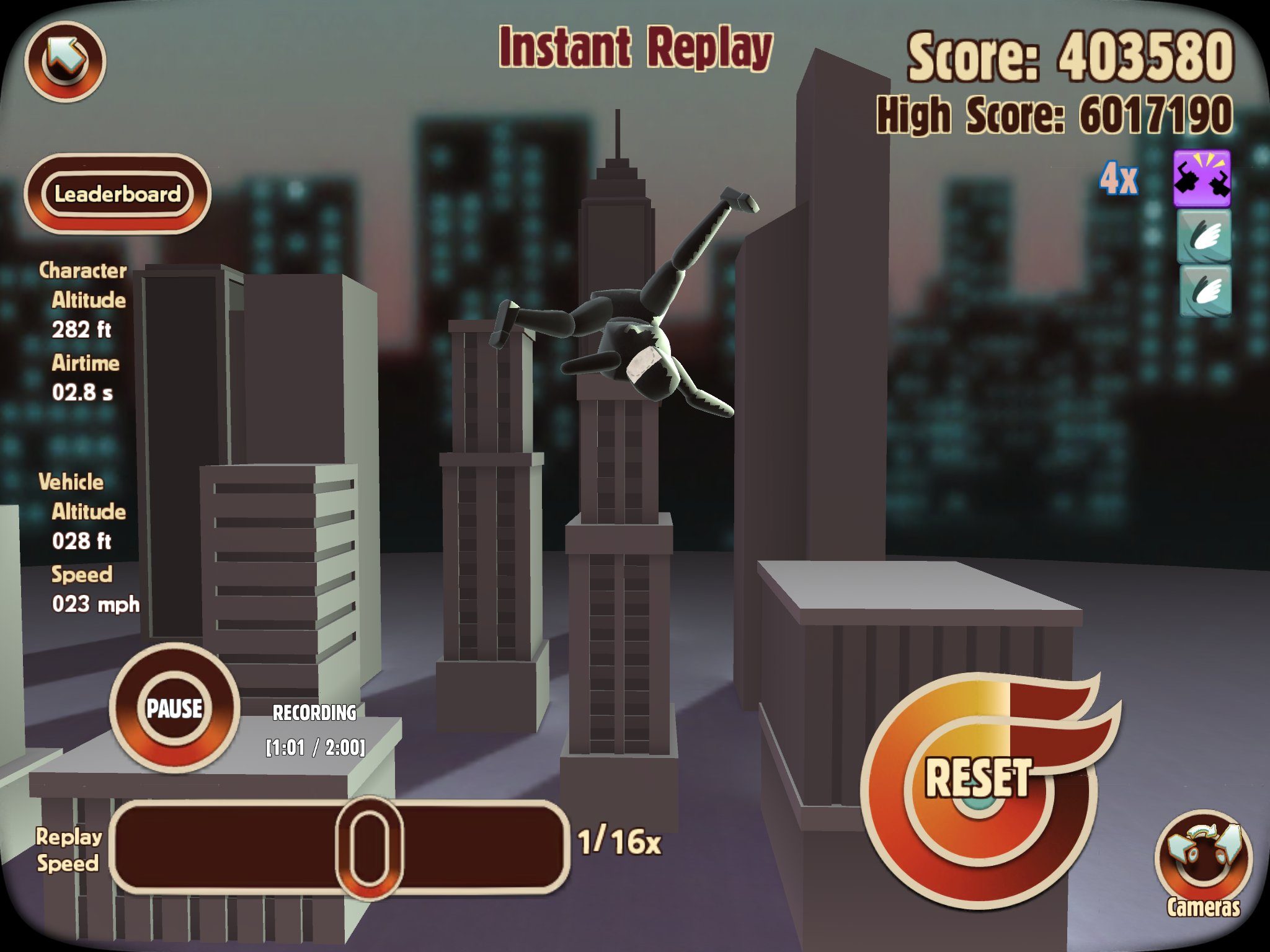 Turbo Dismount is a lot of fun, but it runs into the problem of being limited in scope. Pretty much every level is some variation on “make Dismount fly into the air for massive points,” and while that’s not bad, it is repetitive – and not in the way that each new play session reveals something new about simple mechanics. It’s the same thing over and over again, just with different inputs.

Granted, there’s enough variety in that repetition to be amusing for long enough, but ultimately it boils down to a scientific experiment, trying to plug in different variables into the equation to see if they work.

This isn’t necessarily bad, as a game that’s fun for a short amount of time is certainly what’s sought after most on mobile devices, but it’s the kind of game that could be forgotten. The experience can be conveyed just about as well through watching video of the game as it can by actually playing it.

This is a flaw not of execution, but of concept. The game aims to be exactly what it is: a goofy physics sandbox with just enough gamification to drive players to do something more than just fool around, giving them purpose. But it’s still about goofiness.

And to be fair, Turbo Dismount supports this concept to its fullest. There are all kinds of camera angles to watch the carnage from. There’s Everyplay video sharing, with the ability to do fast forwarding, rewinding, and slow-motion in one video, all perfect for easy sharing to social media or YouTube. And the monetization allows players to get some things for free, and then to pay piecemeal for additional vehicles, obstacles, and levels, or to just shell out $5.99 for the whole shebang all at once. So it’s hard to not get one’s money worth out of the game.

And really, it’s worth downloading just to have some fun with the basic scenarios. It’s a game that is what it is, and it’s fun – but it’s inherently limited.