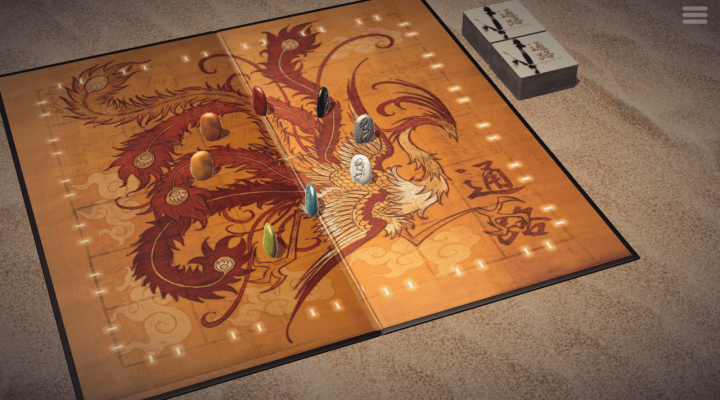 Great recreation of a tabletop game.

Simple to pick up and learn.

I wasn’t sure what to expect from Tsuro. I vaguely remembered seeing it up for sale in the various board game stores I’ve visited, but it looked painfully boring and slow-moving. Even the name threw me off, because it’s evocative of games like Go or Chess, neither of which I’m a fan of. I’m not sure what moved me to check out the mobile version, but I’m glad that I did. It’s for thinkers, for sure, but it’s also paired with simple rules and concepts that ensure anyone can get in on the fun.

I really enjoyed the pains Thunderbox Entertainment took to recreate the physical board game experience here, especially since most board games aren’t for me, with my limited amount of space and packed schedule, so watching the box being opened to kick off a game and seeing the pieces laid out in front of me was appreciated. The tutorial does a fantastic job of teaching you the basics as well. 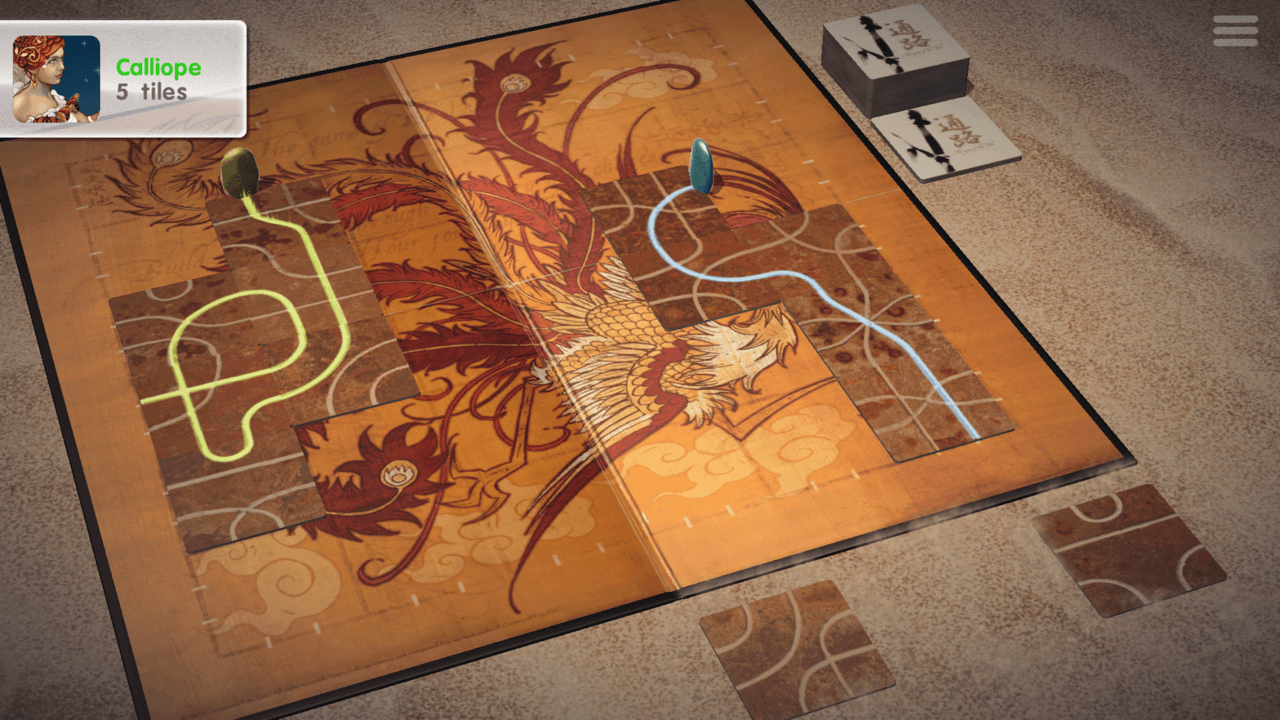 Simply put, your job is to place tiles while remaining on the board as long as possible. During each turn you’re tasked with placing one of three tiles in front of a stone laid out on the board (your marker.) The stone will follow the path you build with your tile. Spaces will have two areas on each side the stone can exit from, and you need to strategically place tiles so that the path you’re creating ensures you’re staying on the board longer than the other players.

Essentially, you must concern yourself first with where you want to get your stone to on its first path around, but ensure that you can create loops it will remain in for its next trip around the board. It’s incredibly difficult to get the hang of at first, but at least the concept is simple to understand, and I appreciated that about Tsuro. 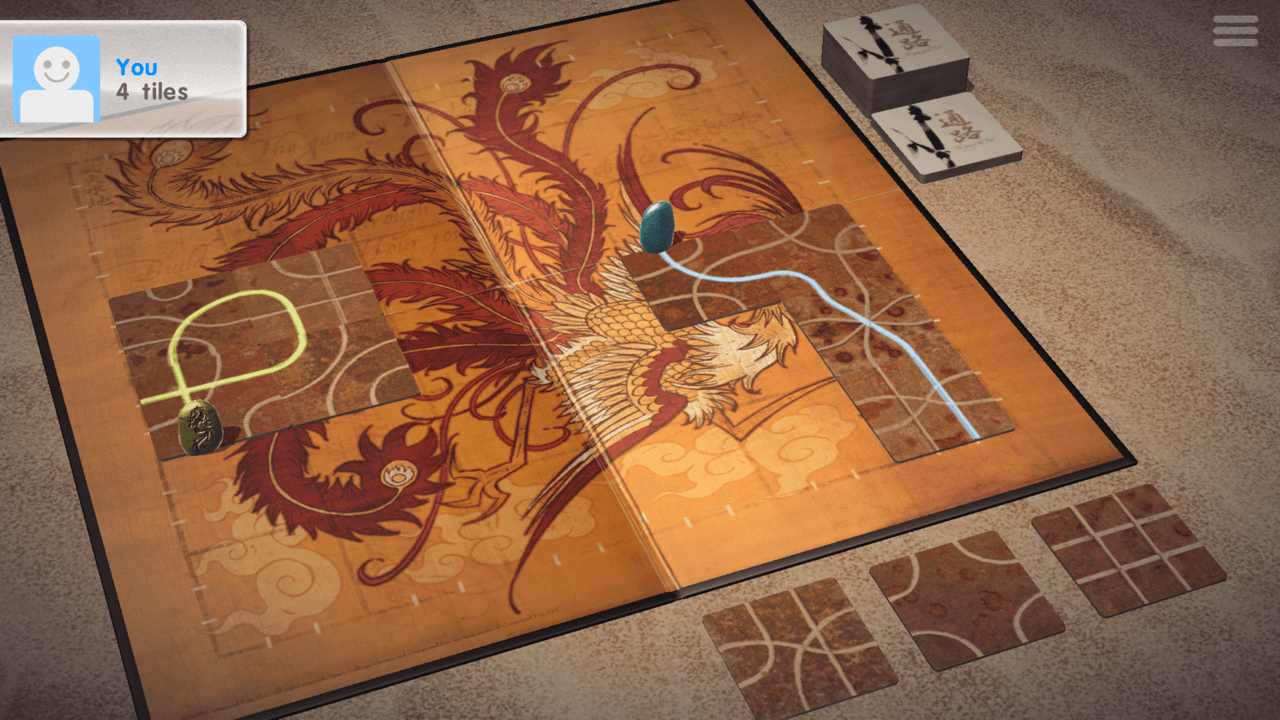 The game supports up to 8 players, but for a game that should work so well as a mobile multiplayer title, I couldn’t wrap my head around the fact that the mode was relegated to Facebook. It’s convenient if you have a Facebook friend you want to play with, but Apple’s Game Center is something that’s far more useful to use for these types of games. The AI players are serviceable, but it seems like a massively bizarre decision to have gone with Facebook only rather than leaving the channels open for players who aren’t as free with their social media accounts. Personally, I don’t like to connect via Facebook even for major apps, so I wasn’t interested in doing that here.

Fortunately, you don’t have to have other people around to enjoy the game. It makes sense that you’d want to since it began life as a tabletop game, but all is not lost. Figuring out the basics and watching your Tsuro knowledge blossom as you make new connections and figure additional mechanics out is still quite fun, and this is a very well-made title that holds your hand when you need it to and backs off to let you learn on your own. I found that I thought about it even when I wasn’t playing for review, and even though I’m not a huge fan of its aesthetic or name (or the Facebook multiplayer), it’s an app I’ll likely return to again and again for the future.

Retro City Rampage DX Review: A WINNER IS YOU