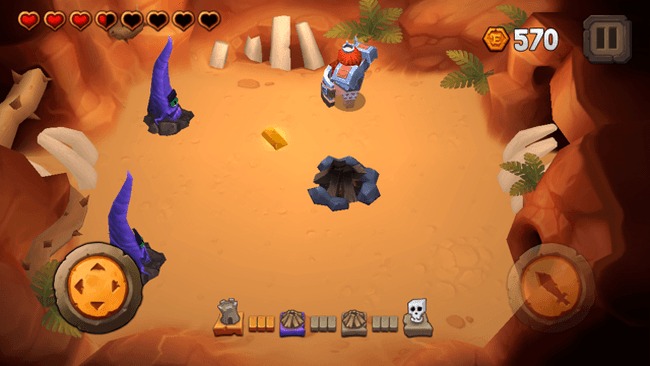 What is man’s best friend? Is it the canine? Nay! Man’s best friend be his trusty trousers! But as 10tons’ Trouserheart demonstrates, just as a dog may bite the hand that feeds him, a hero’s pants can similarly decide to go rogue. When that happens, said hero must go on a sword-swinging adventure to retrieve his pantaloons, though the journey may be drafty.

Trouserheart casts you as a powerful king who has everything he wants—or so he thinks. When his pants are nicked by a goblin, the king quickly realizes that the Lord had always intended for man and pants to be as one. So begins your bare-assed journey to find your trousers.

Trouserheart is a hack-and-slash game that carries a whiff of The Legend of Zelda. You progress from room to room, and each one is filled with enemies like Goblins, Jelly Cubes, and ever-deadly Derp Knights. You have a virtual d-pad for moving, and an attack button for swinging your sword. That’s as complicated as things get.

Trouserheart is a laid-back, linear experience that probably won’t tax you unless you turn on the permadeath option (which sends your character back to the very first level if he dies). Nevertheless, it’s great fun for as long as it lasts. Whenever you whack bad guys with your sword, they spray coins and hearts in every direction. Those goodies then slide towards you, as if propelled by some sort of weak magnetism. Trouserheart is one of those games that just appeals to your instinct to wreck and collect.

Trouserheart‘s appeal is also bolstered by its end-level bosses. There’s some cool stuff at work here, including an “indigestible” cube that digests its underlings for power, and twin golems that share an energy shield. Everything looks good; the character models are large, but not large enough to interfere with the gameplay, and smoothly-animated. The rooms’ backgrounds are repetitive, however. It’d be nice to get a little more variety going on.

In fact, it’d be nice to get more variety in Trouserheart, period. 10tons’ adventure works fine as a Legend of Zelda game on rails, but it’s hard not to wonder how the game’s weird world and enemy roster would fare as a game with a large overworld and multi-room dungeons. 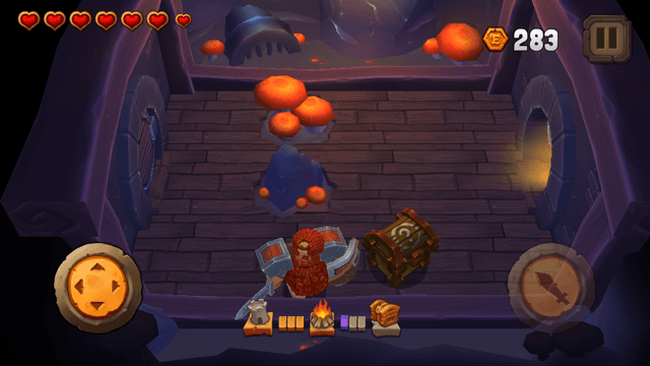 As things are, you can burn through Trouserheart in a couple of hours. You can get a little more mileage out of the game by upping the difficulty level and/or turning on the permadeath option. You’re also allowed to go through the adventure again via a new game+ option, which should suit anyone who wants a chance to max out their levels.

Trouserheart is a well-built hack-and-slash game that simply turns you loose to rip things up with your sword. It could use a little more meat on its bones, but with any luck we’ll see more levels in future updates. In the meantime, a short adventure isn’t so bad: a person shouldn’t walk around without pants for an extended period of time if they don’t want to bring the cops running.