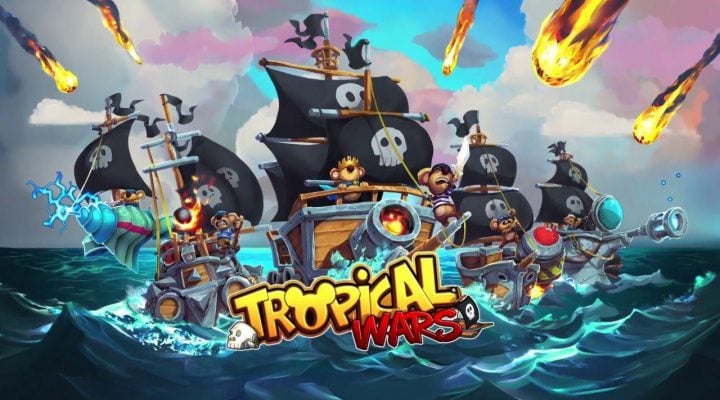 Actual gameplay is quite fun and engaging.

Lacking graphics and the UI is overwhelming at times.

Island management is dull and takes away from the exciting gameplay.

Tropical Wars is a new game from Game Alliance that puts players in charge of a Koala Navy tasked with rooting out a band of Koala pirates who are plaguing the region. By building up the Koala island base and recruiting Koala sailors and workers, players can venture further and further out onto the treacherous seas, on their quest to put an end to the pirate activity once and for all.

The game’s main attraction is its naval warfare. Tropical Wars allows players to build a small fleet of ships and then position those ships in a desired formation before setting sail into battle. Once the battle begins players can tap-and-drag individual ships to redirect their sailing, or single-tap to direct the entire fleet to move to a new position or attack a specific enemy. Oftentimes the enemy attackers come in coordinated waves, so keeping the entire fleet focusing fire on one target at a time is typically the most efficient manner of achieving success. 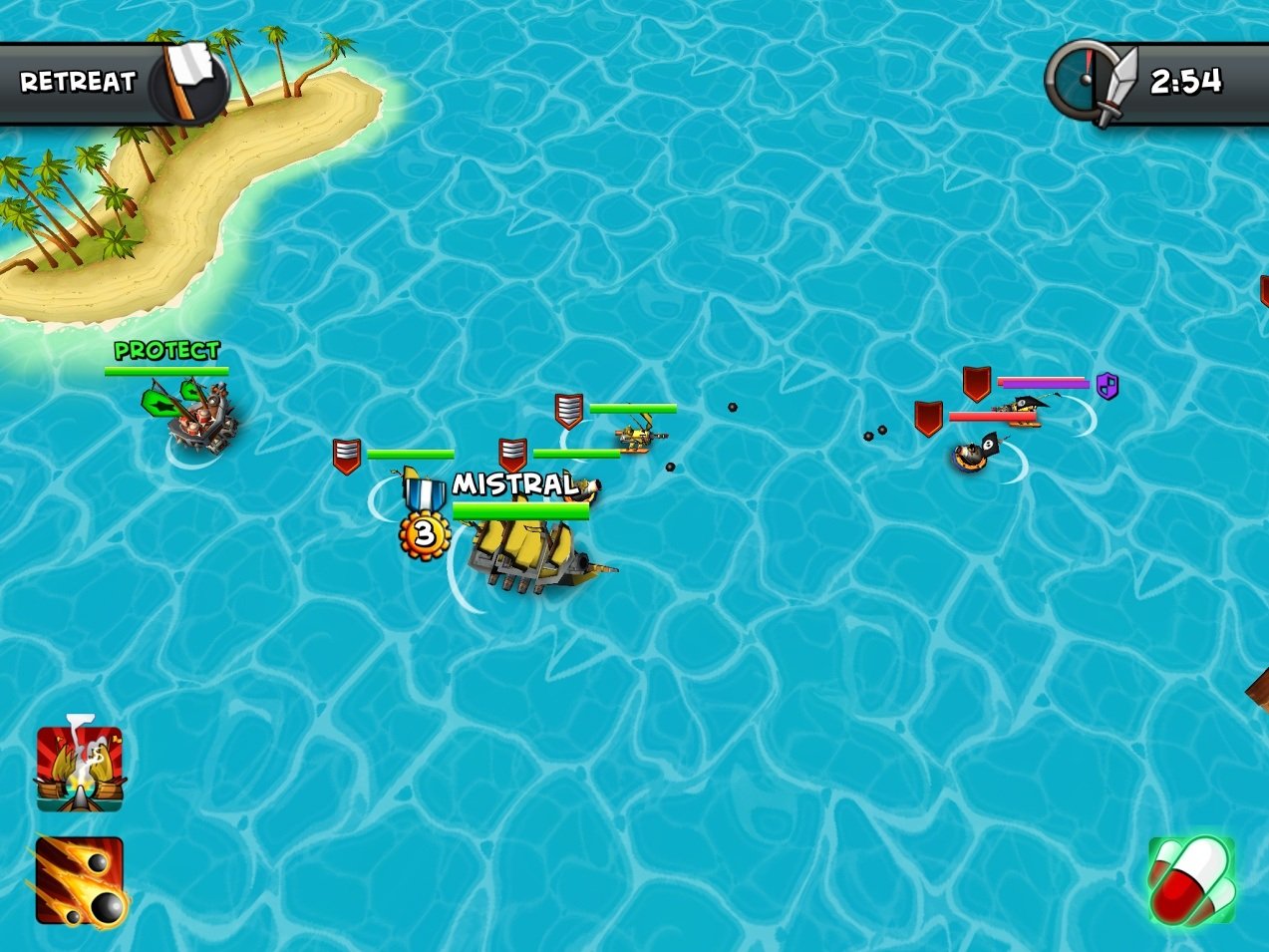 Managing the ships during combat is very fun, and the constant need to keep ships moving out of harm’s way (from natural obstacles like water spouts, for example) kept me plenty engaged and focused at the task at hand. The actual gameplay of Tropical Wars is great.

What isn’t so great is just about everything else.

Visually, I found Tropical Wars unappealing. I’m usually pretty forgiving when it comes to graphics in mobile games, but the graphics here —from the player models to the user-interface— could have used a few more layers of polish. Stylized art is often used to separate a game from other games of similar nature, but in Tropical Wars the rough, polygonal objects with low-quality textures pasted onto them wasn’t helping the game stand out one bit. 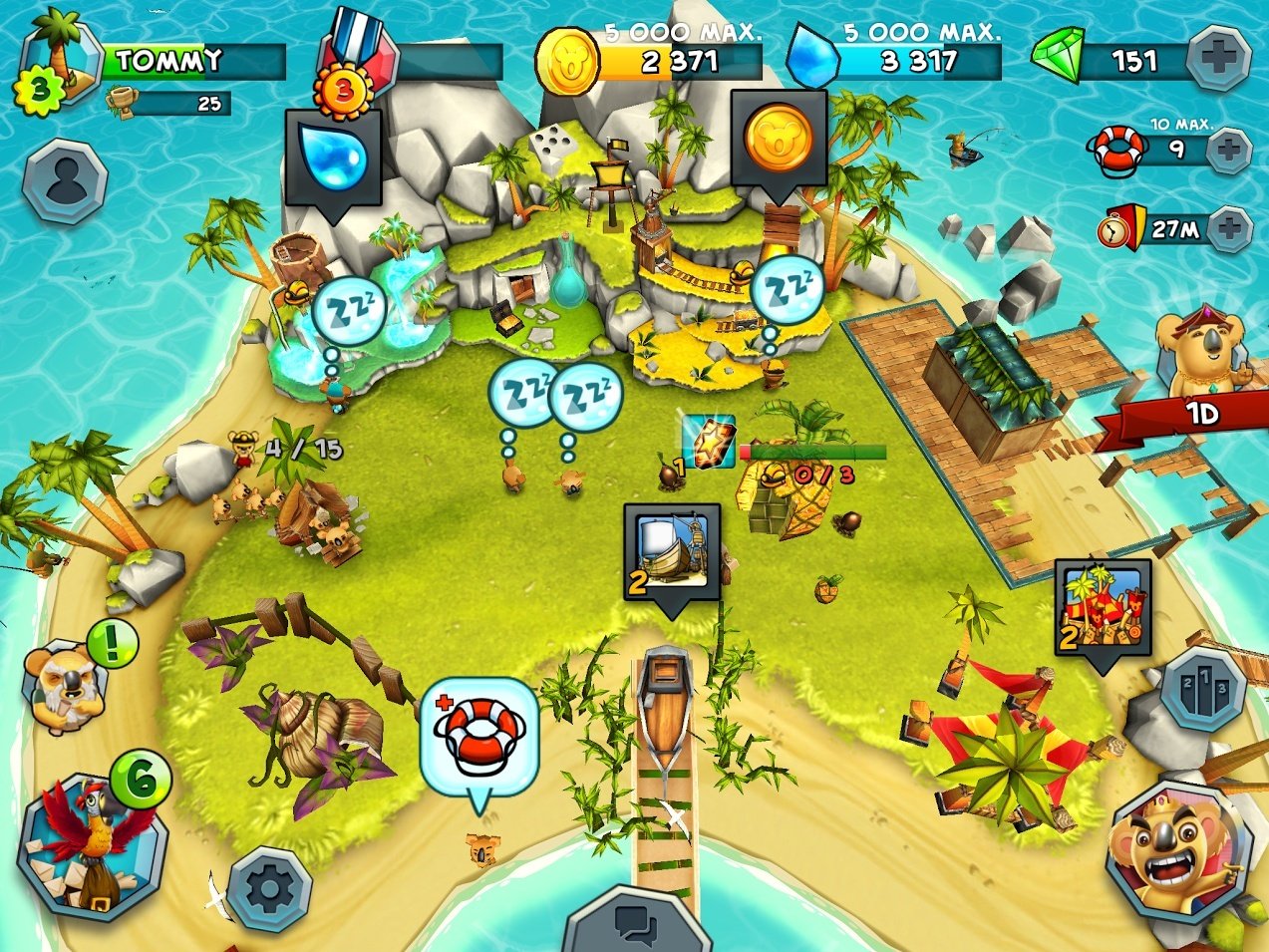 The menu systems were bloated as well. I’d typically log into the game and immediately have a few pop-ups alerting me that something happened while I was away, some new object is available for purchase, something finished upgrading, workers are asleep, resources can be gathered, and so on. This was always overwhelming, right from the start. The game’s tutorial lasts way too long, especially considering that the management of the island is almost exactly like every other mobile strategy game released recently.

What is odd is that it’s almost as if the developers knew they were throwing too much at the player at once because they literally included a “What Should I Do Now?” button that you can press at any point in time to have the game direct you to what it recommends you do next.

Hitting that button is certainly the easiest way to get through the menus and bouncing pop-ups, but doing so is about as fun as taking orders from a stranger — or in this case, a talking koala.

It’s a shame that the graphics and management portion of the game are so rough around the edges, because as I said earlier — playing the naval warfare, which us Tropical Wars’ main draw, is quite enjoyable.