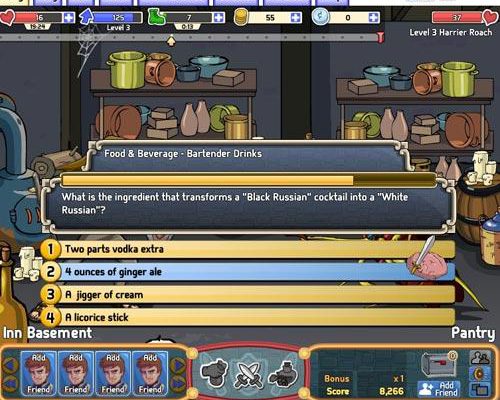 Trivia and RPGs? Trivia Adventure proves it can work

Francis Bacon may have taught us that knowledge is power, but I doubt that even he could have foreseen using one’s awareness of the actual date of Pi Day to defeat evil. Yet that’s precisely the concept behind Trivia Adventure, which combines multiple-choice trivia with familiar elements from fantasy-based role playing games. It works better than it probably sounds, although figuring out which audience this offering was intended for provides one of the hardest questions to answer.

Most of Trivia Adventure plays like many other role-playing games on Facebook, although its basic progression and battle structure roughly resemble that of Dragon Age: Legends. Not only can you choose your character’s combat class and general appearance, but you also work your way to your objectives and battles over a map. The difference is in the details. Drawing one of three cards at the bottom of the screen decides your next step (with the choice of revealing all of them for some Facebook credits), and combat amounts to little more than hitting an attack button. If judged on this showing alone, there’d be little to distinguish Trivia Adventure from similar titles. 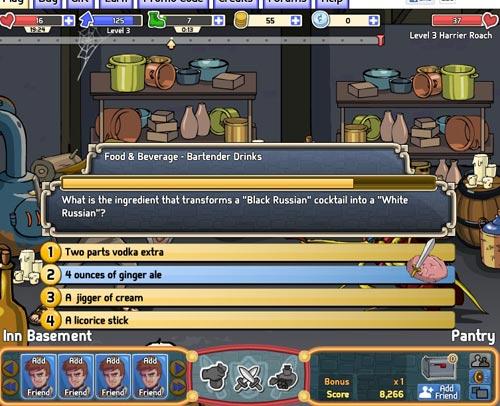 But that’s where the trivia comes in. Instead of just hacking down your enemy based on your stats as in other one-button RPGs, attacks trigger a timed trivia question with four possible answers. Once you’ve chosen an answer, your character attacks and the enemy attacks in return. Providing a correct answer deals bonus damage to your opponent, and wrong answers allow your opponent to inflict some extra damage on you. Quickly answering a question doesn’t appear to make much of a difference (although the time limit is short enough to make to make tabbing out to search Google for an answer more trouble than it’s worth.)

Despite sporting the usual cutesy aesthetic that now defines social games on Facebook, Trivia Adventure is no kid’s game. Almost every question makes you think, and some topics cater to a mature audience. While I don’t doubt that there are some precocious fifth graders out there who know that Herculaneum was destroyed along with Pompeii in A.D. 79, I’m far more skeptical that others would know which author is the namesake of a playground at the intersection of 10th Avenue and 22nd Street in Manhattan. Parents may especially recoil when their child asks them what essential ingredient transforms a Black Russian into a White Russian. 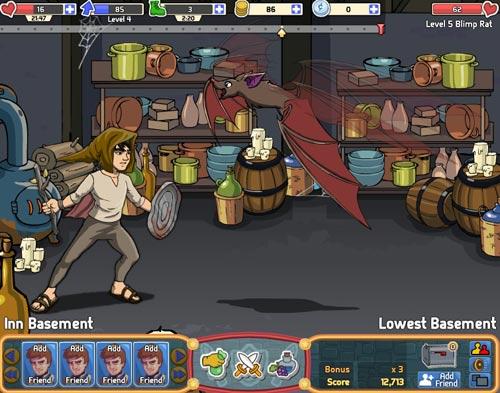 Overall, however, Trivia Adventure is a fun game that’s a must play if you’re a fan of both trivia games and RPGs, particularly since developer Steel Penny took steps to provide questions pertaining to the country that you’re playing from. And with social gifts, a form of leaderboards, and plenty of loot and gear, there’s enough here to satisfy most casual visitors. Add an ongoing story and the promise of new equipment and questions, and it’s possible that this entertaining social title will keep your attention for a long time to come.