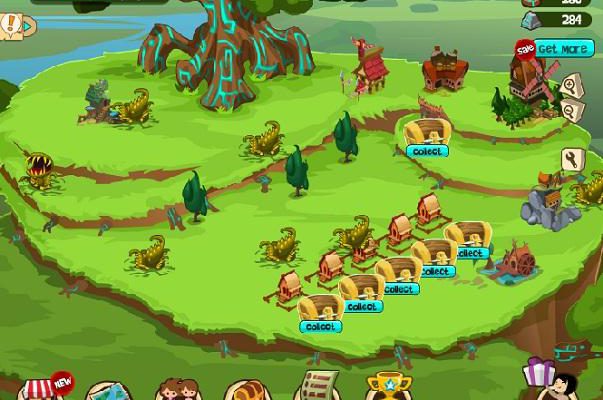 Social games are maturing rapidly, now at the point where game designers are starting to play around with game designs that blend elements from different genres. Treetopia seems to be about fusing the sense of progression text RPGs can offer with the creativity of a city-builder. The gameplay doesn’t completely work, but it’s an interesting idea that could develop into something extraordinary given enough time. There’s a sense in Treetopia that you’re interacting with a more substantial world than you usually see in Facebook games. 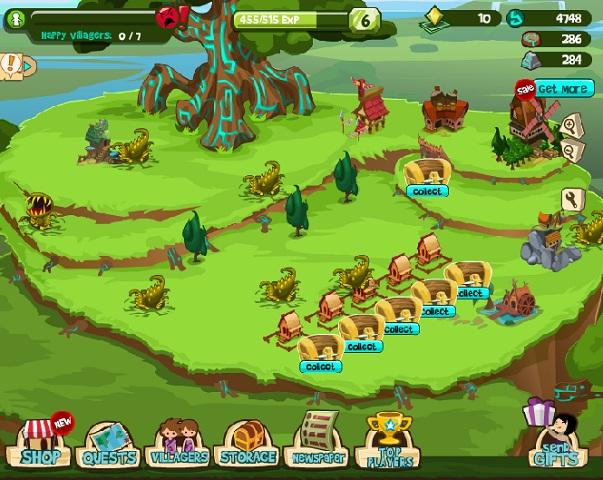 The RPG elements of Treetopia make gameplay very straightforward. You’re given a tasklist that hovers in the upper-left corner of the screen while it’s open, clearly indicating whatever you need to do next. Generally the city-building part of the game focuses on the typical stuff for that genre, constructing new buildings, upgrading existing ones, and gathering resources from them. Treetopia also asks you to manage the size of your city, since your total number of villagers indicates which quests you can attempt. Your city will be periodically threatened by irritating killer plants that have to be eliminated by clicking on them. They frighten your villagers back into their houses, which means you can’t do quests that demand so many villagers. 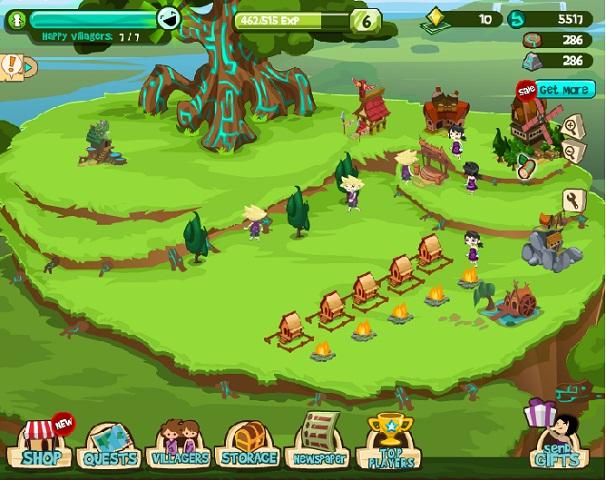 The RPG portion of the game begins in earnest when you click on the quests menu and go to the questing maps. Where most text RPG quests are a simple matter of clicking onto buttons, Treetopia features a surprisingly deep CCG-inspired battle system. To complete a quest, you’ll have to “defeat” enemy cards of varying colors. You can only attack a card with an ability that has a corresponding color. Your own “deck” of cards is generated by certain special buildings you’ve constructed in the city-building portion of the game. You upgrade these buildings to improve your power in battle. 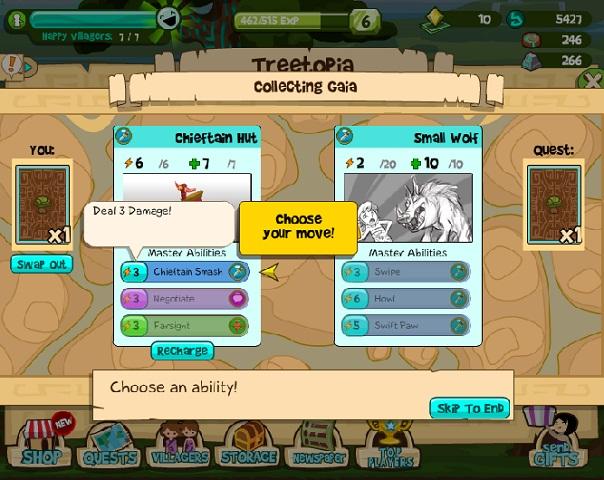 Treetopia‘s main problem as a game begins where the RPG and city-building portions intersect. You’ll find the difficulty of quests ramps up much more quickly than the pace at which you can construct the special buildings you’ll need to defeat new enemies. This is particularly the case with certain storyline-oriented quests, which may force you to do a bit of grinding for wood or stone before you can progress. When you go to buy a special building, you can easily buy something that can only be upgraded with real money and not find this out until after you’ve bought it.

The soothing music and brightly-colored animated characters in Treetopia are intensely appealing. It’s satisfying to see the great tree grow as you improve your city, just as it’s satisfying to actually fight your way through quests. Treetopia‘s pacing needs some work before it becomes a game as extraordinary as its premise.