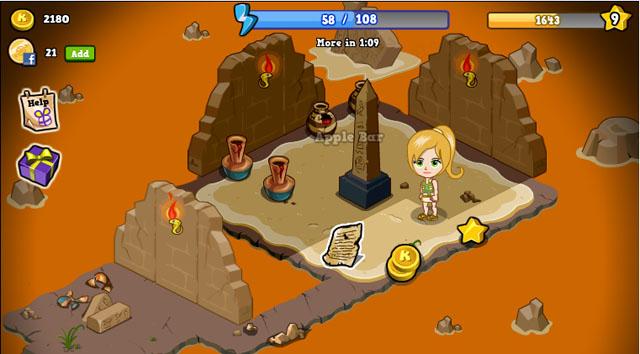 Playing Treasure Land is like going back in time to play an earlier, simpler kind of social game

What’s amazing with Treasure Land is the sheer extent of the cloning. Kudos Media has laboriously worked to capture the distinct Zynga look and feel. Everything from the fonts to the overall style of the avatars feels profoundly Zynga-like. There are some slight differences, particularly where certain elements of the GUI are located, but overall the design style of the game’s environments is the only real point of distinction. Where Treasure Isle used a tropical jungle look at first, Treasure Land sends you through vaguely Egyptian ruins.

The only real social aspect of Treasure Land is gifting. Where Treasure Isle would force you to gather gems to unlock certain areas of certain maps, Treasure Land wants you to gather “fragments.” Each fragment is set with a certain color of stone and can be used to remove a certain type of obelisk that blocks your way. The game gives you one per day when you log in and sometimes lets you dig them up, but you’re largely depending on gifts from friends when it comes to obtaining them. The one-per-day is a nice balance to keep the game playable for solo gamers.

Treasure Land attempts to make its gameplay less one-dimensional than early Treasure Isle‘s, without resorting to the FrontierVille-like obsession with notifications that dominates the current Treasure Isle. Treasure Land tries to give you some plot objectives to achieve, so you’re not just mindlessly collecting item sets. Most of these objectives involve your kidnapped father, a brilliant explorer who wants you to follow in his footsteps. This means you get quests where you search for his lost journal entries to find out what happened to him. 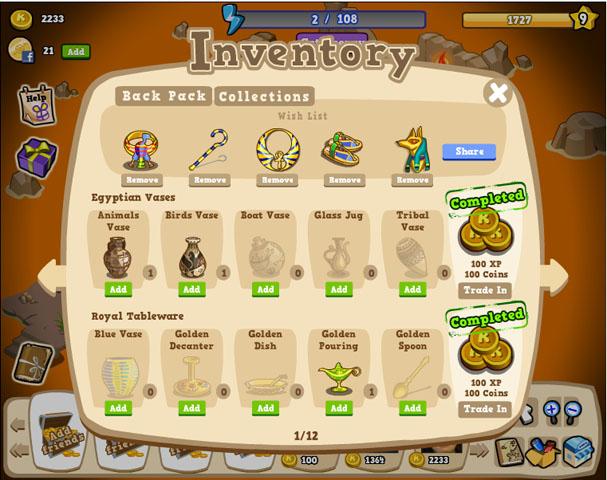 It’s only a small touch, though, and not quite enough to make the game feel any fresher. If anything, the point of Treasure Land seems to be indulging nostalgia for a game that, to some extent, just doesn’t exist anymore. It’s certainly fun to play, since you can log right in and get to quickly clearing maps. Most social gamers are probably tired of treasure hunting games by now, with even zSlide’s original Treasure Madness steadily losing players. If you aren’t, then here’s a chance to get in on the ground floor with a new one.