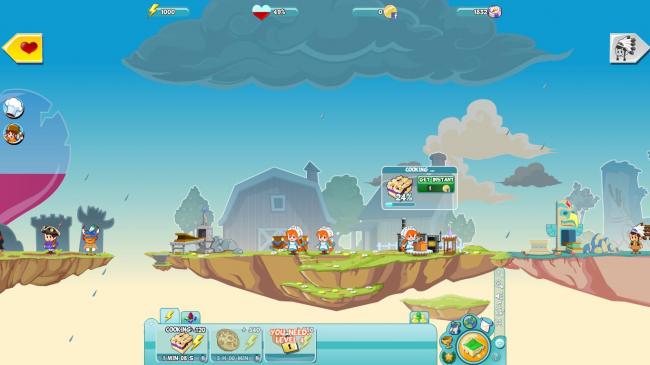 This Treasure City is no hidden gem

Name your game Treasure City and, well, you’re setting Facebook gamers up to have great expectations. This latest social adventure offers a few nuggets of goodness, including a playful presentation, but the overall experience feels more like a wild goose chase than a treasure hunt.

Treasure City has been invaded by the evil Mad Jakk, and it’s up to you to recover the sacred treasures he’s stolen by exploring sky islands and playing through brain teasers. You’ll be doing a lot of clicking on the environment, some crafting of items, cooking, and the progression of the game has a similar feel to MapleStory Adventures – lots of rinse-and-repeat gameplay.

The game is comprised of two main components: the grid-like sky islands and Tribe City where you’ll craft various items and foods. As you explore the game’s islands, you’ll gather various types of ingredients, which can be used to restore your energy. “Love” also floats around each island; catch enough of it, and your people will reward you with additional energy and chips (used for crafting and such). There are some neat ideas in place here, but the actual gameplay is mind-numbingly boring.

Exploration boils down to simply clicking on pieces of an island, and occasionally you’ll come upon a mini-game or locked grid piece. Locked portions of the island will require you to make a trip to Tribe City to craft emeralds, which are then used to bribe Mad Jakk.

Mini-games are extremely remedial – matching sets of numbers or letters, adding numbers to reach a specific total, or clicking as fast as you can before time runs out. The presentation and level of challenge suggest a game aimed at a very young audience, but perhaps too young for anyone who should be on Facebook in the first place. Of course, there are in-app purchases, but it’s unclear just who the developer expects to pay for them. 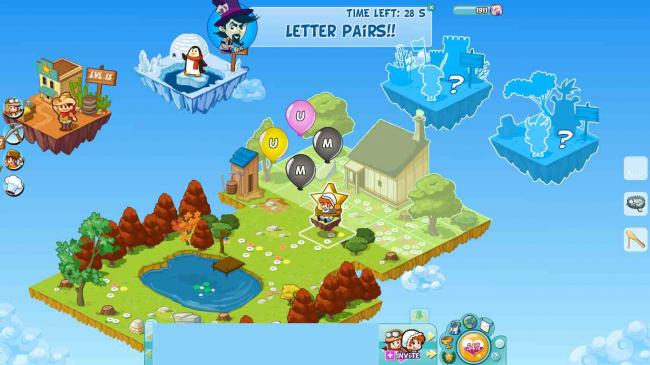 Once you’ve finished clicking on all of the spaces for a given island – run through each mini-game, unlocked all grid pieces by crafting emeralds – it’s on to the next sky island to do more of the same. The formula never changes, and the fun never truly begins.

Visually, Treasure City offers an attractive package, though the framerate tends to chug. There isn’t a whole lot of variety in terms of sky islands and their assets, but it’s a cute game overall. The music is laid back, and the sound effects and ambient noises all sit well alongside the rest of the game’s presentation.

Treasure City is obviously aimed at kids, and that’s fine. But where do the in-app purchases come into the equation? More importantly, why would anyone want to invest real money into a game so completely pedestrian? Teaching kids to count and recognize letters of the alphabet is great, but it can also be fun. Treasure City isn’t.