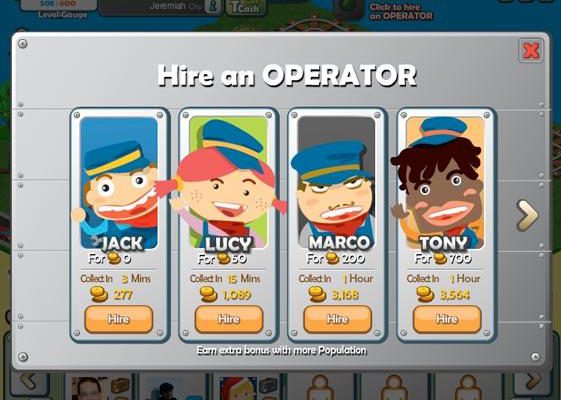 I came to TrainCity as one of the few Americans who still rides trains on a daily basis, whether it’s by dodging knife fights on Chicago’s Green Line or suffering through yuppie commentaries on Desperate Housewives on the statelier Metra line. As such, perhaps I expected a bit too much from this charming but simple offering by LIFO Interactive and Gamevil. TrainCity has passenger trains, yes, but it wrestles with just how to implement them into the growing city around it (much like Houston or Los Angeles), and while the overall gameplay isn’t bad at all, TrainCity is probably best left to the most casual of city builders.

At its heart TrainCity is a city builder much like CityVille. You build homes and offices, you toss up burger shacks and hospitals, and you plant a few trees and gardens to keep the general public happy. Over time, the dutiful denizens of TrainCity offer their gratitude through taxes, which you collect by clicking an icon that showers gold on the lawns below. It’s all remarkably user-friendly: The first few levels fly by like the Shanghai Maglev, and it’s possible to fill your entire map with businesses, homes and rails without running out of the starter cash the game provides. As you level, you expand your city by buying more land and building factories, police stations and the like, all of which bring in more taxes and keep your citizens happy so you can “build your dream railway.” 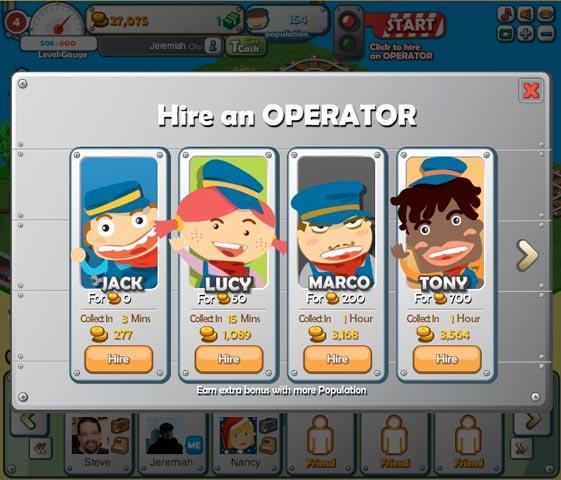 Or railways, if you prefer. TrainCity predictably allows for many more types of trains than your run-of-the-mill city builder. You start off with a standard one-car passenger line, but you can upgrade to a multicar system or, in later levels, build separate freight and commuter lines. Should you prefer, you can abandon roads entirely and force your helpless populace to travel only by rail. You can build freight lines between your factories and your town, or you can make a commuter route from your residential section to your business district. All in all, TrainCity offers an astounding 19 different trains for your pleasure, including a 400 m.p.h. engine at Level 30. The possibilities are almost limitless. 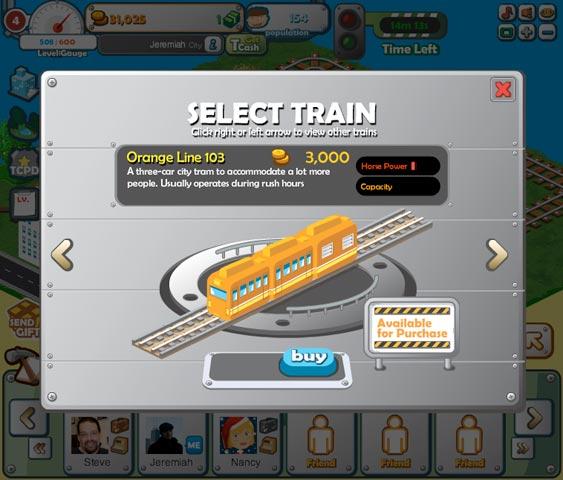 Regardless of how you develop your city, however, you’ll need to hire a conductor. These differ by the time they spend behind the controls, with one conductor working for only three minutes and others for as long as two days. At the end of their shift, you collect the fares from their passengers and use them to develop your railway even further. But here’s the catch: At the end of any particular conductor’s shift, the train just stops wherever it happened to be at the time. This causes no discernable dissatisfaction from your customers, even if the train is blocks away from the station. Indeed, it’s probably possible to play TrainCity without ever even building a railroad. It’s not a game-killer, but such odd decisions do make the focus on trains seem forced. 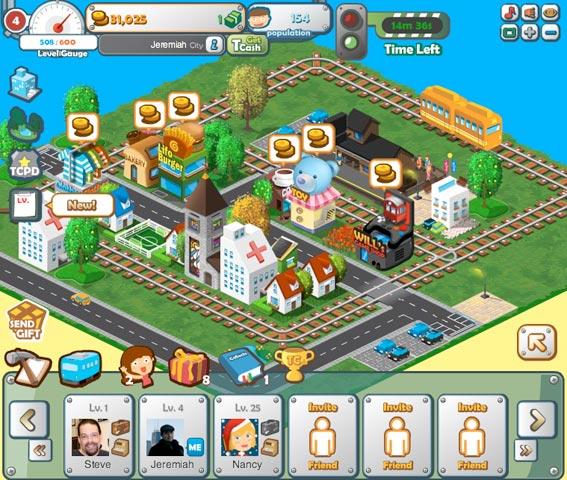 Aside from a tutorial-like quest system and collection items that randomly appear when you collect taxes, that’s TrainCity in a boxcar. You can visit your friends for a boost to either your town’s happiness or population—while your friends get the opposite bonus of what you chose—and you can send them a limited assortment of businesses or decorative items as gifts. The game as a whole is remarkably bug-free, and the art style is delightful (even if the slightly-crazed conductors look like people I’d never want in control of my daily commute). 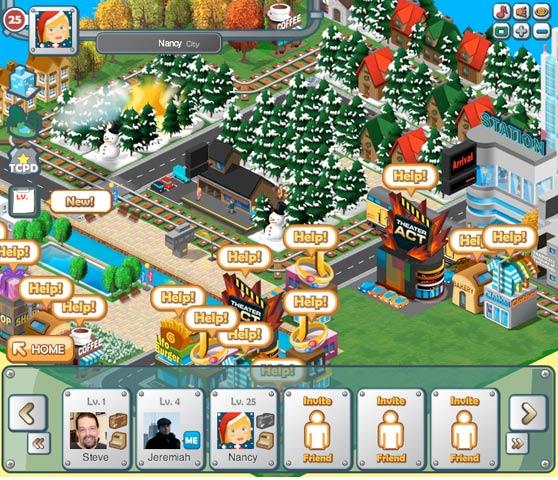 TrainCity may be simple, but it starts to grow on you if you think of it as a digital model train set. This is a city builder for the Facebook planner who has little time for hours of careful development and management or for the occasional would-be Robert Moses who wants to learn the basics before moving on to the SimCities and CityVilles of the world. It’s fun, not strategy. To be sure, parents may find it an excellent choice for their children. On the other hand, I suspect that veterans of city sims will turn their noses up at TrainCity’s relentless concessions to accessibility. Still, it’s technically still a beta, and there’s a whole trainload of potential here. Can LIFO Interactive harness that potential and transform TrainCity into the little app that could? I think they can.