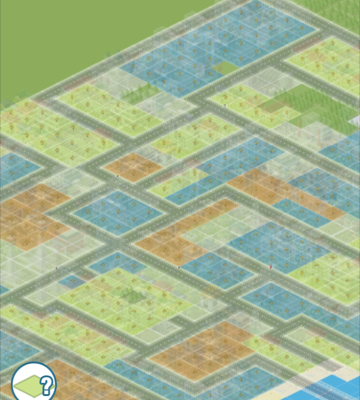 The grind to avoid IAPs can be tedious.

Train Conductor World: European Railway doesn’t actually sound like a very fun game. It sounds quite boring, in fact. Who wants to route trains all day? As it turns out, I do. This iOS release looks and sounds as though it might be a pedantic stroll through the world of train conductors, but it’s actually an engaging and fast-paced title that’ll have you dreaming of switching tracks the first day you boot it up and spend a couple of hours sending trains on their merry way.

You’re tasked with making sure trains hurtling across the screen on a friendly-looking set of train tracks get where they need to go without any collisions. You must reroute traffic by selecting a train and dragging it to another track to properly divert it. If you divert one train to another track once going along on its merry way on, it’s game over, and you don’t want that. You’re assigned a set number of tracks to manage with new trains. You can merge whichever tracks you want, but it can be hard to figure out where you should send trains when you’ve got multiple ones coming at once. When you cause your first collision it’s even a little jarring since the game seems so forgiving and peaceful up to that moment. 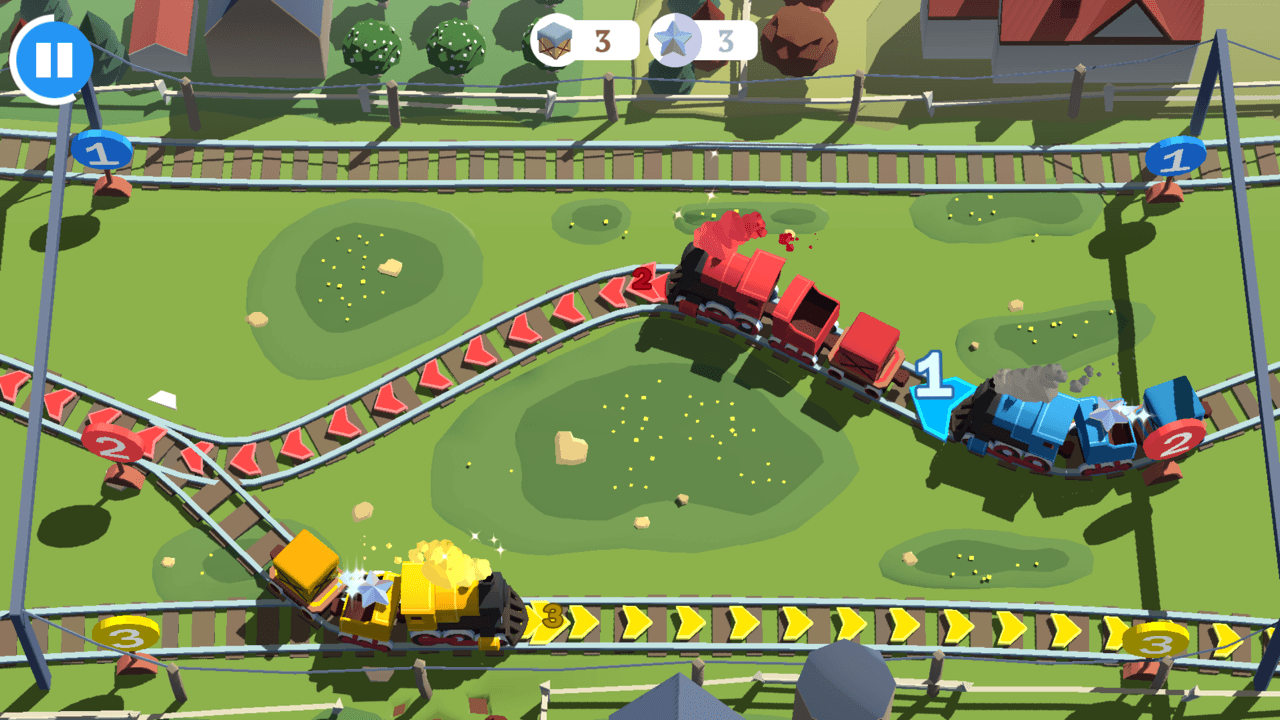 There are 11 different locations with different objectives, each of which allows you to unlock additional track pieces to make your way across Europe. Tracks, locations, and environments change as you progress through the game, so even with humble beginnings you’ll be traveling to Paris, Amsterdam and more.

While it’s an added bonus to get to “see” the world in-game and the various European locales, where this game really shines is its dedication to offering simple and challenging management sim mechanics. There’s absolutely nothing to dragging tracks and merging them, and the game feels fantastic the way it’s built. You even have the option to stop a train for a moment if you need some time to think, which was a great touch. While this can take away from the stars you can earn for a level, it’s a helpful addition that you will absolutely find yourself using when you just start off playing.

What ties it all together are the colorful voxel graphics and lightheartedness of it all. It could have very easily gone south if it featured realistic trains, switches, and tracks but the lighter-colored voxel trains not only make the game feel great as a touch control-based endeavor, but proper, obviously bringing to mind games like Crossy Road and other titles of that ilk. The music is airy and pleasant as well, and while there’s so much urgency onscreen, it’s hard to concentrate on dire emergencies such as two trains slamming into each other when the game feels so inviting.

Train Conductor World is free to play, and if you want to replay missions you’ve failed you can generally do so by watching an ad, which isn’t too bad of an ad model. You can also make several in-game purchases to customize your trains or buy additional train tracks to see the rest of the world. They’re completely and totally optional, though.

In the end, Train Conductor World: European Railway is a colorful and interesting riff on time management sims with plenty to offer. I wouldn’t normally take a chance on these types of games, but in this situation, I’m really glad I did.