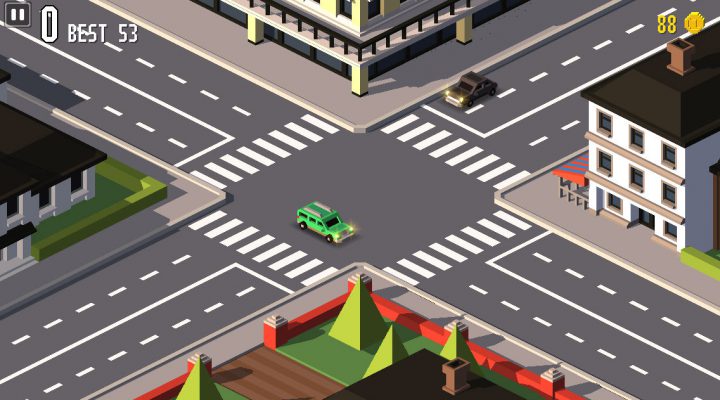 A fun and simple vehicle management game from the old days of mobile gaming.

Controls are a bit off at times.

Now that the classic high-stress vehicle management game Flight Control is gone from the App Store, those of us aiming to die of a heart attack before the age of 50 must go elsewhere for the opportunity to orchestrate a potentially deadly dance between enormous machines.

Traffic Rush 2 may be what you need to scratch your “AAAAAAH!!” itch. It’s a game about managing traffic in a busy intersection. There are no lights, no stop signs, and no trace of common sense from the drivers involved. Whether things run smoothly, or whether everything ends in a twenty car pile-up, it’s your responsibility.

Traffic Rush 2 is solid, simple fun, but its engine goes chug-chug at times. There’s a car-collecting aspect that isn’t very exciting, and more importantly, you have to be pretty precise about where you put your finger when you’re controlling traffic. 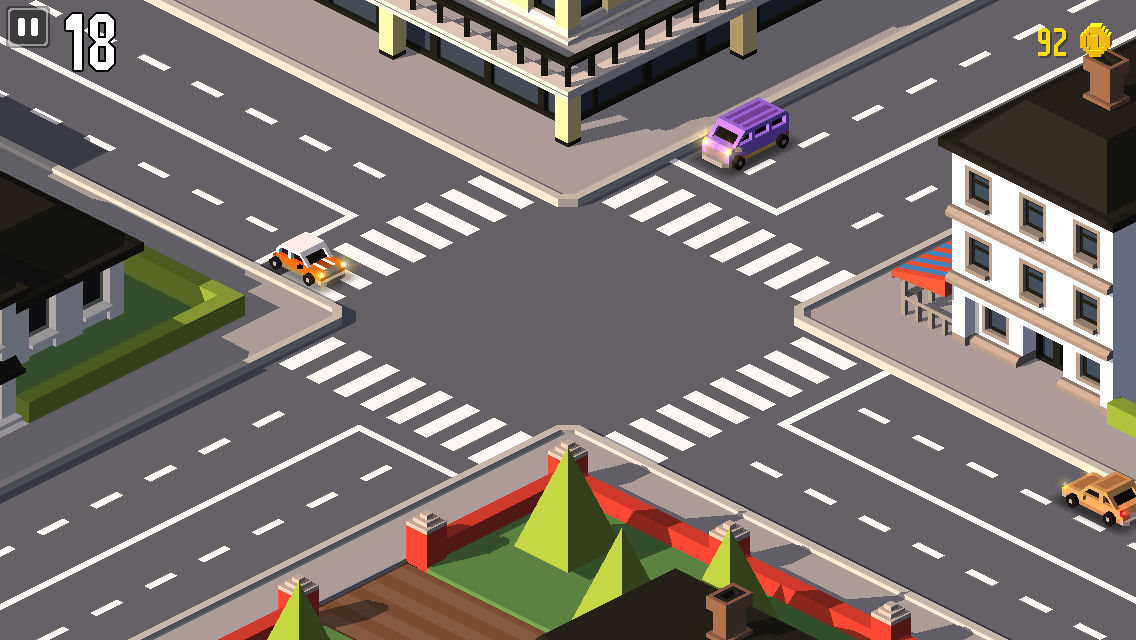 Traffic Rush 2 presents you with a steady stream of cars and a four-way intersection. If left alone, the cars move at a moderate speed without braking for anyone or anything. If, however, you tap on the car, it stops for a few seconds. Once its rest period is done, it starts rolling again. And if you “flick” a car, it goes flying through the intersection at top speed. 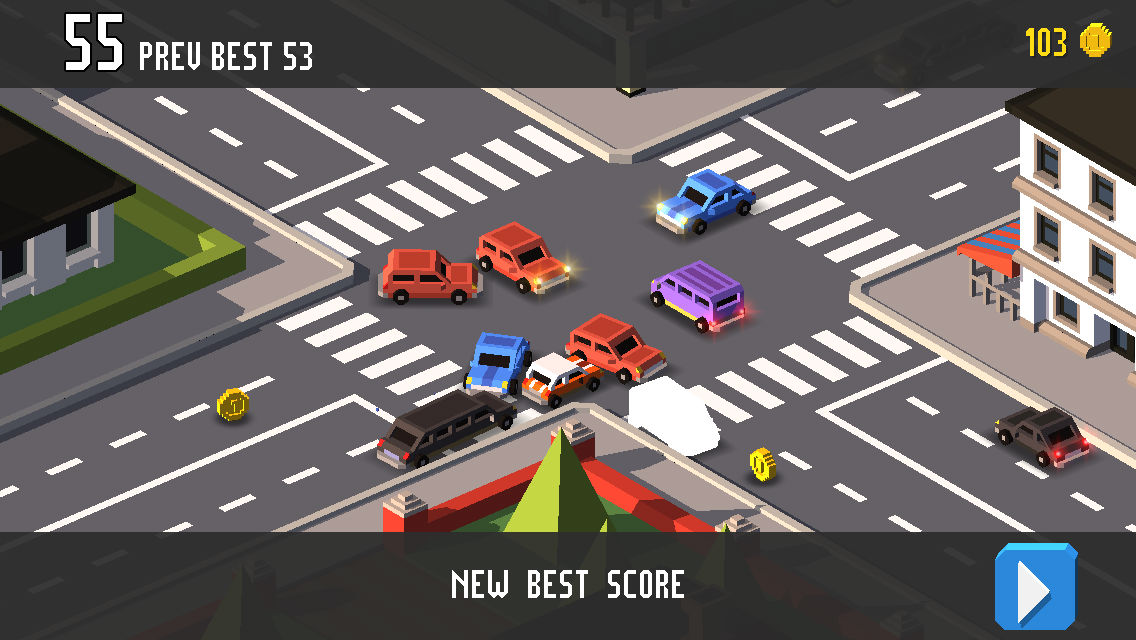 Traffic Rush 2 easy to grasp, and it’s a lot of fun to play. Finding a workable rhythm is quite a challenge, not to mention there’s the added lure of attempting to (safely!) grab the coins that pop up in the intersection.

The longer you play, the more frantic the traffic becomes. The idea is to keep things running as smoothly as possible for the sake of a high score. When you fail — notice that word, “when” — you’re, um, rewarded with a multi-vehicle pile-up that just keeps on building. It’s hilarious, as long as you assure yourself that everybody’s OK and nobody died and left behind orphaned children.

It needs to be noted that Traffic Rush 2 demands a certain amount of precision, which can make your task a little more difficult than it needs to be. There were several times wherein I flicked a car, only to have the game decide my finger wasn’t actually near the vehicle. Cue massive traffic disaster. 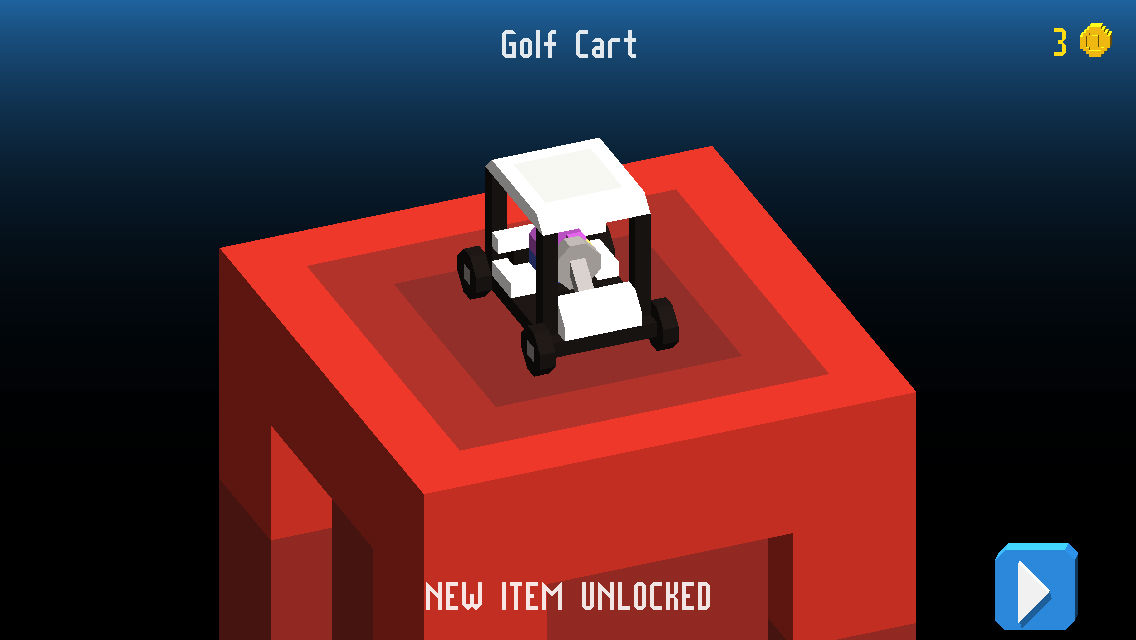 Traffic Rush 2  also lets you collect cars, a la Blocky Highway. Doing so doesn’t instill the same sense of satisfaction and pride, however, since your “collection” merely determines which vehicles show up on the road. They appear for a split second, then they’re gone.

Vehicle management games were once a healthy, proud genre on the App Store, but examples of hearty category specimens are dwindling. If you want to play with some lives, Traffic Rush 2 gets you where you need to go.

Planet Diver Review: Not Quite Free-Fallin’