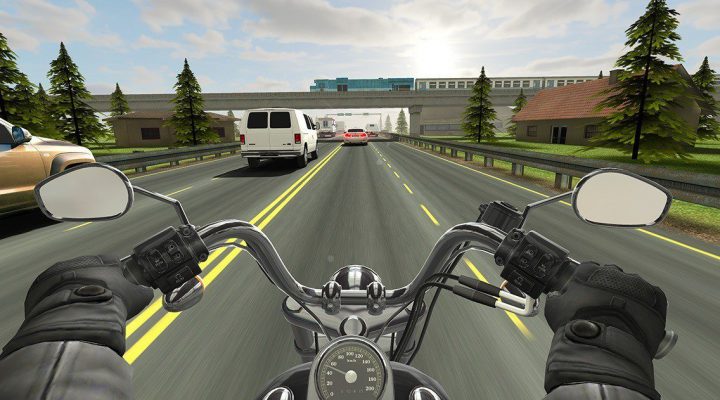 Lots of things to work towards unlocking.

No energy-based system holding back the gameplay.

The initial excitement wore off for me rather quickly.

Traffic Rider is an adrenaline rush. I found it even more exciting than last year’s spectacular  AG Drive. Traffic Rider focuses on navigating various two-wheeled vehicles (mopeds to motorcycles) through busy highways and city streets, while attempting to complete the various objectives that each level requires.

But while Traffic Rider did a great job of giving me small adrenaline rushes that kept me coming back for more,  the thrill of the game burned out quicker than it should have. 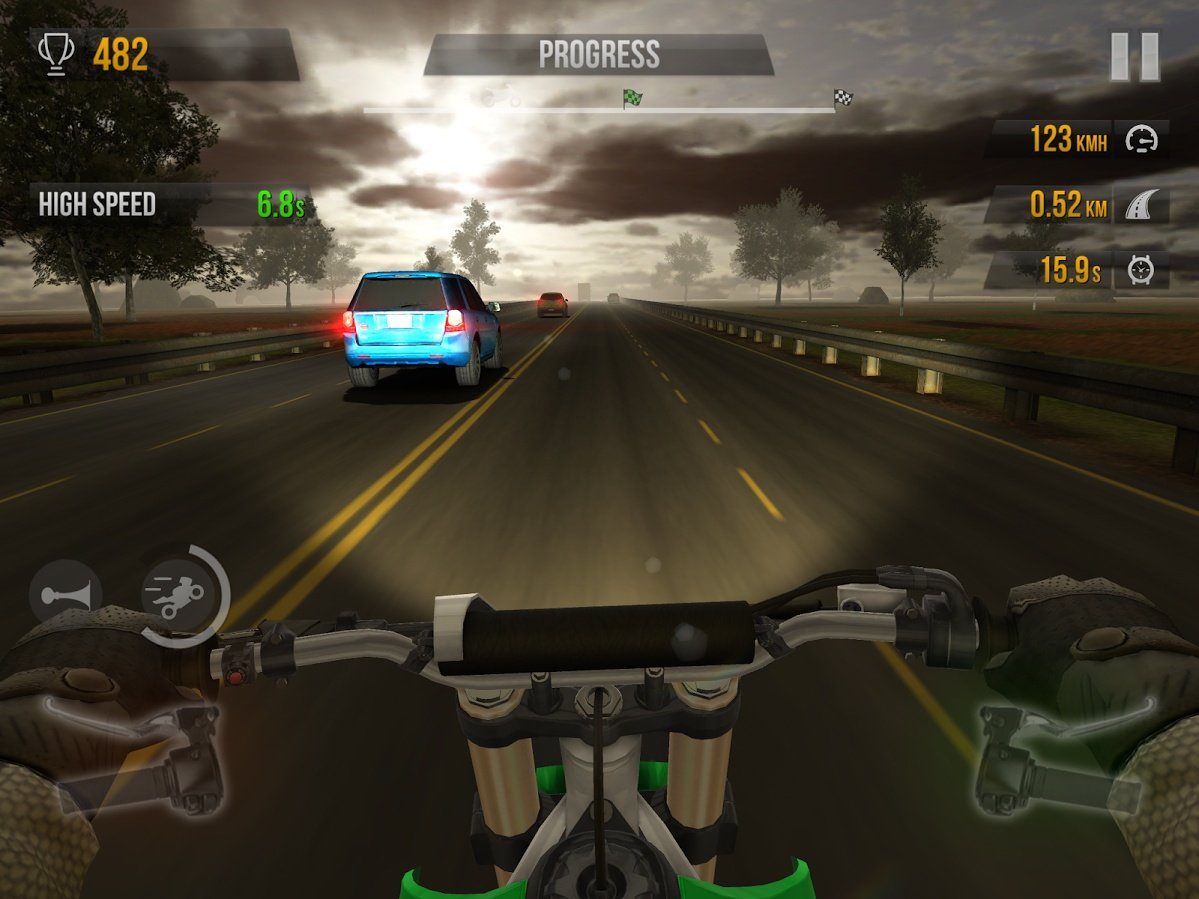 It was a combination of perspective and controls that sucked me into Traffic Rider. Not only is Traffic Rider a first-person experience, putting me right between the cars and trucks I’m zooming on by, but it allowed me to control my bike’s movement by tilting my mobile device to simulate leaning into a turn. The first-person perspective combined with the tactile controls helped to simulate a very immersive experience.

As I made my way through the game’s Career mode, I was rewarded with cash and experience points. Collecting enough experience points leveled up my profile and unlocked new bikes and additional game modes, while the cash I collected I could put towards unlocking newer, and better, bikes. Each bike looks differently (though in first-person you’ll hardly notice) and each bike has slightly different stats than the others, —again, something I hardly noticed.

Maybe comparing the first moped you get in the game to the very last motorcycle you can unlock will see a noticeable difference, but aside from an increase in speed limits, there wasn’t anything remarkably different i the experience provided by the first few vehicles I unlocked.

The game forces you to upgrade to newer bikes, too. It’s something I’ve seen before in free-to-play games, and acts as a nonsensical roadblock to keep players from zooming through the game — but at least Traffic Rider has no limit to how many attempts you can make at trying to complete a level. There is, thankfully, no energy-based system in place to limit the player in Traffic Rider.

But from my experience, after the thrill of squeezing between cars at 100km/h fades, Traffic Rider has little left to offer. It’s fun, in those opening moments, but I can only drive around cars for so long before I’m ready for something more. You unlock extra abilities like being able to honk a horn or pop a wheelie, but once the initial shine wore off of Traffic Rider, there was just no going back for me. 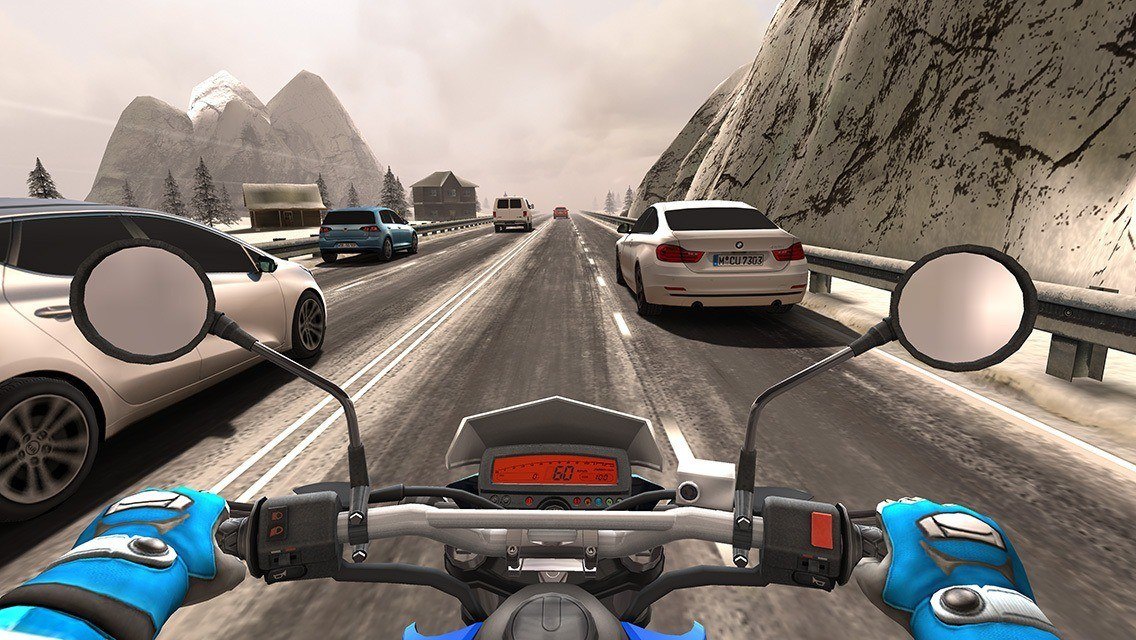 To the game’s credit, there is a lot to do, so if you’re the sort of gamer who can see themselves driving around cars for hours and hours, than you’ll actually get a lot out of Traffic Rider. There are multiple game modes apart from Career, multiple locations and times of day to unlock for each location (the sunset maps look pretty impressive), and, of course, there are all the bikes that can be purchased and upgraded.

Traffic Rider is an exciting racing game that while the adrenaline rushes to be had early on fade over time, the game still offers plenty of things for players to work towards, without limiting their ability to obtain those items in any obstinate way.