Toysburg Review: A Neighborhood of Make-Believe 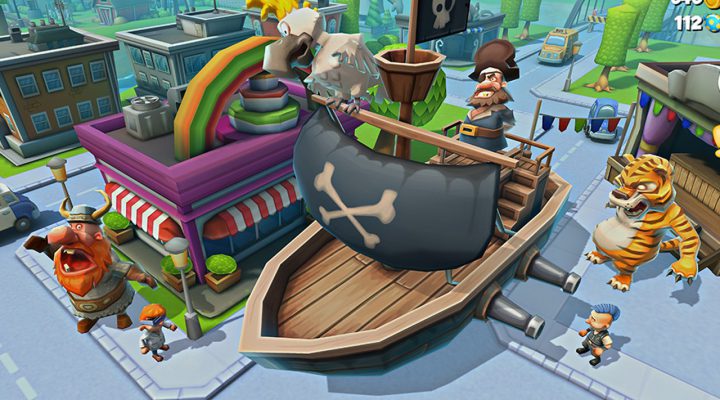 A creative idea for a quest-based game.

Gets repetitive and boring after playing for awhile.

Back in November I wrote about Toysburg, a game that “lets you turn little girls into nasty old pirates” as I put it. The game officially launched late last week and I spent the weekend playing through the game.

And by “playing through the game”, I mean I spent my weekend building toys that turned adorable children into big, creepy monsters.

Toysburg is all about picking up quests from the neighborhood kids, and then finding the pieces and blueprints to construct the toys the kids need or want. The quests themselves are all very silly: one had me turn a kid into a Mummy so a kid stranded in the bathroom could finally clean up. Think about that one for a second.

Angry Mob Games did a great job doing the Pixar dance; that is, they made a game that is entertaining for kids but can still make their parents chuckle. As a 25-year-old kid, I found myself smirking at the game’s chattering characters many times.

As charming as Toysburg’s quest dialogue was, some unusual game design decisions eclipsed the fun I was having with the characters. One of the most confusing aspects of Toysburg involves the creation of the toys, in general. There were times where I would build one toy, let’s say it’s a cat, and then awhile later I’d be required to make a cat for a different quest …but the cat toy wasn’t available to create. It wasn’t even an option in my blueprint book. Turns out sometimes you’ll just get a toy that isn’t available to you yet, and you have to take a piece of that toy to the store owner so he can get you the blueprint to allow you to build that toy.

That’s a confusing way of handling things, especially in a game for kids. 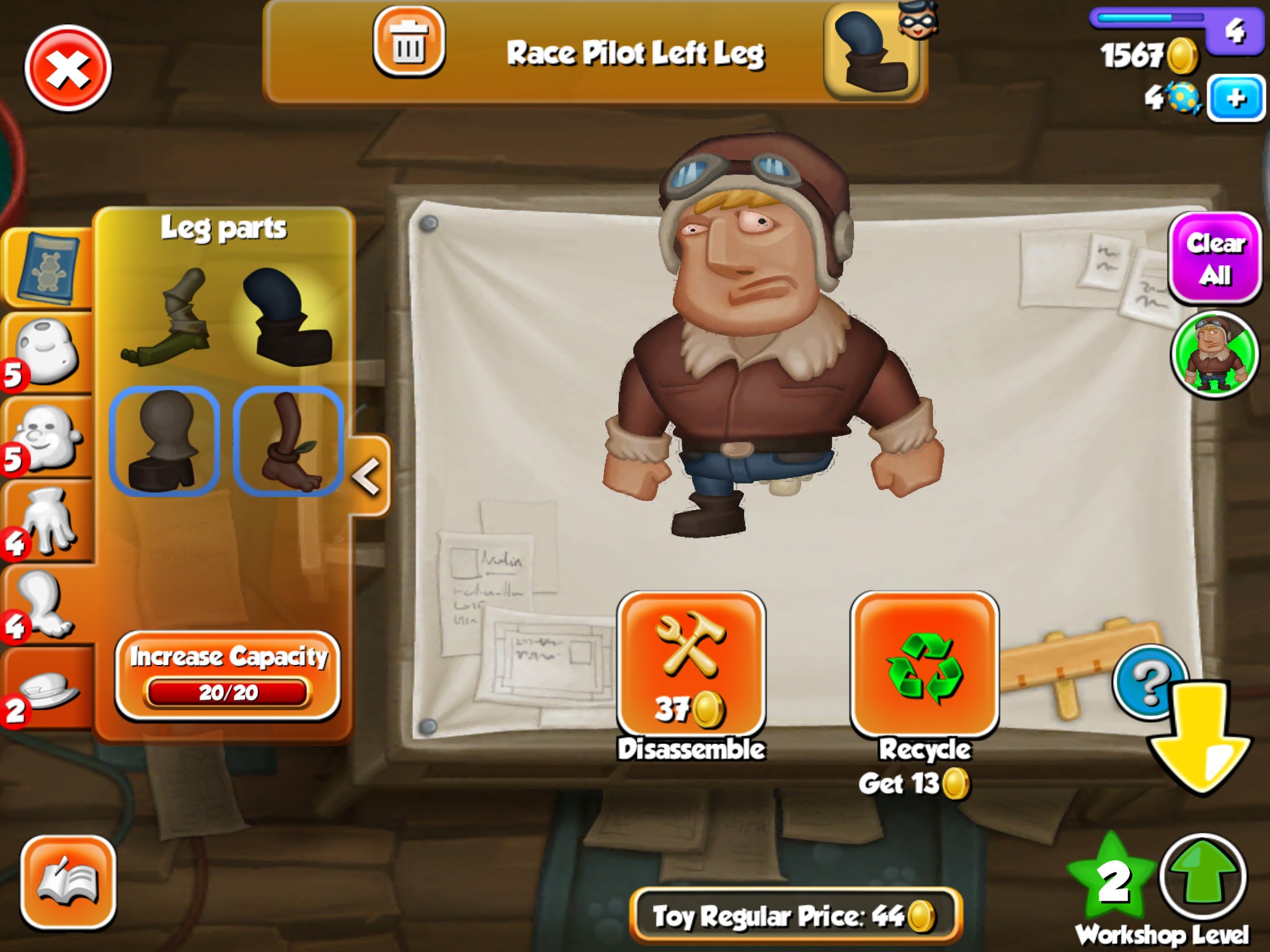 At another point in Toysburg, I was required to build a race car driver. I still had the toy from the previous quest but I just had to replace one of his legs. So I ordered the leg, picked it up from the store and took it back to my house (why I can’t have the toys delivered to my own house, I don’t know) only to find out that I can’t simply attach the new leg to the part where the old leg fell off. I had to disassemble the entire toy, and then put it all back together.

That’s three steps too many.

Speaking of steps, you’ll start the game out by having to walk everywhere. As you level up you’ll unlock a speed boost ability, and then after questing for a bit you’ll get the ability to build a scooter or a skateboard to help you traverse through the neighborhood faster. I got the skateboard, because I’m cool like that, and it did help alleviate the boredom of having to walk everywhere to pick up parts, bring them home, and then chase down the kids scattered all over the neighborhood.

While I like the overall concept of  Toysburg, —building toys to give to kids to make them larger than life and do cool things— there is a lot of missed potential. Sure it’s cool to be a kid who can make all these magical toys …but after awhile I realized that it’d be even cooler if I was able to do something interactive with the toys I was making, rather than just dragging-and-dropping them onto a kid and then just stand there and watch them as they have the time of their lives.

Imagine being a kid and having the chickenpox the same time your sibling is having a birthday party. You’re stuck inside, watching all the kids playing and having so much fun outside. Everyone is having fun, but you. That’s how I felt after playing Toysburg for awhile. I wanted to be a pirate, I wanted to be Cerebus, I wanted to play outside and have fun too.