Home / Reviews / Toy Story Drop! Review: To Match-Three, and Beyond!

Toy Story Drop! Review: To Match-Three, and Beyond! 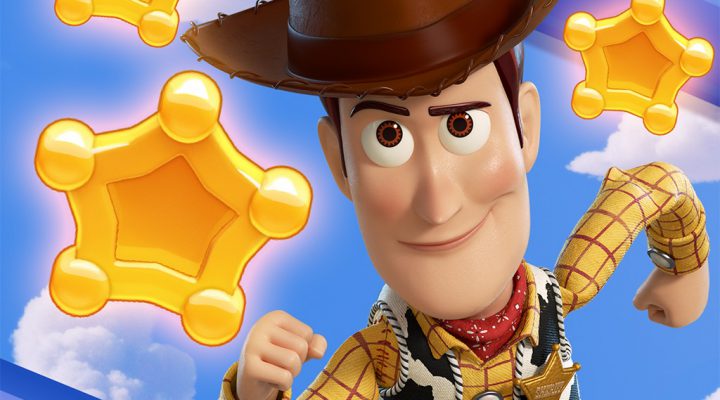 Tons of hours of gameplay

Toy Story Drop! Is the latest to join the ever-growing list of Match-Three games? From Candy Crush Saga to Angry Birds Blast, there is no shortage of well made match-three puzzlers. With that being said, does Toy Story Drop! Do enough to stand out from the crowd?

Is it better than the rest?

To answer this question in as few words as possible, I will say no. There is not a lot of room for innovation for matching three identical blocks or more. But, Toy Story Drop follows the same formula of combinations and power-ups popularised by other titles.

If you match four blocks in a nice neat little square, you get a rocket which will target the objective you are facing. If you match five of the same blocks in an ‘L’ shape, then you get a ball which bounces away tiles in the immediate area. If you have played match-threes like Homescapes, then this all sounds familiar.

It seems Toy Story Drop believes there is enough fun to be had with the characters and voiceovers that it doesn’t really matter that gameplay is stale and unoriginal.

So that’s it, it’s rubbish?

Whoa, easy there cowboy. I will admit that it is easy to criticise a game for all the things it doesn’t do, like Red Dead Redemption does not do my tax return. With that being said, Toy Story Drop does everything it is designed to do, and it does it rather well.

If you are looking for a match-three game with familiar faces and not much to learn, this is for you. It’s one of those beautiful time killers where adverts aren’t involved every five minutes. To put it in the simplest terms, all there is to worry about is the puzzle and then you can enjoy company with the characters from Toy Story.

Completing certain levels will unlock parts of a Playset. A Playset is best described as a bonus scene to freshen up gameplay every once in a while. These scenes are inspired from moments in the previous Toy Story movies and are a great addition to keep you entertained.

So it’s all great?

Since I have your attention, there is one thing I need to mention. Most of the voice clips are fine and are ripped directly from the movie. Some of these clips can get repetitive and annoying, for example, the Alien’s Saucers which remove pieces. There is only one voice line for this move, so using the moves over and over will drive you up the wall.

The main reason I am mentioning these voice clips is there is one in particular that rings in my ears. Although most sounds are most likely from the movie, others sound like poor initiations. When Woody says “Unbelievable” there is a distinct ring at the end that does not sound like the Woody we all know and love. My advice, play with the sound off and nothing will annoy you.

Warriors of Waterdeep Review: A Mobile RPG Without Gacha and Autoplay?!