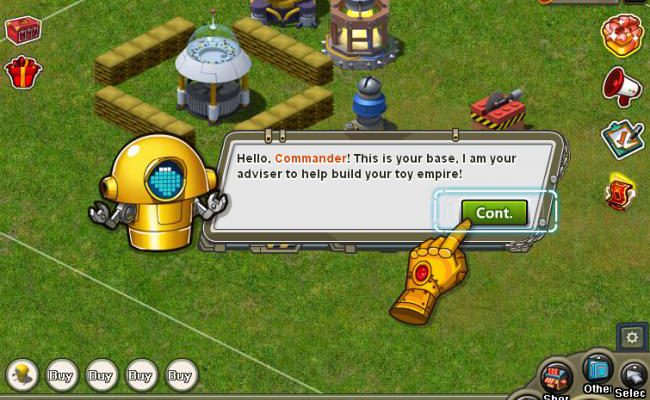 Toy Attack is one toy story that Facebook could live without

Packaging hardcore gameplay with casual sensibilities seems like a no-brainer when it comes to developing for Facebook. 6waves has just released their latest adventure, Toy Attack, onto the platform, borrowing from an assortment of real-time strategy (RTS) games whilst simplifying its mechanics in ways social gamers can easily relate to. The experience is easy to jump into, but the hobbled-together design squeaks and screeches at every turn.

Following in the footsteps of games such as Wasteland Empires and War Commander, Toy Attack offers familiar RTS gameplay paced similar to a city building sim. You’ll need to construct a stronghold, erecting a base, training facilities, and resource structures. Missions are designed to walk players through the basics, and you’re given a six-day grace period during which other Facebook gamers are unable to attack you. 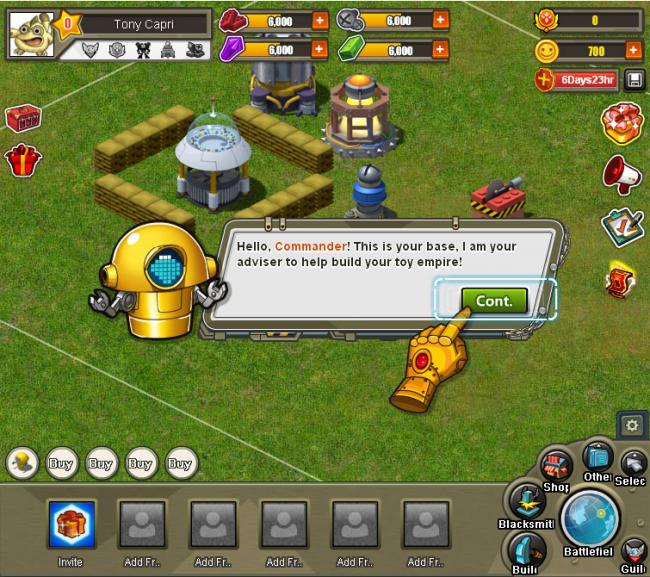 By now, this is all typical fare, but Toy Attack takes things one step further in terms of streamlining gameplay. As is the norm, you’ll engage in raids against A.I. bases early on in the adventure – another way the game readies you for multiplayer – but you have zero control over units on the battlefield. You can select which units participate in combat and how many units enter battle, but that’s it. This, of course, is problematic, especially when troops attempt to divide and conquer amidst an array of deadly towers.

Additionally, many of the units that survive raids never seem to make their way back to base. You might see six or seven friendly units remaining at the end of an assault and find only a single unit has made its way back to camp, with no explanation from the game as to what happened to your other surviving toys.

Rather than moderate play by way of energy, your ability to trudge onward is dependent upon the amount of resources you manage to churn out. There are four resources to contend with, which can be produced through resource structures or acquired from raids. However, worker bots are in limited supply, and unlocking new units, upgrades, and structures all have level requirements. This particular circle of life can be slow-going and tedious. 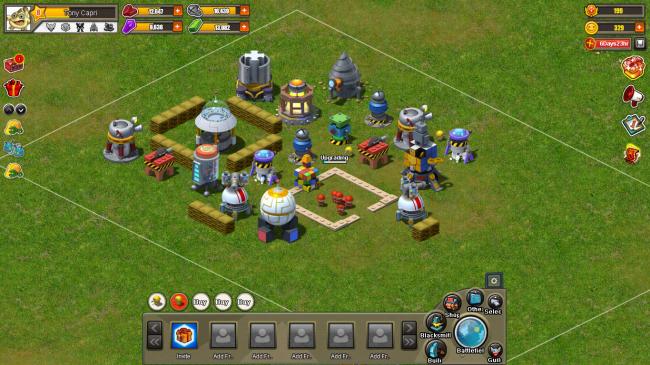 Visually, Toy Attack has a pleasant presentation, but the actual assets and textures are bland. The animations tend to lag in spite of pushing graphics that are greatly lacking in detail, and explosions are laughably bad. The game’s music is turned off by default, which does little to help make a good first impression. Turning the music on, however, doesn’t particularly enhance the experience, and the sound effects are completely uninspired.

Toy Attack has a mildly amusing premise, and many of its core gameplay mechanics are fun in theory. However, poor pacing, a lack of unit control, as well as various bugs and questionable design choices make this a game that’s easy to grow impatient with. A new generation of Facebook titles have significantly raised the bar for casual RTS gameplay, and settling for broken toys simply isn’t necessary or recommended.