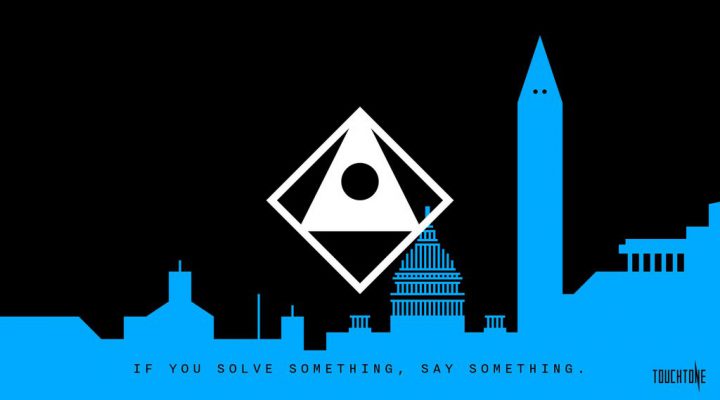 A unique blend of puzzle, story, and social message.

If you are really and truly stuck, there's no way to skip a puzzle.

I’ve been playing TouchTone for the better part of a week, and I don’t feel like I’ve made it very far.

I can see how, to those who haven’t played TouchTone, this might sound like a complaint. A gripe about length or difficulty or obstacles – but in truth, it’s the highest form of compliment. TouchTone is a game that’s perfectly designed for a certain set of of mobile gamers.

But let’s not get too far ahead of ourselves. Before I tell you why it’s great, I should probably tell you what it is.

TouchTone is a puzzle game about making connections. If you’re an experienced puzzle gamer, you’ll probably recognize the base mechanic as the sort of light-bending puzzle game you’d find in Deflektor or God of Light. You’ll need to connect squiggly lines (representing telephone signals) to the same-colored node by placing objects in just the right spaces.

It sounds simple, but like any good puzzle game, TouchTone is devilishly difficult.

But TouchTone isn’t just a puzzle game — it’s also a vehicle for social commentary. Your motivation for completing these puzzles is that, whether you like it or not, it’s your civic duty to report on people whose activities seem suspicious. Completing puzzles lets you hack into into other people’s communication lines to monitor their messages, which you’ll then report back to a government agency as being pertinent or non-pertinent.

And those communications you’ll be monitoring? They’re really interesting. 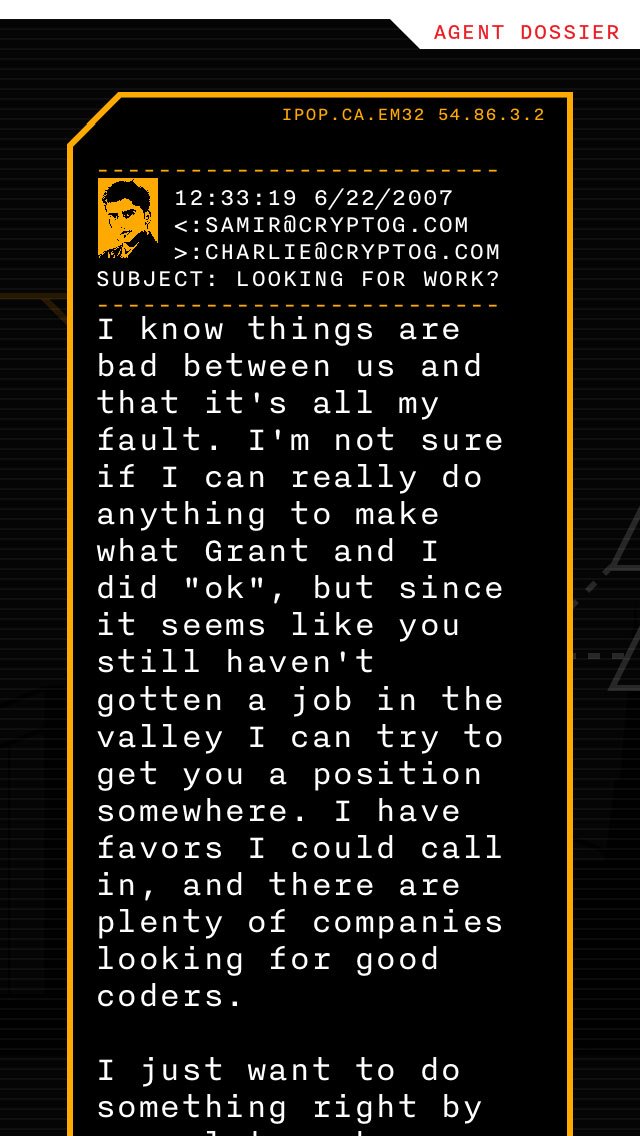 This brings us to the third thing TouchTone is: a great story. You might not expect it from a puzzle game, but TouchTone doles out pieces of story at just the right pace to keep you engaged. You’re never more than two or three puzzles away from the next trickle of narrative. It would be foolish of me to spoil any of the story for you, but I’ll say this: there’s enough intrigue here that you’ll want to see it through to the end.

That said, I haven’t yet. In fact, I feel like I haven’t made it very far into TouchTone — and yet that’s the very reason I feel it’s such a great mobile puzzle game.

Allow me to explain.

TouchTone’s gameplay basics might be similar to countless light-bending puzzle games that have come before, but the way they’re implemented here is fiendishly clever. Moving items can’t always be done without affecting the placement of other items on the board. Rather than picking up an individual puzzle piece you’ll need to shift the entire row or column, so even if you see a solution, getting to it might require a few extra steps. Maybe you’ll need to move one piece to the left, another down, and another to the right before sliding that next piece into place — and then you’ll need to move them all back.

Once you get deep enough into the game, item placement is almost a puzzle within a puzzle. 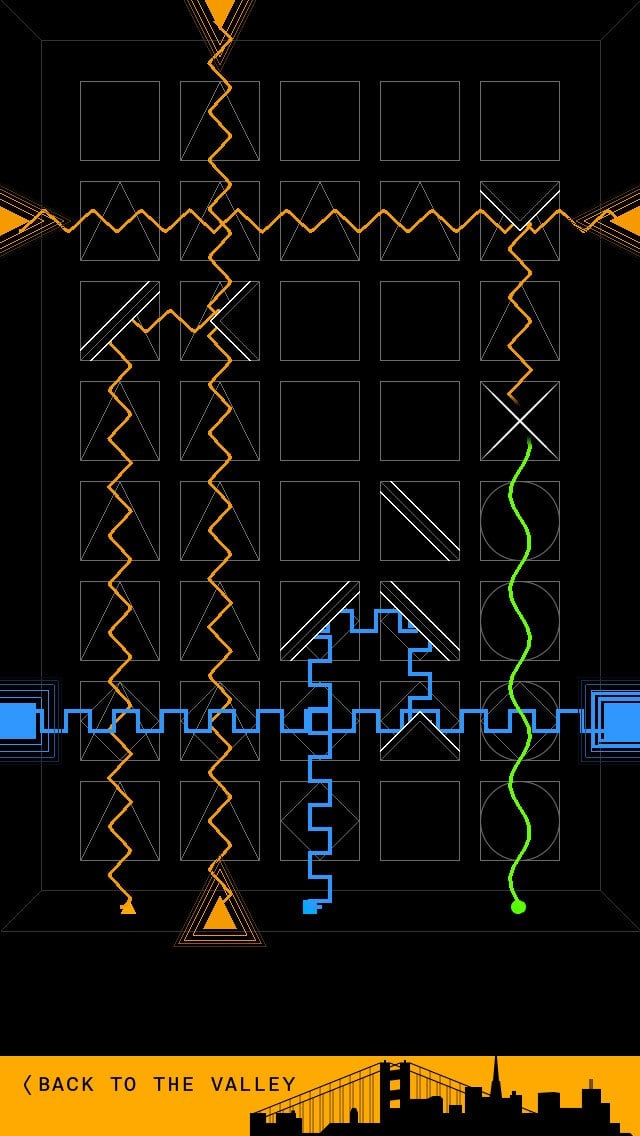 And the puzzles themselves can sometimes offer up a brutal level of challenge. On more than one occasion I’ve spent five or so minutes fiddling with a puzzle, only to let out a frustrated sigh and put my phone back in my pocket. Then, when I’d try again later, eureka! Approaching it with a fresh set of eyes was all I needed.

While a straight comparison to the puzzles in point-and-click adventure games sounds silly, solving some of the more challenging puzzles in TouchTone gave me the same sense of satisfaction. And they became all the more satisfying when I realized I was only one more puzzle away from getting another taste of story.

There was a launch day review of TouchTone somewhere else that said, while enjoyable, “it’s no Threes.” That statement is 100% correct. It’s also, I’d argue, what makes TouchTone so great.

Just because TouchTone and Threes! share a co-creator doesn’t mean they should have anything else in common. While Threes! is light-hearted and accessible, TouchTone is a puzzle gamer’s puzzle game. The fun here doesn’t come from topping your high score, it comes from surmounting a mental Mt. Everest.

Solving puzzles in TouchTone is a challenge, but it’s also an accomplishment. And considering each puzzle’s bite-sized nature, it still feels like a perfect fit for mobile gamers looking to squeeze in a quick play while on the go. What sets TouchTone apart is that it doesn’t guarantee you a warm, winning feeling at the end of that short experience; instead you’ll sometimes feel a healthy mix of frustration and inadequacy.

If you’re a gamer who digs something with a little more bite, this is a very good thing. Combined with a interesting story and a poignant social message, TouchTone manages to be three things at once, and it does all of them exceedingly well. If you’re up for the challenge, consider TouchTone an absolute must buy.

Remember: it’s your responsibility as a citizen.