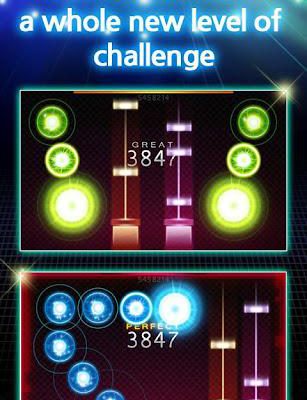 Ever since Guitar Hero came out a few years ago, almost every rhythm game since has seemed to rely on the tried and true “note highway” model. But it wasn’t always that way. For a long time, the gold standard was the old “drop from the top” style popularized by Konami and their Bemani games. I loved them, and loved seeing the style so well recreated in TouchMix FX.

For every song you’ll see what amounts to a few chutes across the screen for the notes to drop down from. When the notes hit the bottom of the screen you’ll tap them to trigger a sound that gets added to the song that’s playing in the background. Chutes pop up and disappear as the song progresses, adding to the challenge of the song. Sometimes circles appear on screen with a ring around them that shrink. When the outside ring touches the circle, you’ll tap them as well. They mix things up and add to the variety of gameplay. 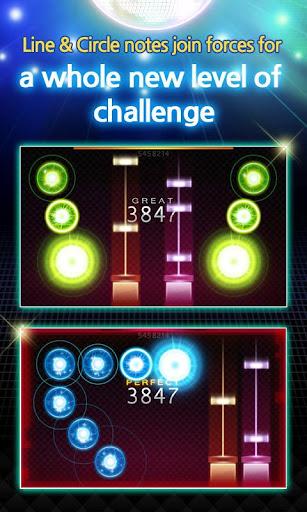 In rhythm games, there’s one make or break element to the game: if it’s not totally spot on, everything else tends to fall apart. That key element is the timing of the game. If I hit a button and it takes even a tiny amount of time for that to register in-game, it throws everything out of whack. Thankfully, during my time with TouchMix FX I had no problems at all with the timing and everything seemed nice and tight. Tapping and swiping all worked perfectly and did exactly what I wanted it to do.

But, sadly that’s where the good times end and the negatives start to rear their ugly heads. First is the minor quibble of how much you get up front. The app is free, but you only get 3 songs for that, which means if you’re looking to play more than 15 minutes you’re going to want to pony up the 2.99 to unlock the full game. As an upside purchasing does get you 30 tracks, so it’s a tangible amount of content. 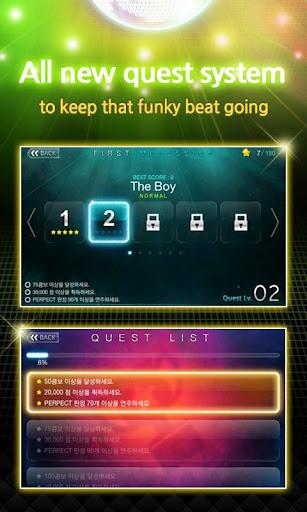 Unfortunately though, the songs all sort of sound the same. None of the songs are recognizable (to me anyway) and are mostly made up of amateur sounding mash-ups, j-pop and dance tracks. Some were ok, but on the whole they were pretty unforgettable. Not a big deal on your first run through the game, but the problem comes when you would normally want to replay songs, and can’t tell any of them apart and have no connection to them.

In something like Rock Band I can always jump in and play a few of my all time favorite songs, but here that’s just not really the case. I’m always open to learn and love new songs, but none of the ones here in TouchMix FX just made an impression. Of course, your mileage may vary; taste is entirely personal after all. 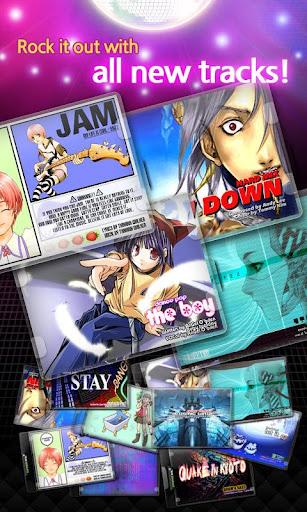 Finally, and this could be a deal breaker, TouchMix FX is very hard. I consider myself a pretty seasoned pro at rhythm games, playing them at the hardest levels for years. While the game never reaches insane levels, I thought very early on that more casual players would run into a difficulty wall only a few songs in. You’ll be tapping multiple places at once at varying tempos and sliding fingers around right from the get go. There’s no tutorial at all here for variable difficulty. If you’re even more casual than that, or are trying out a rhythm game for the first time, then you’re really going to be in trouble.

TouchMix FX is clearly not aimed at entry-level players. The tracklist is unrecognizable and won’t pull in music fans whose favorite band might be in the mix. In addition, the difficulty starts hard and just escalates from there. It’s a lot of fun once you buy the full game, but it’s really only for people that have been playing rhythm games for a while now.