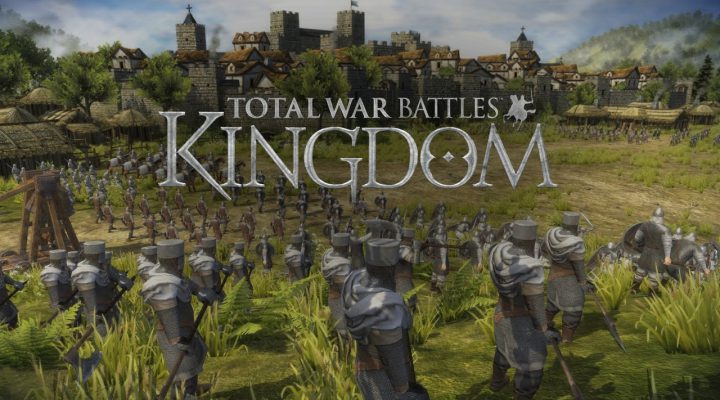 Battles are neat to watch unfold.

Grid battle system does not allow for too much on-the-fly strategy maneuvers.

Total War Battles: Kingdom presents an interesting opportunity, to observe a large, established franchise attempt to adapt to life as a mobile game. This isn’t the first time a notable series has attempted to slide into the mobile hemisphere: World of Tanks Generals turned out to be an excellent collectible card game that expanded upon the original game’s concepts. And it’s not even the first time we’ve seen Total War try it.

Total War Battles: Kingdoms seemed apprehensive to fully commit to a new mobile experience, and I felt like the game suffered because of it. The final product is a mobile game with the grandness and spectacle of the Total War franchise, but it comes at the cost of being held back for the sake of appealing to casual players. 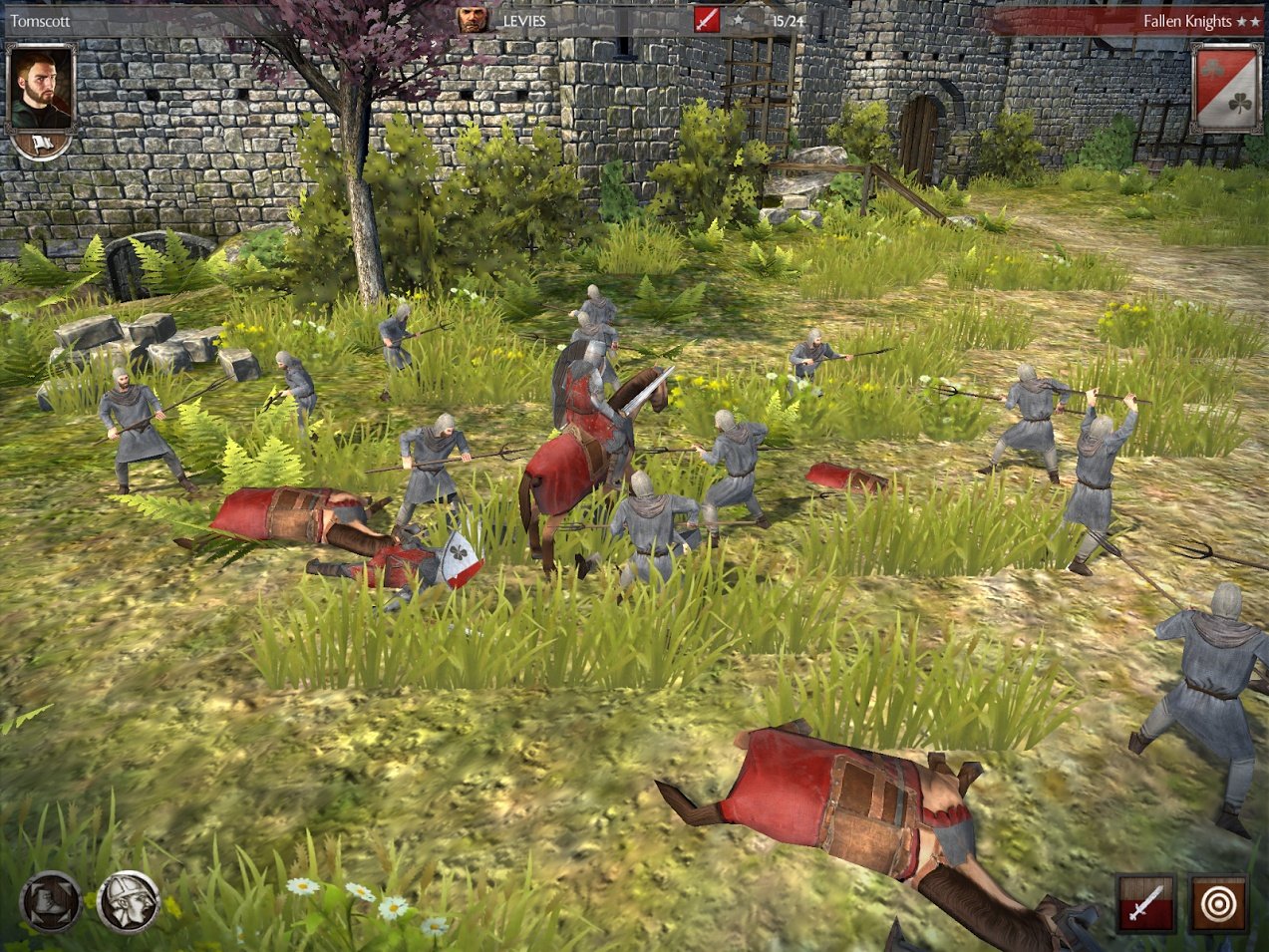 Before getting too doom and gloom about the game, Total War Battles: Kingdom isn’t a lost cause by any stretch, and at its heart is the origins of the Total War franchise, albeit watered down. Players get to control their little kingdom’s production of troops and supplies while forming an army to send into large-scale battles that feature a surprisingly large number of individual soldiers at any given time.

Cracks in the Total War Battles: Kingdom formula begin to show long before the battles begin, though. The franchise has always satisfied the desires of players who enjoy the strategic elements of warfare, as well as players who enjoy the action-packed battles of large armies clashing together. Both of those facets appear in Total War Battles: Kingdom, though they do so halfheartedly.

The strategic maneuvering and supply management aspects have been largely replaced by the same city-building mechanics that players have experienced in countless mobile strategy games before. Players have to pay premium currency to do things like customize your crest (beyond a few dull, free offerings) and maneuvering from region to region is restricted unless players can cough up X-amount of resources or prove themselves in tough battles that take Y-amount of time to raise an army strong enough to win. Players can always pay to accelerate themselves through these portions, but the game otherwise forces players to sap the resources from each region, acre by acre, minute by minute. 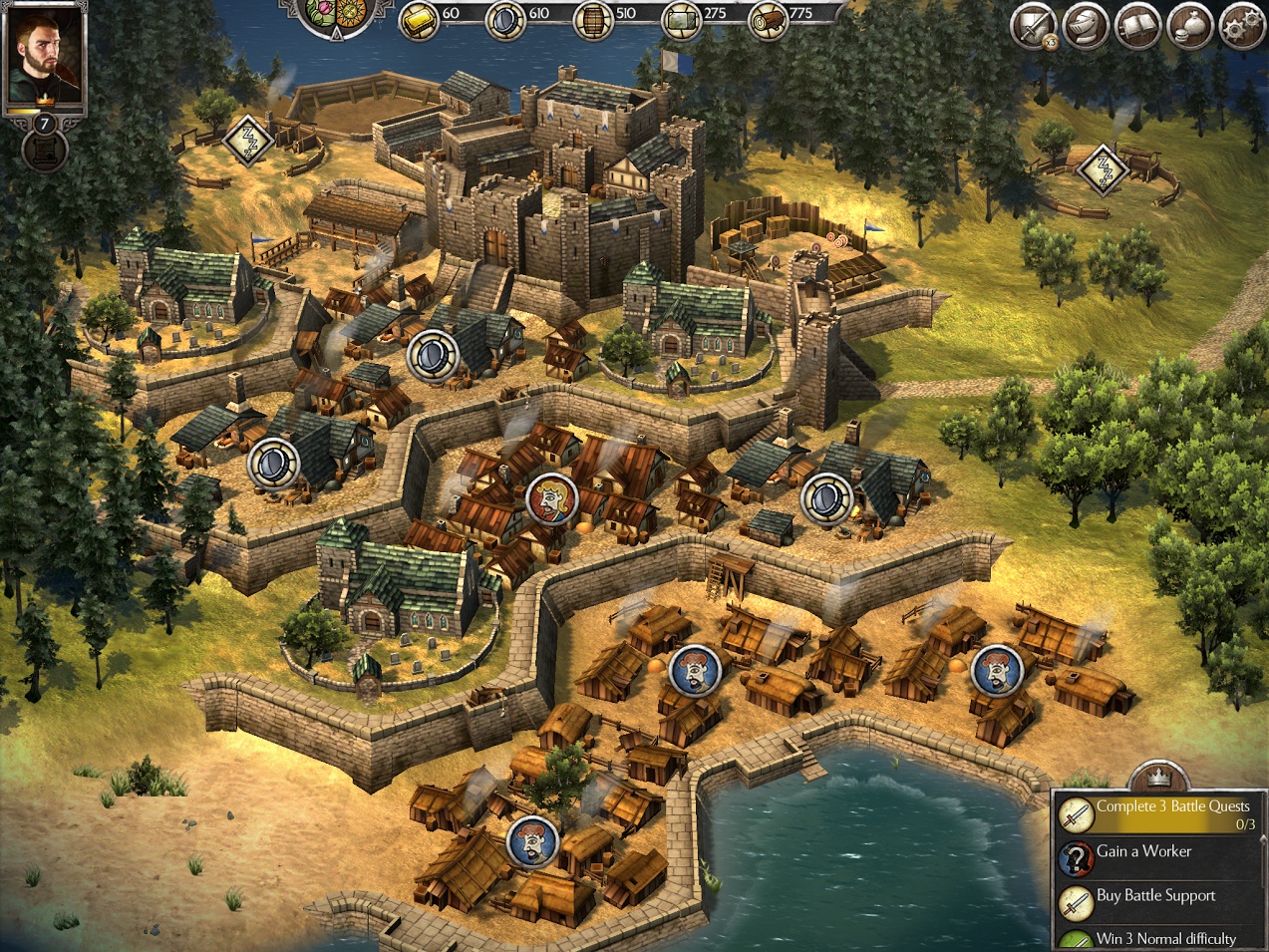 The large-scale battles on the other hand, are where Total War Battles: Kingdom really stands out from most other mobile strategy games. When two armies meet, the game renders out and animates every single unit of both armies. The result is a pretty impressive display of force that I’m not used to seeing in a mobile game. Each soldier is either marching, engaged fighting, or anxiously stamping their feet and shouting waiting to join into the battle.

Players arrange their troops in grid formations relative to their type. Each type of soldier has strengths and weaknesses, and players can manage their current standing army to stand better odds against their opponents, though they won’t know their opponent’s exact troop layout until the battle begins. Even then, there are a few moments at the start where players can call an audible and rearrange their troops in an attempt to take advantage of any exploitable weaknesses in the enemy’s front-line. 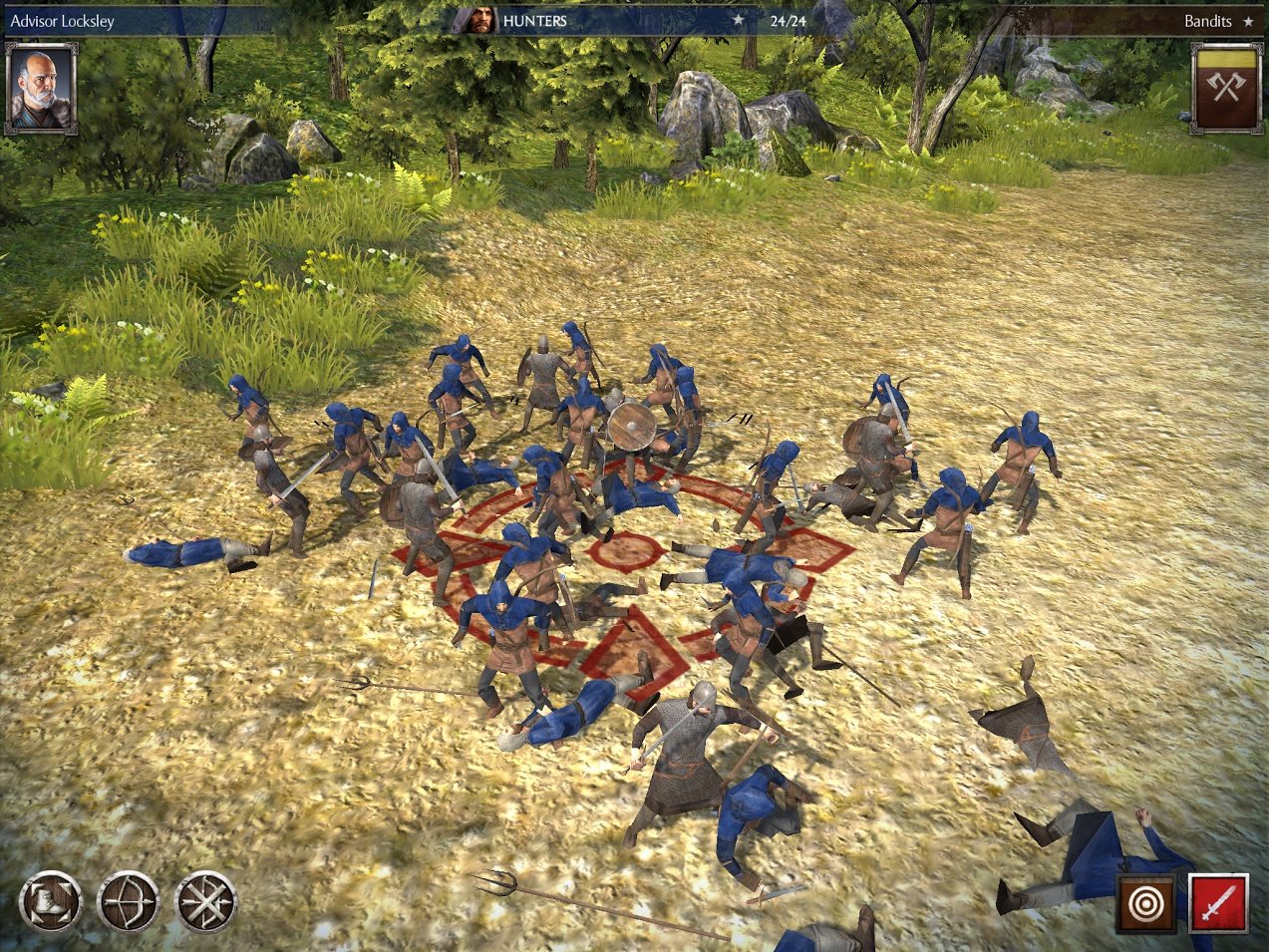 Once the battle begins the two armies march straight at one another. Each grid of friendly units will attack the grid of enemy units in front of them while any ranged units in the rear can pelt the enemy unit of the player’s choice. During combat players can activate any perks that they have unlocked from building up loads of churches (“Super blessed is he who builds a lot of churches” is a direct quote from the Bible, I’m pretty sure) and they also have the option to trigger offensive charges that can give their troops an initial combat boost if timed correctly. Other than that, combat is largely hands-off once the battle gets going.

The first dozen or so battles were fun to behold and partake in, but due to the grid-based combat and the inability to freely move troops around, watching the battles lost its luster soon after. Victory is always satisfying, but a loss doesn’t mean a loss of actual troops. Instead, the troops remain “injured” for X-amount of time, requiring the player the either pay to revitalize the troops or wait out the timer.

On the bright side, your troops remain persistent even through death, so the more you utilize them the more experience points they collect and the more stats (like attack and defense) you can permanently improve.

Total War Kingdoms: Battle is likely to disappoint franchise veterans with its watered-down presentation and battlefield restrictions. Players who typically enjoy casual mobile strategy games are likely to enjoy the game more, as it caters to the familiarity of military city management, and the combat is unique enough to warrant a try.

Beyond the combat though, Total War Battles: Kingdom is a little too familiar for me to give it a hearty recommendation.