Home / Reviews / Total Party Kill Review: Adventure Islands is Back With Yet Another Superb Time Killer

Total Party Kill Review: Adventure Islands is Back With Yet Another Superb Time Killer 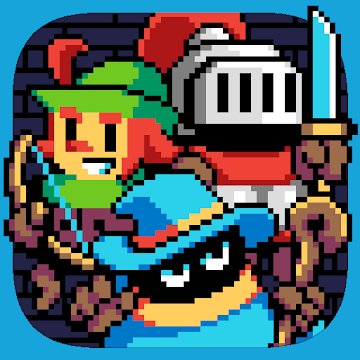 So many ideas out of such simple mechanics

Can we complain about wanting more?

We’ve missed Adventure Islands the past few years. One of the most prolific mobile developers of this decade has been rather quiet since 2015’s Super Dangerous Dungeons, but that wait has finally come to an end thanks to this week’s Total Party Kill.

This awesome new platforming puzzler almost plays like a best of collection of Adventure Island’s hits. The platforming of Tiny Dangerous Dungeons combines with mechanics from both Duke Dashington and Heart Star with a sprinkling of innovation thanks to the team killing mechanic.

At first glance, you might be forgiven for thinking this is just a demastered version of Trine for mobile. That’s until you realise that killing your party members is the primary mechanic here.

Much like Trine, each of the three heroes has its own ability. The wizard can freeze allies into blocks of ice, the knight can slash them with a sword to throw their dead bodies a few metres through the air, and the ranger can pin allies to walls using his arrows.

Using these three mechanics, and your smarts, you’ll solve a wide variety of puzzling levels. While the initial batch are pretty straightfoward – designed as such so that you can get familiar with the mechanics – later levels quickly ramp up the difficulty to signature Adventure Island levels.

You’ll have to use the three simple mechanics in a variety of creative ways. Maybe you’ll slash the ranger with your sword to throw him past a collection of spikes before freezing the dead body with the wizard to turn it into a platform you can jump off to reach the door.

What really surprised of was Total Party Kill’s ability to continue to surprise us long after we thought we’d seen anything. It’s a credit to the sheer creativity on offer here that the game manages to feel as fresh during the first level as it does on the last. You’ll be amazed at the number of different mechanics the developer has squeezed out of such a limited move set.

Overall, we can’t recommend Total Party Kill enough. It’s one of those perfect mobile games that can keep you busy for a few minutes or hours, depending on how much time you have on your hands. You might not be able to make it to the end, but you sure as heck will try.