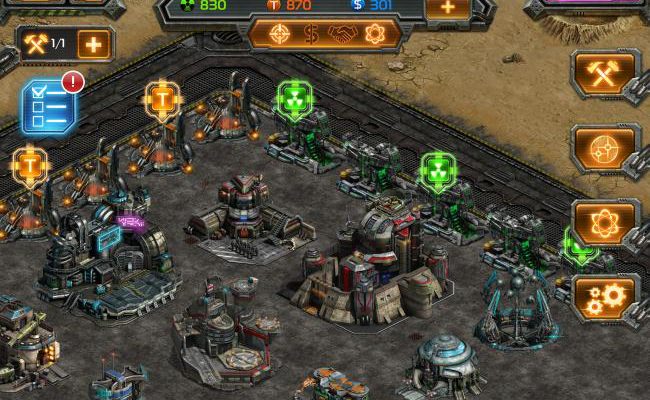 Maybe I’m missing something. When I picked up Total Domination: Reborn, I suppose I was expecting features that warranted such a lofty subhead; features like a host of new units, real-time battles, and other assorted goodies that would distinguish it from its web-based progenitor. No such luck. Instead, what we have here is much the same juggle of city building and battle strategy that’s already attracted thousands of satisfied players, all handsomely repackaged and redesigned for release on mobile devices. All in all, if you’re into social strategy, that’s not necessarily a bad thing.

It certainly looks better. Most of the units don’t look strikingly different from their web-based counterparts, but they’ve been given an artistic update that coats them in an extra layer of cool. The interface is crisper, and thanks to an uncommonly intensive tutorial, fairly easy to navigate. Even the sound enjoys some improvements, particularly in the form of the military narrator who now sounds less like Sgt. Slaughter and more like Buzz Lightyear. (This, I admit, could be a downside for some players.) 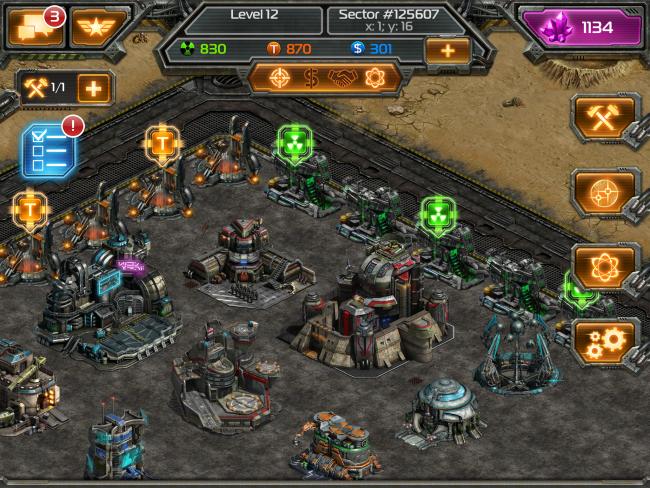 If there’s a problem, it’s that the game lacks a way to zoom in and appreciate your crowded post-apocalyptic base. While that’s not so much of an issue on the iPad, it feels unnecessarily constricting on mobile devices.

But then, Total Domination has always been a game about numbers; all the units you produce and the buildings you construct are all for show. In stark contrast to the recent (and welcome) practice of letting players controls some elements of the actual battles against other players or NPCs in rival strategy aims, Total Domination simply presents you with a status bar that informs you of the outcome of the battle once it’s filled.

As in most games of this type, you fare infinitely better after the safety period if you’re in an Alliance. These offer trade and assistance perks, although you should keep in mind that you can only connect with them by linking your Facebook account. 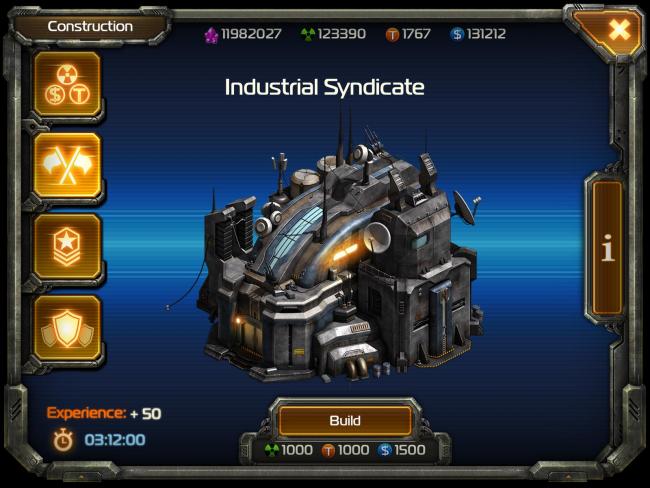 It’s a pity, then, that there doesn’t seem to be a chat function in the release build. And don’t get the impression that the Facebook connection means you can sync Reborn with whatever you’ve done with Total Domination on Facebook–according to developer Plarium, they’re different enough to make any crossovers an impossibility.

Again, though, such differences seem to amount to mere aesthetics. Even Total Domination‘s insistence on leading you through virtually every aspect of gameplay remains, via what seems like an endless succession of missions in the first couple of hours. It thus retains the fairly linear aftertaste of the original. You’re free to break off an do whatever you want at any time, of course, but the objective arrows always hover over the appropriate next step, seemingly chastising you for daring to venture out on your own.

Much like its web-based predecessor, then, Total Domination: Reborn‘s general design is somewhat average fare for the social strategy genre. But much like the original Total Domination, it excels because it handles this template so well. It looks good, it plays well enough, and it provides a ton of units and buildings that all make for a rich strategic experience.

I didn’t have a chance to play with an actual community during my playthrough, but judging from the uncommon loyalty players of the first version exhibit, it’s likely that Reborn will witness the same dedication or greater. Considering how casually most players flit through new social strategy games, that might be enough of a reason alone to stick with Reborn over more innovative titles in the genre.