Torchlight Infinite Review – Look How They Keep Massacring My Boy 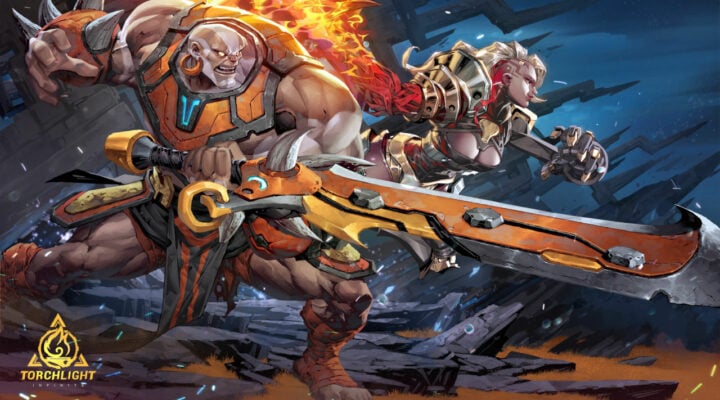 Character building is a mess

No multiplayer at launch

I’m of that certain age group that just missed out on Diablo, and was first introduced to the loot-soaked action RPG genre with the original Torchlight. It launched during that long gap between Diablo 2 and 3, and managed to simultaneously pay homage to the original, while being the perfect antidote to it.

The grimdark fantasy aesthetic was replaced by a wash of colour – and we’re not talking in just visual terms. It also eschewed the oh-so-serious story and dialogue for actual humour. Oh, and we absolutely adored having a little pet follow us around, as well as take our loot back to town to sell while we mashed monsters into showers of candy-coloured blood. It was pure innovation.

If Torchlight was Diablo, then Torchlight 2 was Diablo 2. It has its detractors, but it was certainly bigger, sending you on an adventure across a gorgeous world, rather than mere dungeons beneath the titular town. We also got intriguing new classes, pets, and a nice visual update. In fact, it’s still going strong to this day, thanks to the lack of a decent sequel.

It’s sad that Torchlight 3 didn’t become the Diablo 3 – a deeply successful and long-running reinvention of the franchise. Instead it was just… meh. It felt – and looked – nothing like the two that came before it. Play it as a fan of the series, and you just sort of feel like the developer missed the point. Torchlight was never just a generic Diablo-like action RPG with a dash of colour, but that’s quite possibly the kindest thing you could say about its threequel.

If Torchlight 3 was disappointing, Torchlight Infinite is downright offensive. This latest entry in the series (and we use that phrase as loosely as the game itself does) is free-to-play and fully cross-platform on PC and mobile, but it’s the latter platform that it seems targeted to.

But before we shower Infinite with meteors of criticism, we’ll talk about what it gets right: the visuals. Sure, it’s nothing special, but it remains a nice-looking game – particularly on its home platform. We mostly played via iPad Mini (still the best iOS gaming device – shush), and when I wasn’t so obsessed with how little it was like real Torchlight, I did find it pretty fetching. The character models in particular are gorgeous, and the animations are solid.

But that’s genuinely it for positive criticism, so let’s get back on track. The kindest way I can put this is that Torchlight Infinite is not Torchlight. It feels like a publisher picked up the rights, saw the money that Diablo Immortal was raking in, and got a mobile developer to throw up a game as quickly as possible to get on the bandwagon. In fact, maybe that’s exactly what happened.

There’s a token effort to make it feel like an actual sequel to a long-running and adored series, to be fair. The visuals are reminiscent, for example, and the story (which is absolutely dire) is delivered in some nice cartoon visuals. Where Torchlight 2 had a nice intro that revealed the betrayal of the Alchemist and got you straight into the story, its sequel just feels depressingly nonsensical.

And the gameplay doesn’t make up for it. The fun of an action RPG comes from building a character, and Infinite’s just a hot mess in that regard. New equipment does have a variety of stat boosts that help you fine-tune your play-style, so looting can give you a bit of a rush, but everything else is just a mess. Most skills are shared between characters, for example. That’s nice on paper, but in practice just feels messy, and results in each class just losing a bit of its identity.

Combat lacks any real impact as well, which is mad given how incredible the original felt all those years ago. It doesn’t help that I picked Moto, the Commander, as my first character, who basically just repetitively summons heroes and can’t actually attack. It’s like the Engineer from Torchlight 2 but shit. And then there are the talents, traits, and pacts that just feel like pointless time-wasting faff masquerading as depth. Adding a tiny little stat boost to your minion damage or whatnot is just not exciting game design.

I went into Torchlight Infinite hoping that it would prove a decent replacement for Diablo Immortal – a game I’ve had a complicated relationship with since launch. But sadly, the pay-to-win rubbish is present here in the form of pacts – pets that you can unlock gacha-style. I pray for the day that gacha is just made illegal in games so they can be games again, rather than elaborate gambling schemes.

Suffice to say though, I’m sticking with Diablo Immortal. For all that game’s faults, it still offers fun with friends, decent loot and character building mechanics, and a single player campaign that feels like the real thing. Torchlight Infinite does none of those things right, and we can’t recommend it at all.