Home / Reviews / Topsoil Review: It Grows on You 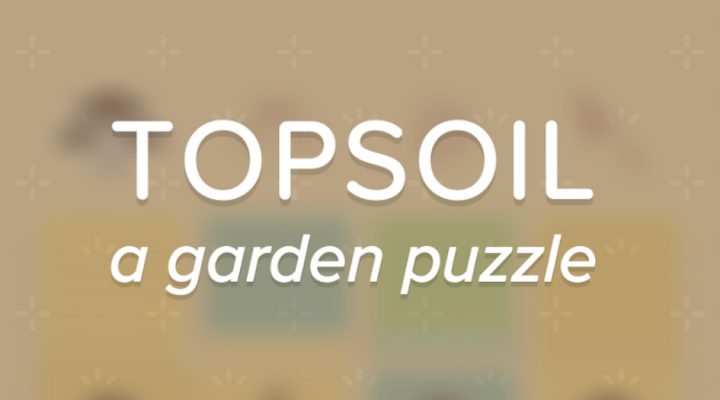 A simple and interesting premise

Super easy to get caught up in repeated attempts

About all I knew going into Topsoil was that it was some sort of tile-based puzzle game involving plants. I mean, it is, but the intricacies of the actual puzzling help flesh things out (metaphorically speaking) quite a bit. Despite the simple elevator pitch, it’s actually quite the enjoyable game.

There are two different layers of puzzle stuff you have to consider when playing Topsoil. Huh, reading that sentence back to myself almost makes it seem like a pun. Anyway, the first layer involves the different plants. Every “turn” you’re given three things that need planting, followed by a shovel. You have to place each item (seeds, mushrooms, and other specific plants) in order by tapping the screen, then tap the screen to use the shovel and clear out groups of matching flora. Bigger groups yield more points, naturally. 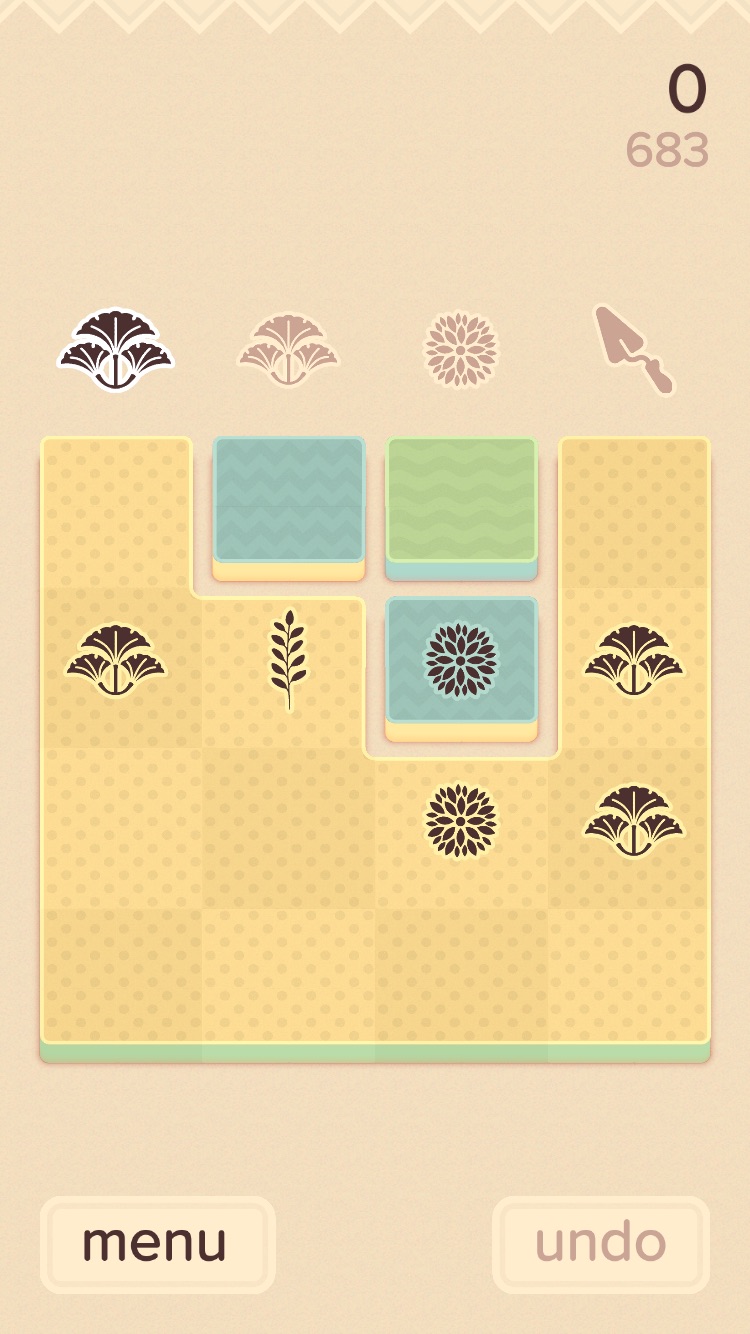 I also appreciate some of the trickier plants, such as seeds that take several turns to grow or how mushrooms will actually disappear on their own if they aren’t harvested within a few turns. These are all fairly small tweaks in the grand scheme of things, but they can have a serious impact on your plans. I kind of love that.

The second layer is the virtual soil itself, which cycles between three different colors (yellow, green, blue) whenever the shovel is used on it. And of course only matched plants that are on the same color of ground will work – no matching a bush on green and a bush on yellow. This means that you really have to think ahead as you place things, trying to suss out where you might be able to leave a tree for later or clear a spot in order to connect two previously separate masses of blue land. Knowing what changes to what is also really intuitive: the bottom edge of the ground tiles will show the color of whatever color it’s going to switch to. 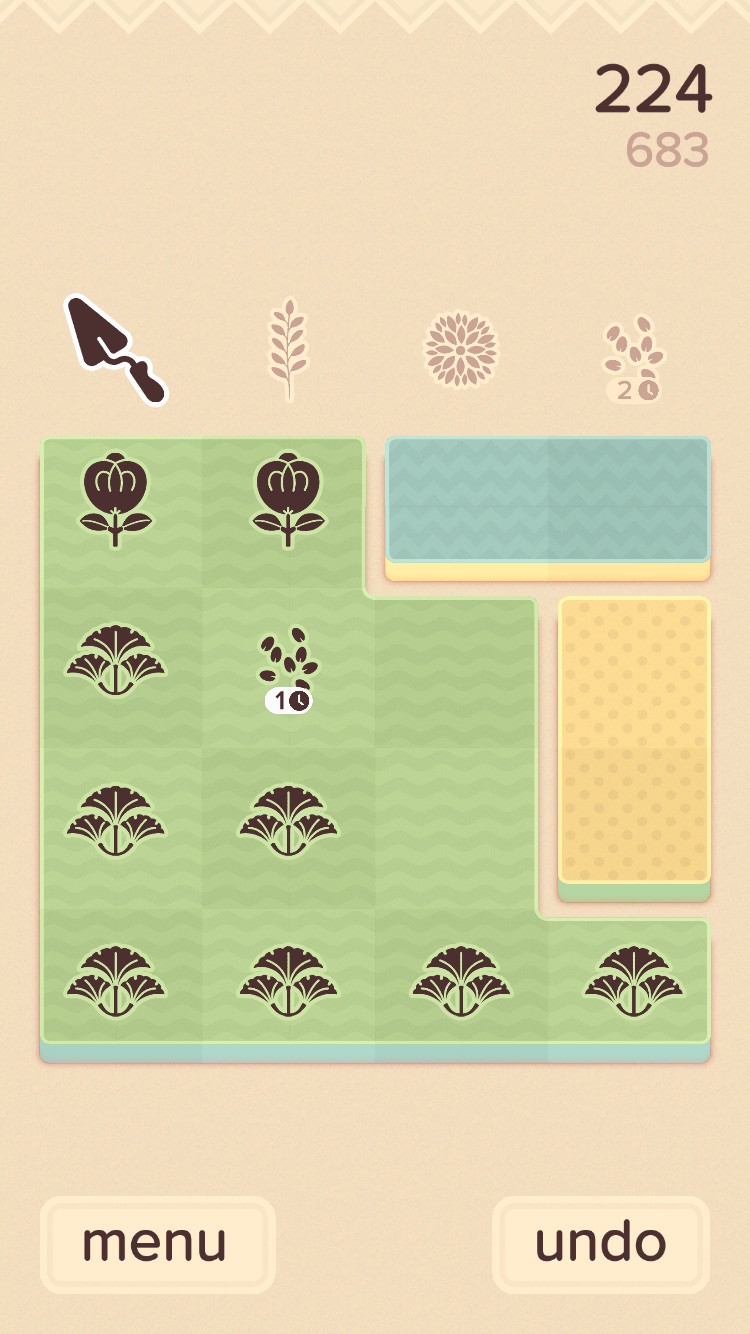 It’s a very simple game to come to grips with, but the overlapping ideas keep it interesting. I’m talking Triple Town levels of agonizing over each turn. I really, really like that sort of challenge that Topsoil provides. So much so that it was kind of difficult to stop trying to beat my high score and actually write this review. I couldn’t help it; once I figured out strategies like planning ahead for ground color changes or leaving spaces open for upcoming plants, I was hooked.

There’s one downside to all of this, which is a fairly common issue with most puzzle games: randomness. It’s nowhere near as problematic as it is with games like Puzzle Quest (I will never stop being mad about that game), but it can get irritating at times to see a good setup ruined by the sudden inclusion of a new plant type or getting two of a plant you absolutely do not need at that moment. It’s nothing that completely ruins the fun, though. 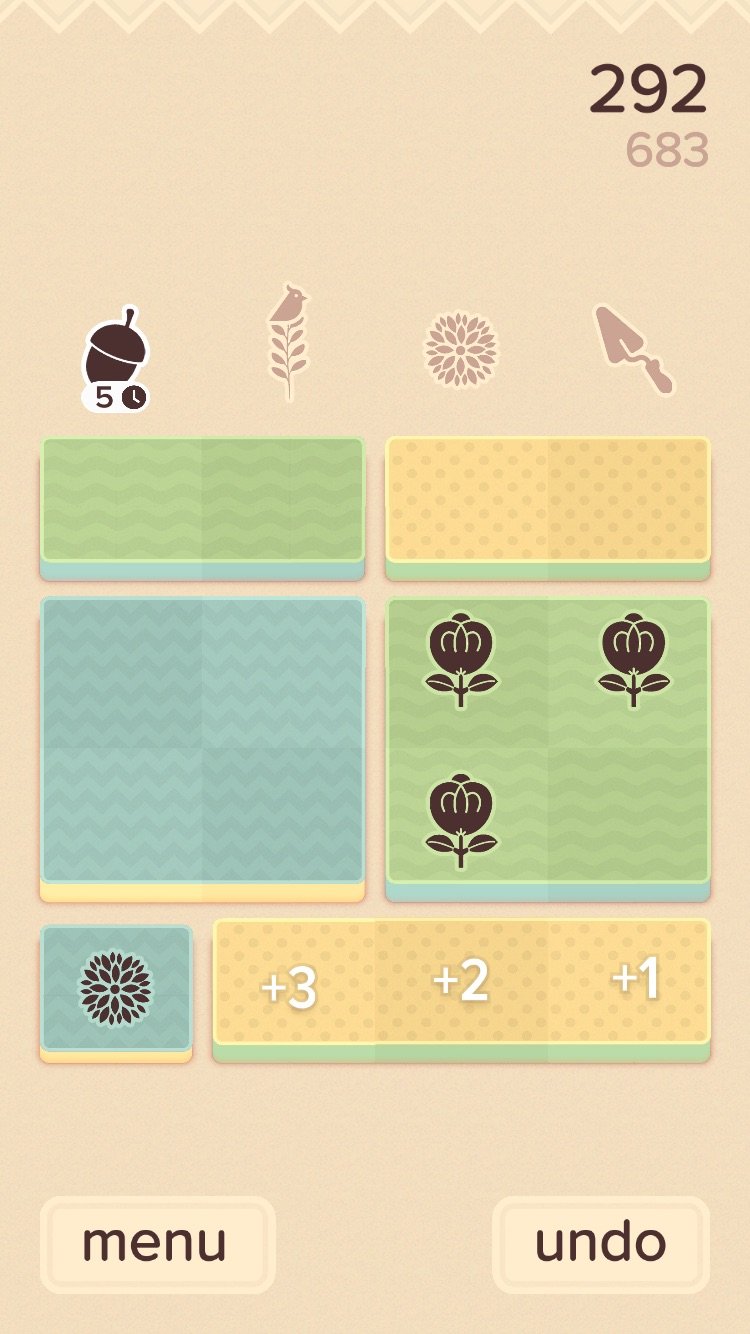 Really, I can’t help but recommend Topsoil to anyone who enjoys a good puzzle game. It’s really easy to get into, but it also gets super tough the longer you last. From the layered puzzle complexities to the tricky rule-bending plants, it makes for a solid and enjoyable challenge.