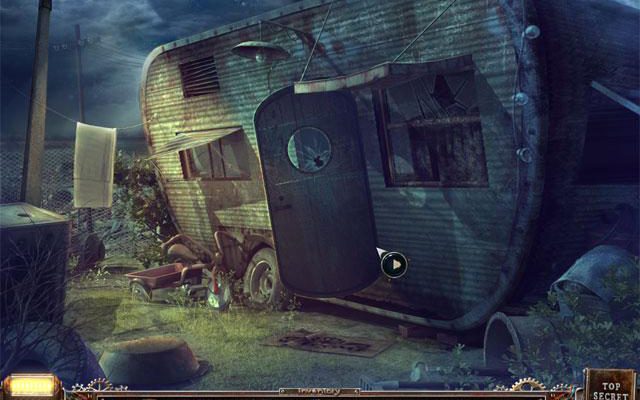 Top Secret Finders has its flaws, but manages to entertain regardless

In a virtual version of 2011, the US government opened a secret division of paranormal or otherwise unusual investigations called the Top Secret Finders. As a member of this elite group of agents, you’ll investigate an abandoned town, lost via mysterious circumstances back in the 1970’s. As you investigate murders and kidnappings, you’ll uncover a conspiracy surrounding mind control, time travel, a scorned lover, mad scientist, world domination and so much more. 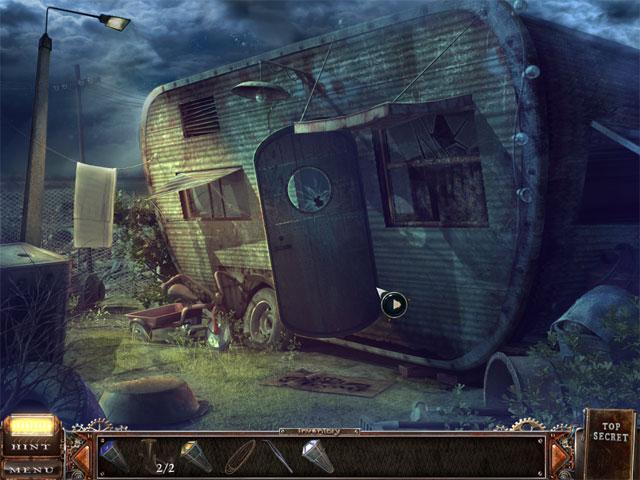 The story of Top Secret Finders is over the top and the farthest thing from realistic, but is kept in check through frequent visions and flashbacks presented via real world actors in cutscenes. These cutscenes have been dubbed over with English audio after the fact, making the actors’ movements out of sync with the dialog, and the cutscenes themselves are often cheesy at best. Still, the story you’re investigating is an interesting one, so it would have been better presented through completely animated cutscenes, rather than these.

As you investigate this ghost town’s many environments (abandoned houses and shops, the police station, jail, sewers and more), you’ll spread your time fairly evenly between hidden object scenes and a variety of puzzles, with both being fairly easy to complete. The game’s bland, dark graphics can make some hidden objects hard to spot, but the hint recharge meter refills quickly on the game’s casual difficulty setting, eliminating any major frustration therein. As for the puzzles, you’ll run into the standard tile-sliding and swapping puzzles, along with a few jigsaws and the like, but regardless of the type, the puzzles tend to be more time consuming than actually difficult. 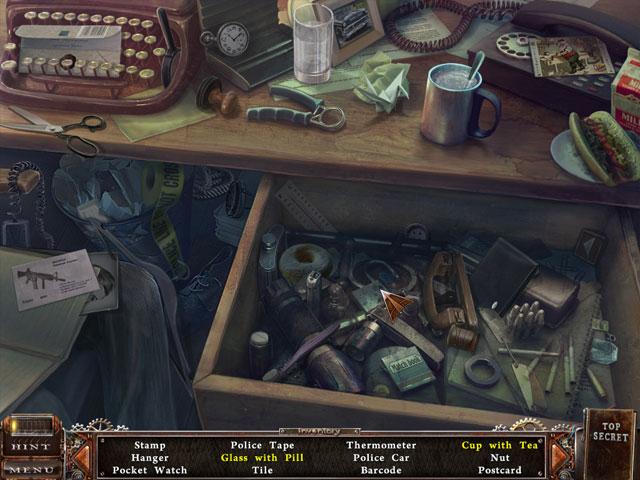 You’ll spend lots of time backtracking through the game’s environments, collecting a single item from a hotspot or hidden object scene and then using it elsewhere in a linear fashion. It can be a tedious process, returning to locations that you’ve long since passed, but luckily, the game’s hint system serves as a seemingly inadvertent fast-travel mechanic. For example, you may know that this combination you just found needs to be used back at the police station, and you can click on the hint button to see a visual representation of the police station and a quick “Go” button that will transport you there without wasting time navigating there yourself. What’s more, the hint meter doesn’t empty when you use this “trick,” so you’re free to fast-travel all over the game’s many locations without the unnecessary backtracking.

Even with the game’s graphical issues and the sometimes laughable cutscenes, there’s a real flow that can be found as you work to reverse the time travel / mind control device’s grip on the town. This is one of those cases where the easy difficulty doesn’t really hurt the experience, as the fast pace of progression allows you to get to the next stage of the story that much easier (and with a story this outlandish, who wouldn’t want to see what happens next?). The gameplay in Top Secret Finders isn’t difficult or even original, but it works the way it was designed and is simply entertaining to experience. Sometimes, that’s all that really matters.