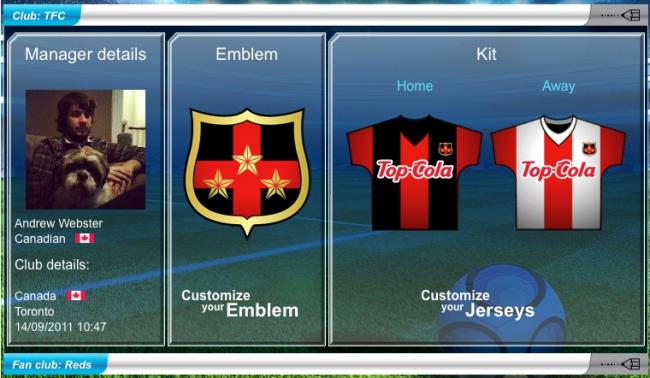 It may not have any official licenses, but Top Eleven is as deep as sports management games come

Even by sports management game standards Top Eleven is a slow burn. You can’t jump right into the action and start winning games. You can’t just go out and buy the best player you can find. Instead, you’ll have to adhere to a real-world schedule and carefully manage your finances. It may not sound like a lot of fun, but if you’re interested in the nitty gritty of running a soccer club, there are few better choices than Top Eleven.

One thing you won’t find in the game though, unlike in FIFA Superstars, is real-world teams. Without any official licenses Top Eleven doesn’t let you take the reigns of the Manchester United’s or Real Madrid’s of the world. Instead you make your own club. You can choose your own name, colors, and uniforms. And while the lack of any official teams or leagues may be disappointing, there’s something to be said for starting up a club of your own and working your way to the top.

And you’ll get to manage virtually every aspect of it, both on and off the pitch. You can tweak your formation and tactics, bring in new players and renew the contracts of others, and even manage training sessions. Players will get hurt and suspended and you’ll need to react accordingly. You’ll compete in a league against other real players and matches happen in real time; meaning that games are scheduled for specific dates and times. Since you don’t actually control the team as they play a game it’s not a big deal if you miss a match, but it does mean that progressing through a season takes quite a while.

Thankfully there’s a lot more to do while sitting at your manager’s desk. Finance is an important part of professional sports, and Top Eleven is no exception. In addition to negotiating contracts and transfer fees, you’ll also deal with signing sponsorship deals and TV contracts. And these are important, as more money gives you a better chance to further improve your team. But again, some aspects can be agonizingly slow. Renovating your stadium, for example, can take weeks of real world time. 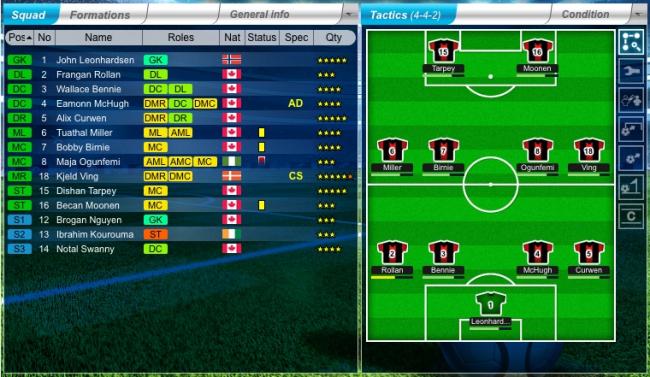 Top Eleven is largely a game of text and menus, but even still it’s a relatively attractive experience. The menus are sleek and intuitive, and you’ll see icons magnify as you hover your mouse over them. It would be nice if you had a bit more control over your team’s logo and uniforms — the customization options are pretty limited — but there are also some neat touches, like when your jersey changes to reflect that new sponsorship deal you just signed.

Much like actual soccer, Top Eleven requires patience. The process of taking your team from the bottom of the league to winning prestigious cups isn’t something that happens over night. Instead, it’s the result of a number of smart decisions made over the course of weeks, maybe even longer. And that’s what makes it so great. The sheer depth is pretty incredible, making Top Eleven possibly the next best thing to getting your own office at Old Trafford.