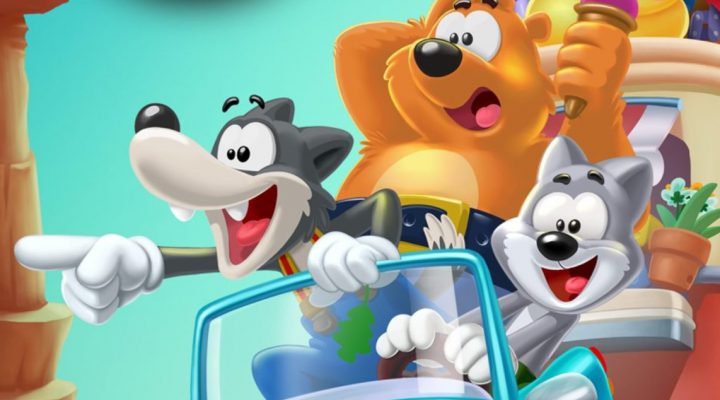 The soundtrack is nostalgic without alienating young players.

It's an in-app purchase heavy game which doesn't jive well with its audience.

Likely too easy, particularly in the crucial early levels to hook too many adults.

Are you a parent with a road trip planned for this long weekend? Meet your new babysitter, best friend and the key to your sanity. It’s called Toon Blast and it’s out now for both Android and iOS. 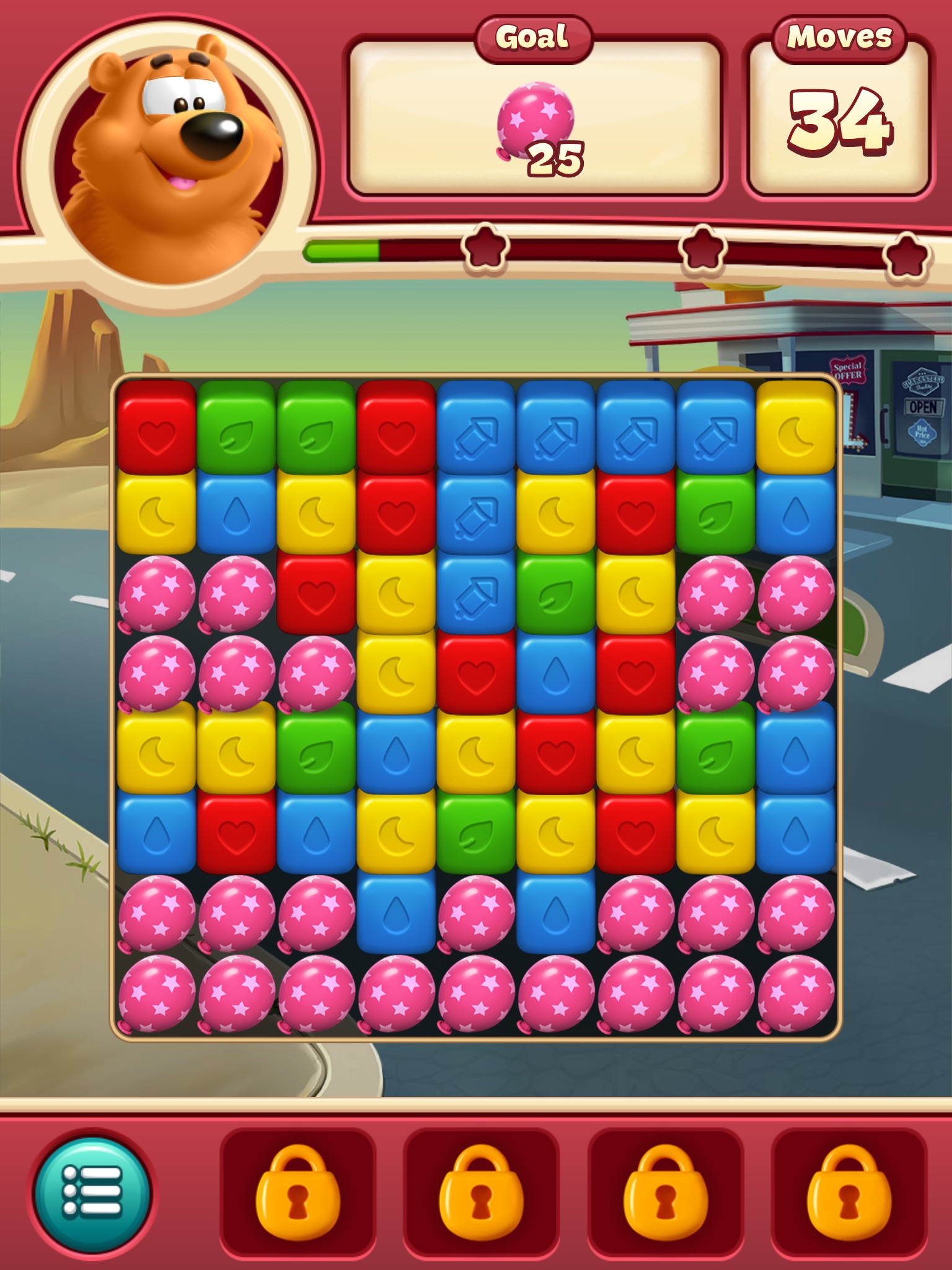 Toon Blast, by Peak Games, is not a particularly remarkable game — and that’s exactly what makes it special. It’s a match-two puzzle game (cranking the difficulty level down a notch from the traditional match-three) set in an exuberant cartoon world. This world is peppered with a friendly bear, rubber ducks fashioned to look as cool as cucumbers and a wolf that looks more like a cuddly toy brought to life than any sort of threat.

Take the combination of a wildly popular and easy to pick up gameplay format and wrap it with the cutest, cuddliest visuals possible and what do you get? The ultimate kids game. Toon Blast will keep your five year-old occupied between as you make the trip from Seattle to Spokane for that wedding you never wanted to go to just as easily as it’ll make your ten year-old forget you still haven’t given them an answer as to whether you in fact got everyone lost with your special shortcut. 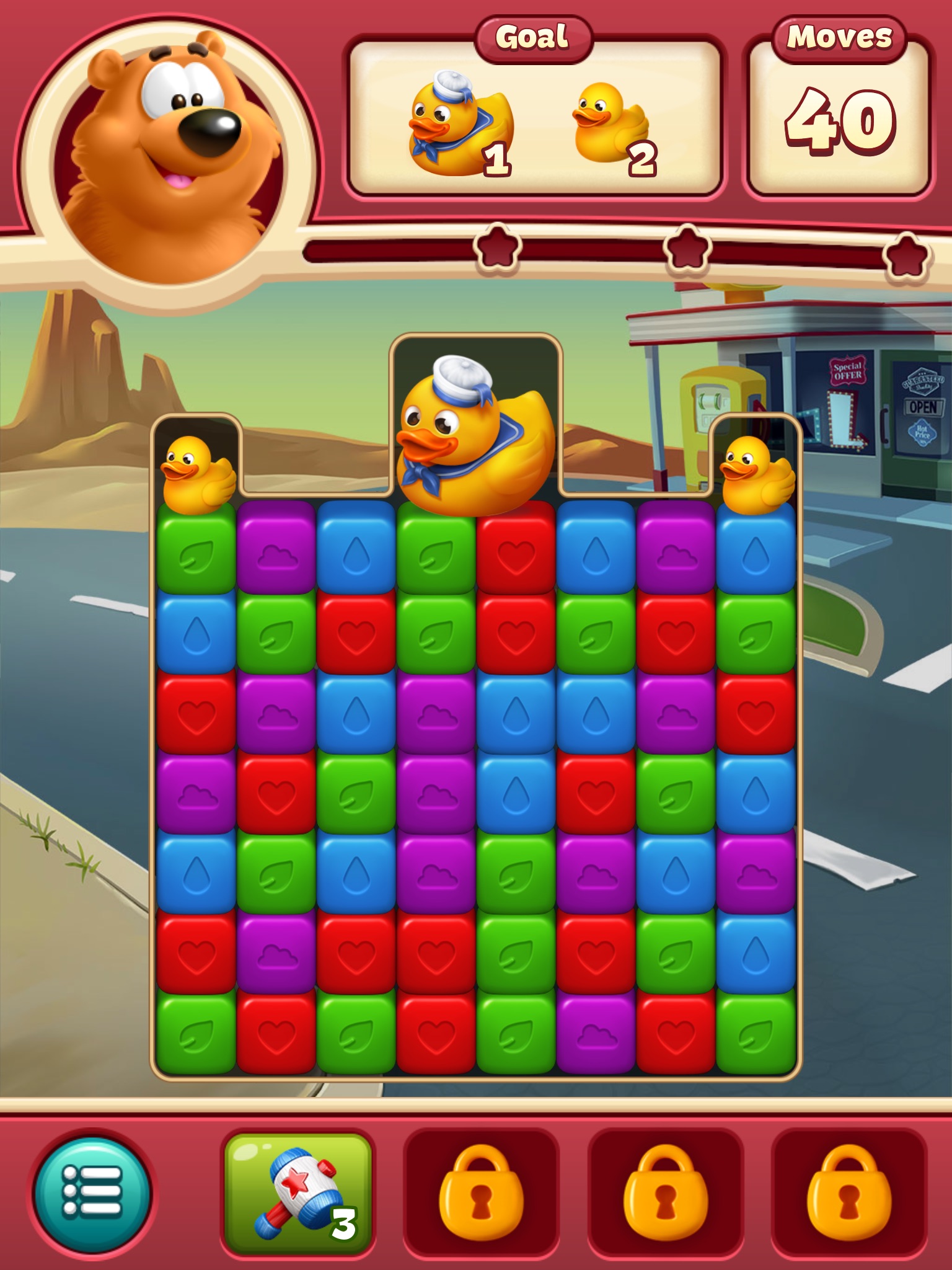 Even if you’re a parent generally against unchecked screen time, you’ll be able to appreciate the usefulness of this game when trapped with your favourite permanently-sticky human beings in a confined space for any length of time.

Within an already pretty great package, the best part of all is perhaps the in-game music. In an ideal world every child would happily wear their headphones when playing a mobile game and keep the sound to an appropriate level that you’re still able to get their attention. Few of us live in an ideal world. Toon Blast’s soundtrack channels the background music of old-school cartoons, engaging young players without enraging the person in the driver’s seat who will likely be able to appreciate the nostalgia. 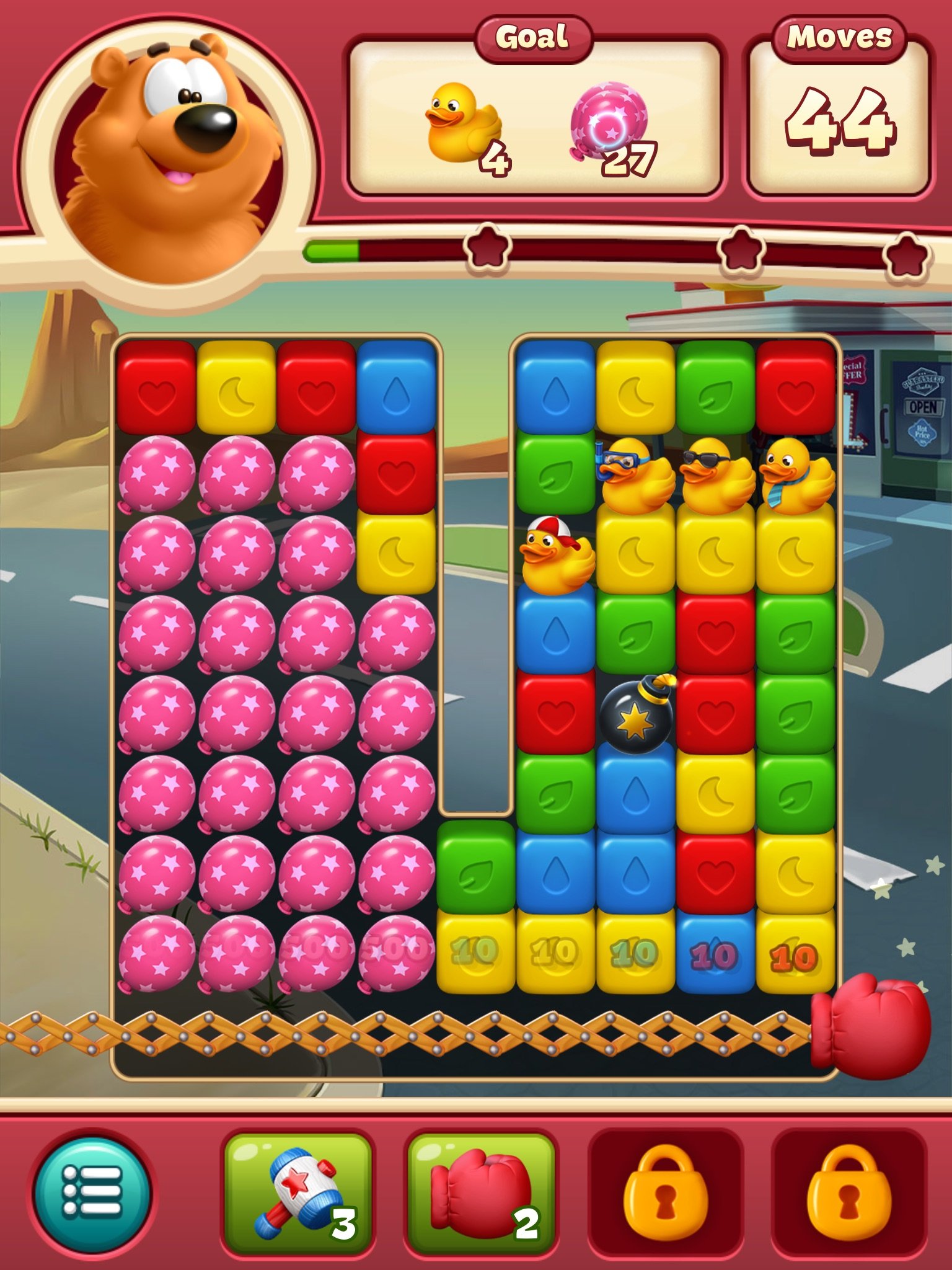 Another noteworthy aspect of the game is that it plays well across a range of devices. From iPad minis to Android tablets and even the 5th generation iPod touch, so long as the device is able to run the game you’re not looking at any performance issues. This is great news in particular if they young people in your life can be described as ‘throwers’.

There is only one barrier that stands in the way from this game achieving kid game perfection. This free-to-play game with a limited energy, in-app purchases and a strong incentive to link the game with your Facebook account doesn’t sit quite well with its clear targeting of children. For your favorite games to exist on any level it needs to be able to generate revenue, but some parents might rethink letting their kids play if they’re going to have to field a request for a $0.99 purchase every five minutes. 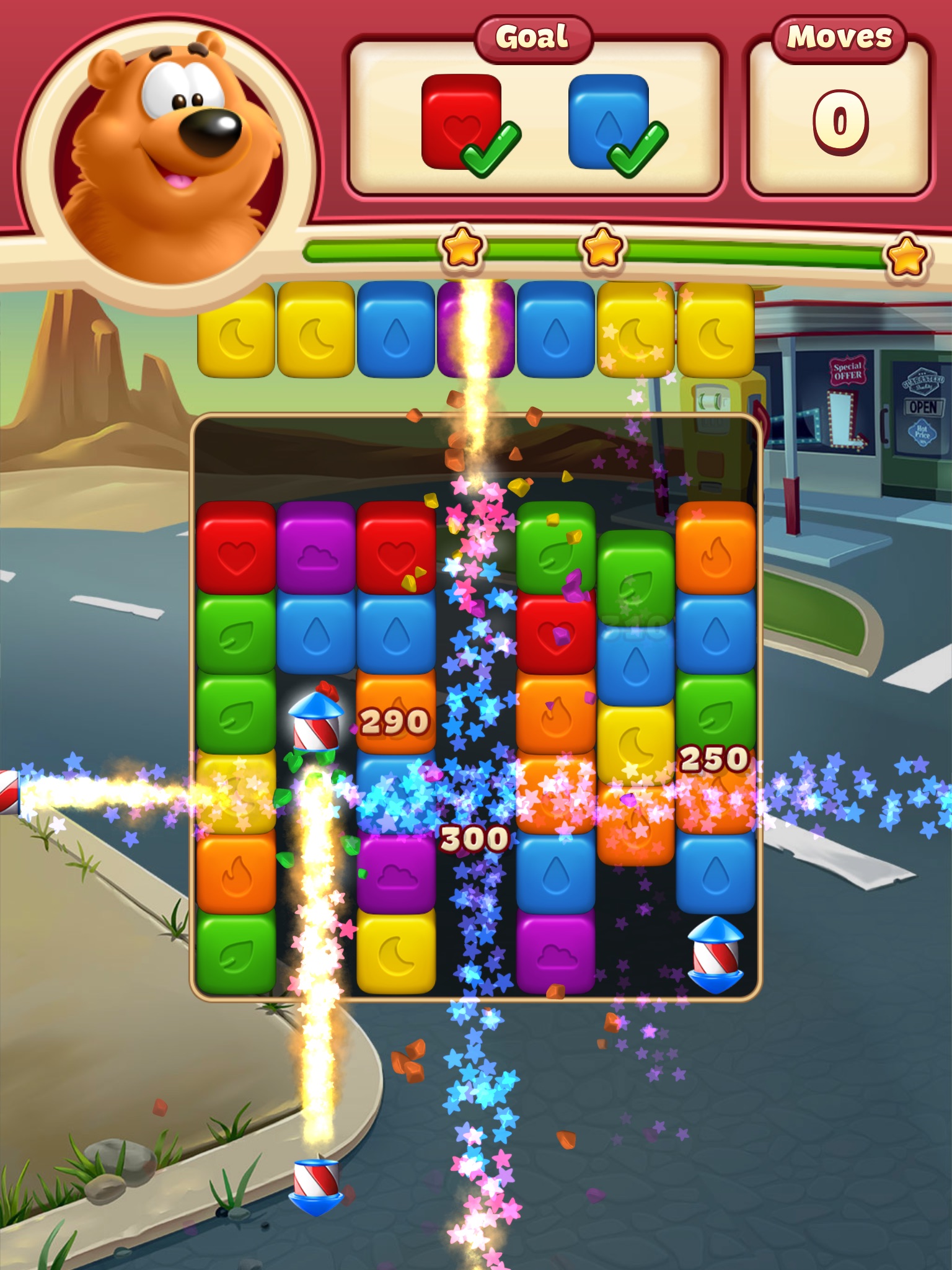 Children are, arguably, even more literate in the world of mobile games and in-app purchases than adults in 2017, and most play responsibly. However if there were an option to upgrade the game to a ‘kid mode’ without in-app purchases for $5 or $10 dollars there would almost certainly be legions of parents keen to make this worthwhile investment.

Overall, Toon Blast is a great game, particularly for young players. The only thing holding it back? A revenue generation model that isn’t quite compatible with its core audience. It’s possible that the developers didn’t foresee that Toon Blast would be presented as a ‘kids game’, but positioned alongside the likes of Toy Blast, it’s hard to imagine that this isn’t their main demographic.