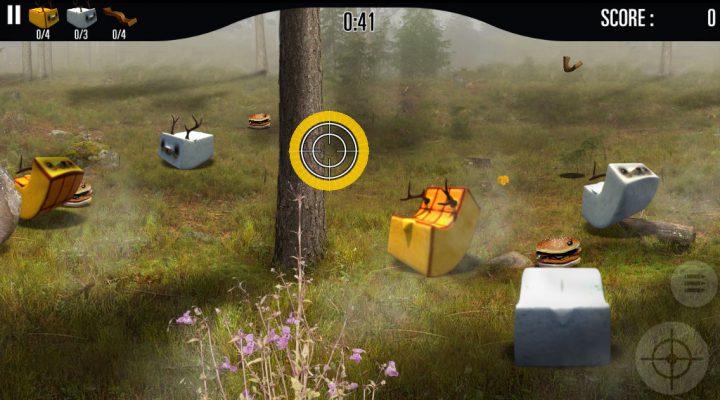 Other than the joke theme, it's a standard hunting game.

A lot of waiting around for upgrades.

Food is a complicated topic. Seems whenever we talk about the things we stuff in our mouths, the atmosphere becomes heavy with controversy. The sins of the meat industry have been well-publicized, but going vegan isn’t without its troubling questions, either. Does a vegan lifestyle exploit vulnerable migrant workers? Is soy actually healthy? And if plants supposedly don’t feel pain, why do they adapt in which radical ways to ward off predators?

But no matter what we eat, the fact remains that we have to eat. This isn’t negotiable. Try getting by without eating any living thing. Book your hospital bed and IV feed in advance. 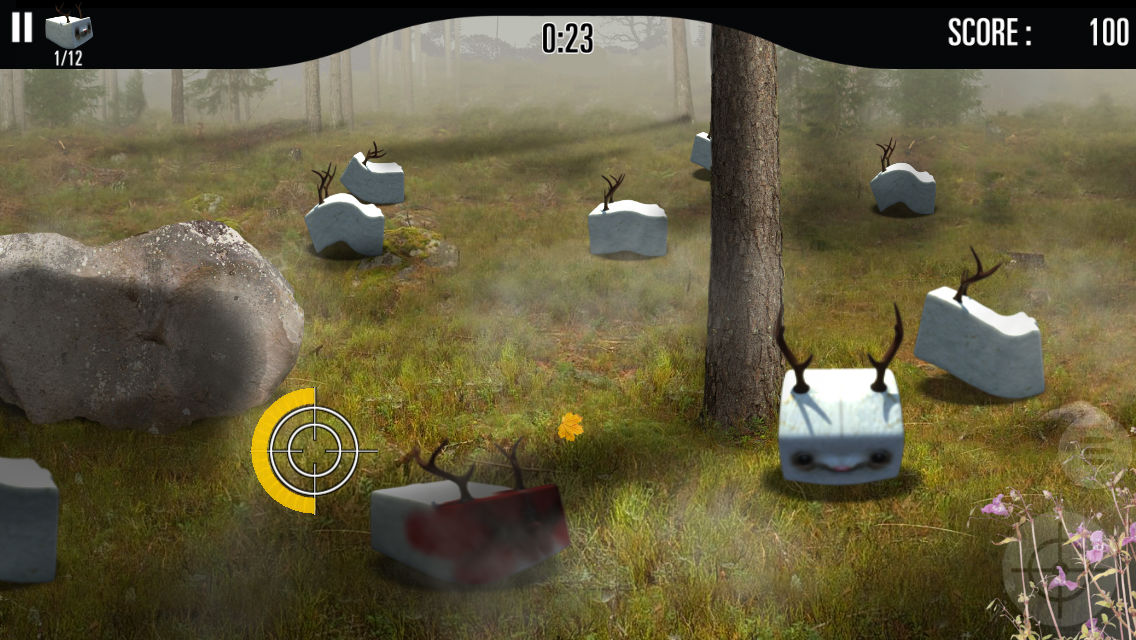 Of course, Tofu Hunter delivers its “message ” with its tongue planted so firmly in-cheek, the organ practically rips through layers of muscle and tissue.  It’s a pretty standard hunting / shooting game, but instead of tracking down the usual bucks, does, and bears, you’re up against creeping blocks of tofu with antlers fixed on their heads. You’re also instructed to mow down vegan hot dogs, soy burgers, and cartons of soy milk.

Everything you kill earns you some cash — and a sarcastic remark from the game. That block of tofu you just pumped full of lead had a family, you know. That’s OK. Just go ahead and pop a bead in its mate and its babies. That way they won’t be lonesome orphans. There is equilibrium in Nature. Sometimes it just needs a helping hand.

Tofu Hunter’s sarcastic remarks and waddling vegan animals are its strongest selling points, and to be fair, they’re a sufficient reason to pick up this free-to-play shooter. Getting a soy hotdog in your sights, pulling the trigger, and hearing its surprised “Arf!” as it passes onto soy doggie heaven is pretty hilarious.

Strangely enough, Tofu Hunter also offers the sense of satisfaction you might get from a good “kill” in a regular hunting game. The human killer instinct is ever-present, and it’s good to know it can be squelched with activities that don’t harm real animals (or real tubs of processed tofu product).

But Tofu Hunter’s similarity to traditional hunting games is also a weak point. If you’ve played any hunting game on mobile, you already know what to expect out of Tofu Hunter. Same challenges (rocks, trees), same penalties (don’t shoot those tofu does), same weapons (guns, guns, guns – not even a spatula or a sushi chef’s knife!). If you don’t care for shooting games at all, Tofu Hunter’s jokes won’t carry you very far. 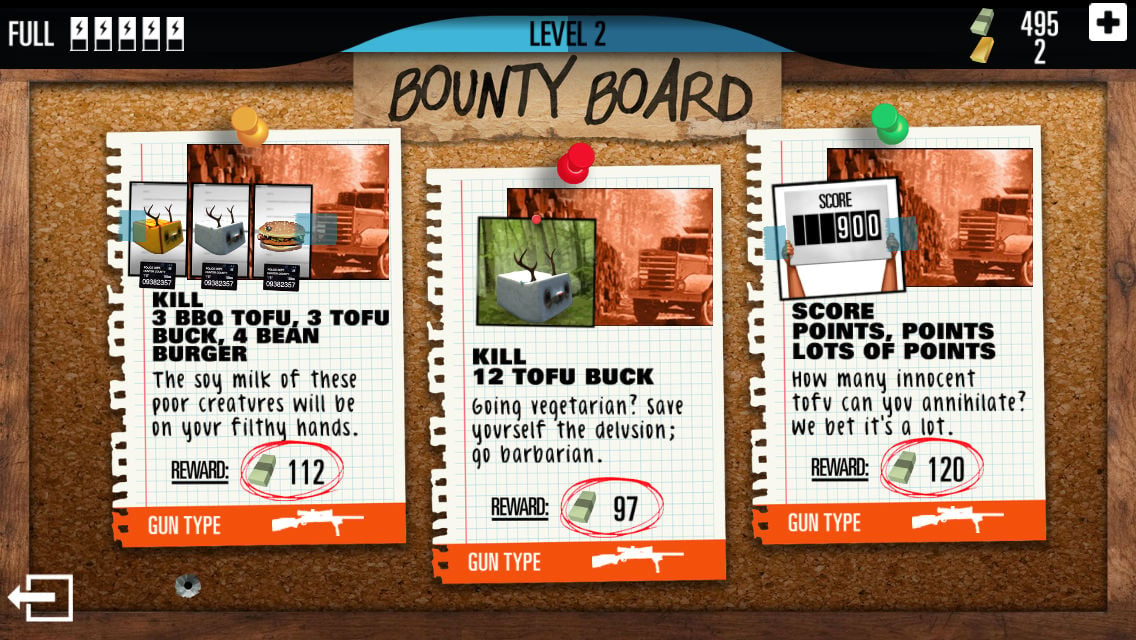 There are also free-to-play trappings to deal with, including ads, an energy system, and long waits for expensive upgrades. Though there’s a silver lining for those of you that don’t want to part with your dough: you can circumvent some of these by voluntarily watching ads.

Tofu Hunter tells a single joke, but it’s a pretty good one. If you’re already a fan of shooting / hunting games, there’s enough here to compel you to look down a scope and into the heart of a fourteen-point tofu buck. You monster.