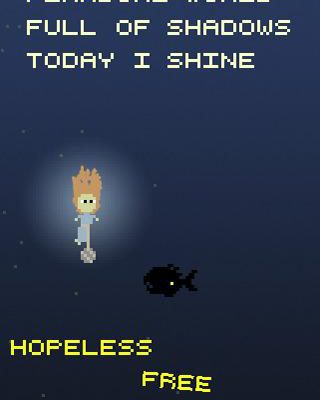 Today I Die Again manages to do in a few minutes what many games fail to do in several hours: make you feel something.

Words are powerful things. But in video games, we often ignore them. We skim over dialog and skip past cut-scenes and quickly make our way through menus. Today I Die Again doesn’t let you do this. The gaming equivalent of a poem, Today I Die Again is focused on words, and only a few at that, to make a surreal and moving experience. It might not have the same lasting appeal as the more popular games in the App Store, but it’s an experience you won’t soon forget.

You won’t get any introduction to the game. Instead, you’ll be greeted with a screen that features a floating girl, a few solitary words, and the phrase “Hopeless world, full of shadows, today I die.” You’ll have to manipulate the world, and to do that you’ll need to manipulate the poem. Dragging and replacing words in the poem will transport you to different places and give you different abilities. Since none of this is actually told to you, the game encourages experimentation. You’ll have to try different combinations of words and along the way words will disappear only to be replaced by new ones. 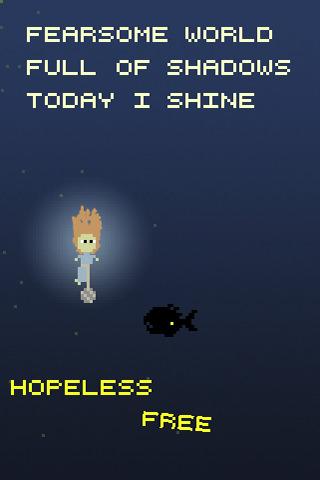 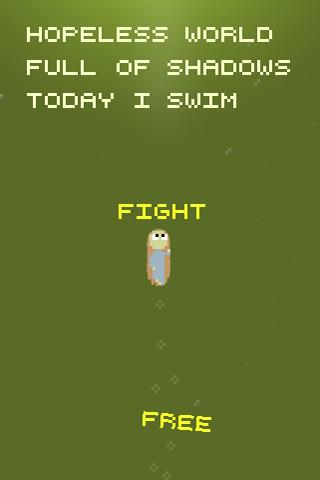 In addition to moving words around, you can also move the floating girl. Sometimes you’ll have to avoid dark creatures and other times you’ll need to fight them. And just like with the poem, the game never tells you what actions you need to take. But since they’re so limited, it’s generally not all that hard to figure out. You will need to experiment, though. If you find yourself unable to move ahead, just try changing the words around and chances are you’ll figure out what to do. The whole experience only lasts a few minutes.

Part of what makes Today I Die Again such a powerful game is how it looks and sounds. The visuals may be simple but that doesn’t mean they aren’t incredibly expressive. The dramatic shifts in backgrounds completely changes the tone of the game, and the brilliant use of color will make you feel relaxed, panicked, and happy all within the space of a few moments. Further increasing the dramatic tone is the soundtrack, which, with only a handful of songs, manages to pull at your heart strings before making your heart jump up into your throat.

Today I Die Again isn’t for everyone. Even calling it a game might be a bit of a stretch. So if you go into this game expecting nothing more than a fun time waster, you’ll be sorely disappointing. But this is still a game that’s worth your time. With a few songs, some artfully placed pixels, and a handful of stirring words, Today I Die Again manages to do in a few minutes what many games fail to do in several hours: make you feel something.