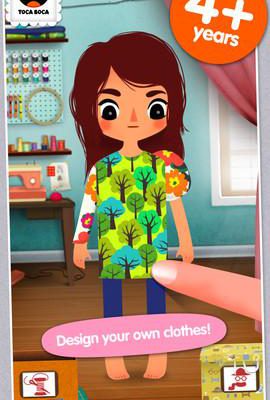 Tailored for kids and teens alike

Only a month after their previous delight for kids, Toca Band, hit the App Store, the wonderment machine that is developer Toca Boca has roared into action once again and delivered us a new window into their imaginations with Toca Tailor.
Toca Tailor‘s charms are hidden beneath a slightly more layered and nuanced interface than most of its predecessors, although it’s still easy to use. You first select a model from a choice of boy, girl or, in a delightfully random twist, an anthropomorphic sloth or lynx. They appear dressed in top and trousers with hems that can be raised and lowered by dragging, and you can add accessories from a wide selection. On another screen you can customize the clothes by choosing and rotating colour and pattern swatches which the app automatically cuts and fits to the garments. Finished? Then take a photo of your creation and save it to browse later or send to friends.
Apps like this thrive on variety to ensure a constant supply of grist to the endlessly creative mill that is the imagination of a child, and Toca Tailor obliges. There’s a wide selection of accessories to add from hats to shoes and everything in between, including fake moustaches and 17th century starched collars. A selection of colours and patterns are provided and you can also add details such as buttons, zippers, patches, sparkles and other paraphernalia to the clothes as you tailor them. But it’s not quite enough: the variety runs dry within a few plays. However, the game provides a clever solution. 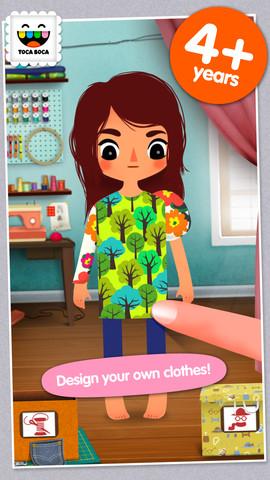 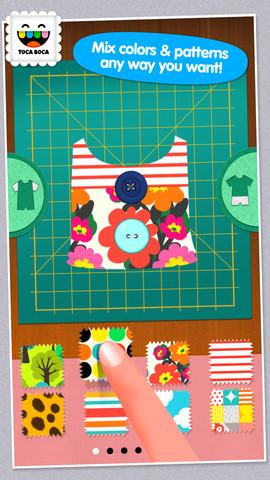 In a neat touch, you can add to the default selection of swatches by using photos and pictures stored on your iDevice. If you have a camera, your child therefore has access to an unlimited amount of variation to use in their designs. Not even the sky is the limit, since you can photograph it and stitch it into a pair of trousers. So if you’re playing on an iPhone, the Toca Tailor world is sweet and wonderful.
You might feel differently as the owner of a full-sized iPad, however, as not all models have cameras. For those that do, are you happy to allow your butter-fingered, inexperienced kids free access to a bulky and very expensive device, ill-sized for little fingers, to take their own photos? Most will at least pause before answering that question, I suspect. And yes, you can take the pictures for them, or upload photos from your PC onto the device, but immediacy and involvement are such an integral part of a child’s creativity that this is a poor substitute at best.
Whatever platform you’re playing on, Toca Tailor is delivered with Toca Boca’s usual charm and panache. The dress-up avatars are wide-eyed and cute (even the sloth), and utter small noises of surprise and delight at your fashion choices on their behalf. In spite of having several screens to navigate through in order to finalize your designs, everything is intuitive and accessible, although the need to rotate and resize fabrics makes it difficult for children below preschool age. And it’s great that you can save your designs to share or view later, although it would have been nice to have a function in the app to aid in these activities. 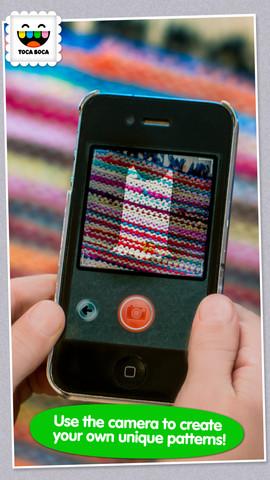 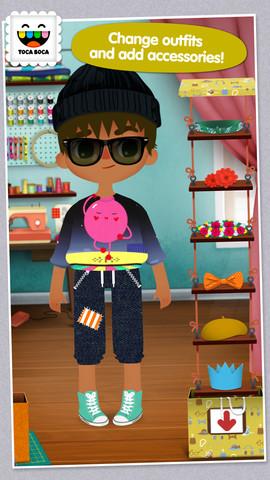 Unusual for Toca Boca, the app would seem to have an extremely wide range of age appeal. While it is child-centered, a teenager could probably have almost as much fun with it as a preschooler. It’s also pleasingly gender-neutral in its choice of models, colours and accessories, so boys will be encouraged to explore, play and have fun in a style of app that is normally thought of as exclusively feminine.
The value of Toca Tailor is rather dependent on whether or not your device has a built-in camera that your kids can use. If it does, then this is an excellent choice that should offer many hours of creative exploration and entertainment. If not, well, there’s still good fun to be had at the bargain-basement asking price. And I do believe that everyone, or every age, should experience the thrill of dressing a sloth at least once in their lives.

He-Man: The Most Powerful Game in the Universe Review