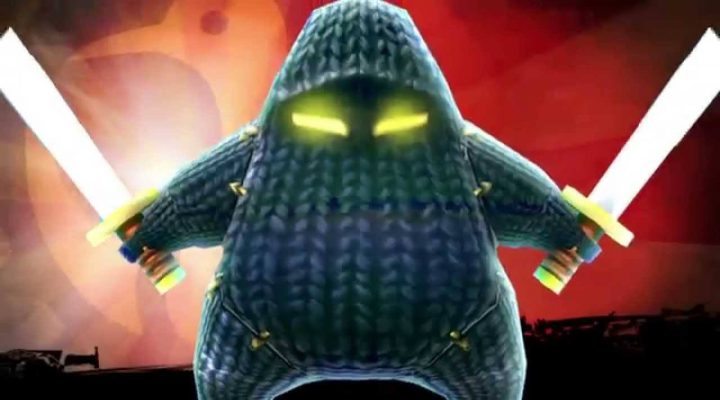 Game has some difficulty distinguishing between commands at times.

The time constraints are pretty brutal in some cases, even counting down during tutorials.

Usually, the only time I associate anger with tofu is when someone tells me that’s all there is to eat for dinner. Never cared for the texture, no matter what’s done to flavor it. Amazon Game Studios is serving up a different kind of irritable bean curd as the star of To-Fu Fury, a fun puzzle game with challenging mechanics and playful graphics. Just stay on that tofu’s good side.

If you’re up on your mobile game history, you may remember that this isn’t the first physics-based puzzler starring a certain anthropomorphic slab of tofu. To-Fu 2 graced both iOS and Android devices a few years ago, asking gamers to to sling our bean-based hero around, collecting chi and avoiding spikes, and avoiding other unpleasant objects. 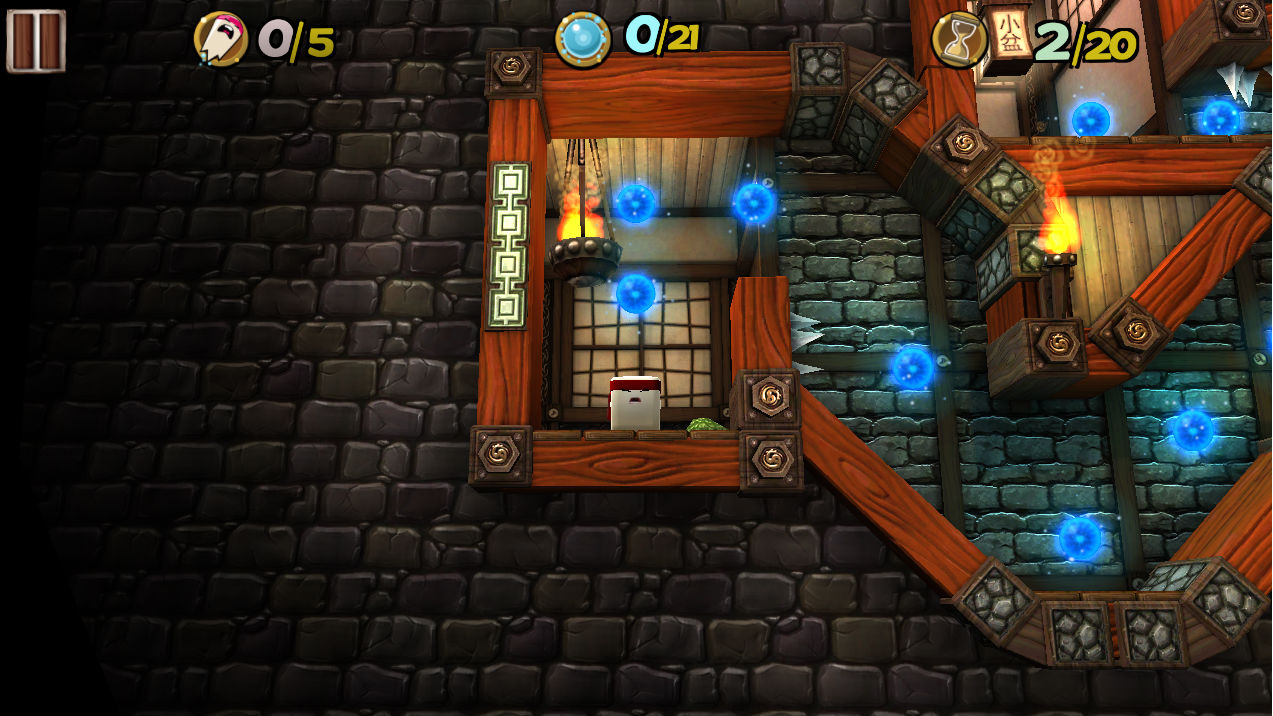 That much is still true in To-Fu Fury, as the mystical kitty spirit has requested that To-Fu put his headband back on and test himself by beating all-new levels as quickly and efficiently as possible. That’s a big part of the challenge; while many of the levels can be passed if you take your time and use as many moves as you’re allowed, these are two of the four criteria which determine the amount of rewards you receive. That means dawdling isn’t really an option. 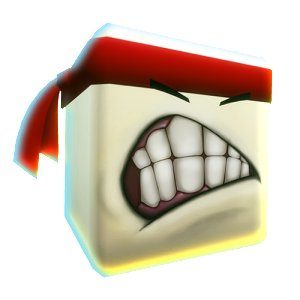 Adding to the complexity are the larger levels afforded by making use of the Amazon Fire phone’s Dynamic Perspective feature. By tilting the phone or moving your head, it’s possible to look before you leap, something the developers took full advantage of by creating some impressively large and creative levels. Compared to fellow Amazon Fire launch title Saber’s Edge, this isn’t just a gimmick.

Even without the 3D effect that Dynamic Perspective brings to the table, To-Fu has received a huge graphical upgrade since his last adventure. Both the backgrounds and animations are excellent, and To-Fu has a surprising number of expressions for a processed food product. Coins won by completing levels, collecting all the chi and beating the time and move requirements can be spent on a large assortment of customization items, including headbands, costumes and more. 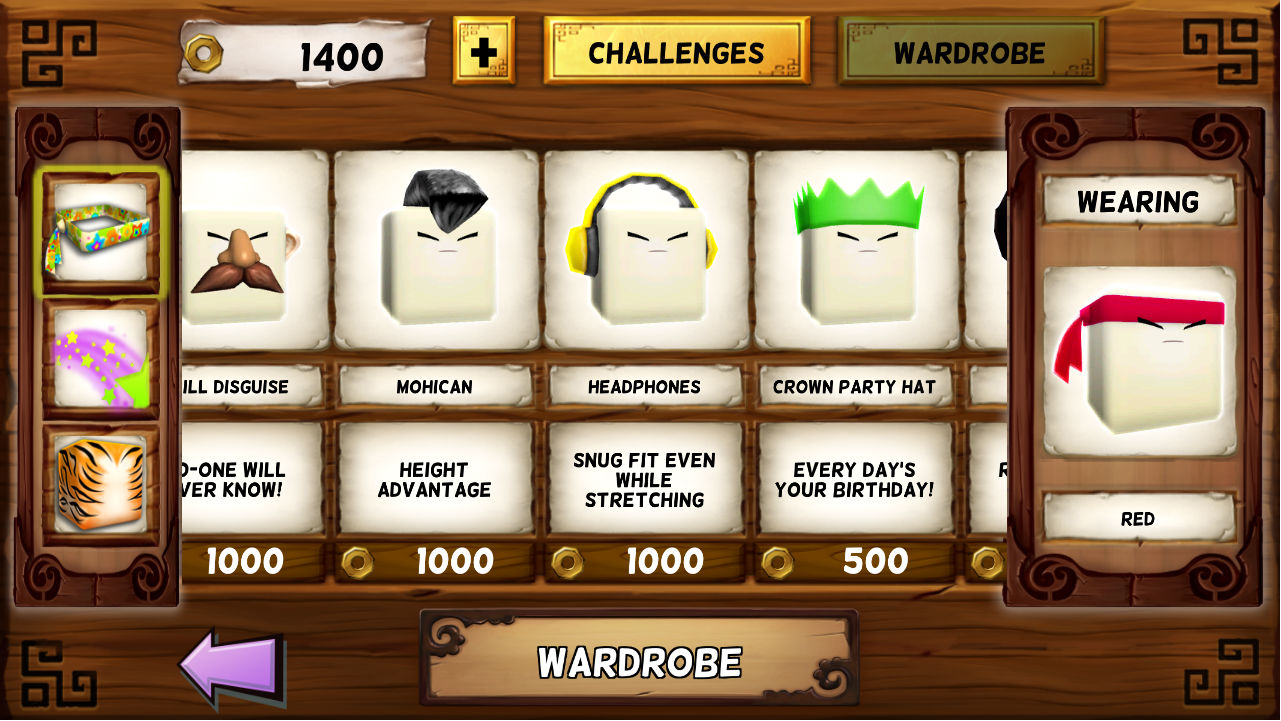 The lone gripe from this reviewer is the controls, which don’t always give you the precision you’d like once the puzzles get more complex and have more moving parts. You can stretch To-Fu and fling him by dragging forward or launch him in parabolic fashion by pulling him back against whatever surface he’s currently on. The game doesn’t always distinguish between these two actions properly, especially in tight spaces or when he’s on a wall or ceiling (because tofu is sticky, To-Fu can make like Spider-Man, see). You can also “walk” To-Fu forward or backward by using two finger taps, but even this motion isn’t properly picked up at all times.

That those issues never become deal breakers is a testament to how enjoyable it is to fling To-Fu around — unless that’s just my repressed rage against tofu bubbling up to the surface. To-Fu Fury is challenging, thoughtful and actually improved by its use of Dynamic Perspective, and that’s a great combination. Certainly, it’s a lot more fun than I’ve ever had with the hero’s namesake.