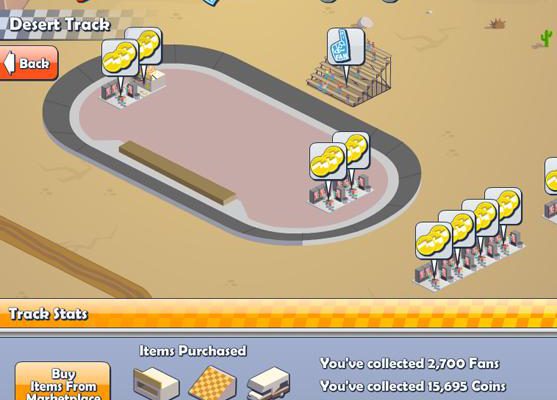 Title Town Racing has promise, but could use some fine-tuning and a change of tires

Conventional wisdom regarding Facebook games is that they’re all being played by women in their 30s and 40s, but more manly car-themed games like Cie Games‘Car Town have found a thriving audience on the platform. Gasworks Games‘ Title Town Racing is a clear attempt to court that same audience of manly Facebook gamers, using the premise of racing stock cars instead of simply opening your own garage. It’s a logical sort of game to roll out at the beginning of the year’s NASCAR racing season and it’s loaded with fan-pleasing brands, teams, and drivers.

Title Town Racing is a management sim where you can earn money by racing your cars either in a single-player mode or against friends in a mini-game comparable to some of the racing games in Car Town. Your racing business includes a garage to customize stock cars, your own racing track you can use to earn money and promote your team, and a complicated team management system that lets you hire drivers. You can also race friends in Title Town Racing, which is probably the best way to earn money for improving your cars and track. Unfortunately, you only earn money by winning races, so the learning curve for the timed mini-game can be frustrating. 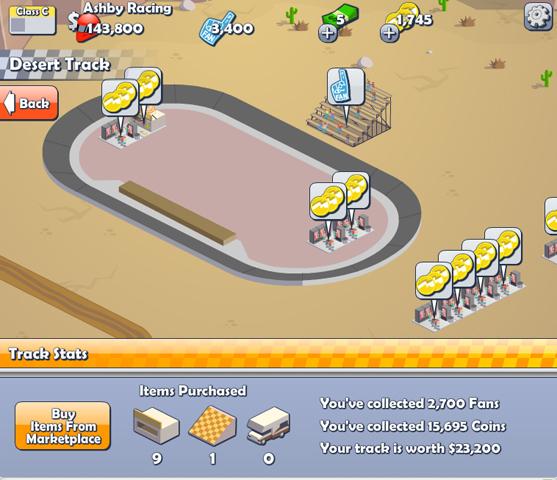 Racing by yourself is less immersive than racing friends, though it can be more lucrative. In solo races, you go to your garage and select a car to send out on the track. The car earns a certain number of wrenches, used to upgrade stats, and some money. You can choose how much money and how many wrenches you want to race for and you get that money instantly. The more money and wrenches you take, though, the longer your car has to “cool down” between races. As in most games like this, picking the shorter timers gives you the most money per minute, while longer timers let you earn while you’re away from the game.

The biggest problem with Title Town Racing is stability. The game runs very well when it’s up, but during the test period it sometimes went down for hours, and even days, at a time. The downtime was never announced on the game’s Facebook page and it was impossible to know when the game would go back up. The instability presents obvious problems to earning money to help fund improvements. A smaller problem is the game’s inadequate tutorial mode, which doesn’t clearly explain many basic aspects of gameplay. Players used to just figuring out a game by clicking through the missions are going to find themselves very confused here. 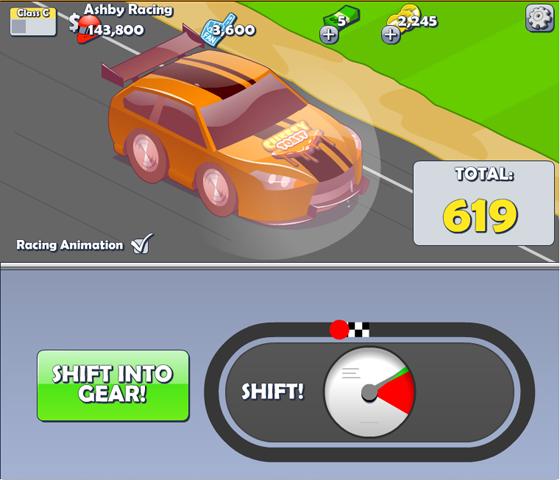 It’s very tempting to compare Title Town Racing unfavorably to Car Town, but the games do feel different despite how similar certain portions of them are. The real problem with Title Town Racing right now is that it needs a tutorial overhaul to make the object and rules of the game clearer to players. Obviously, the game being up for longer periods of time would also be an improvement, but that may just be first-month growing pains. There’s a lot of room for improvement in Title Town Racing and the game may become something really outstanding if Gasworks Games is diligent about keeping it updated.