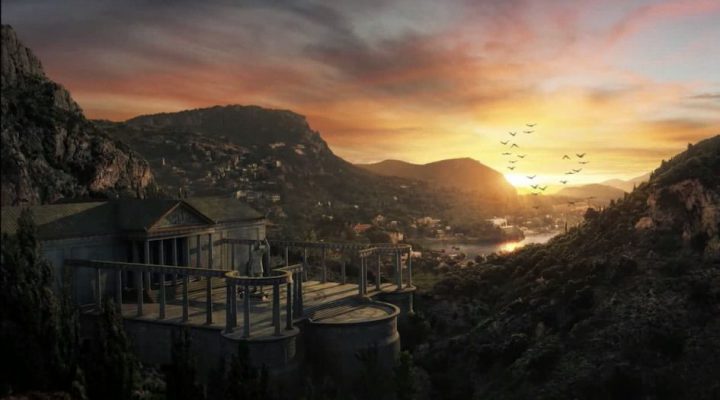 Plenty of entertaining loot grinding to be had

Decent detail when zoomed in close

Contextual commands sometimes get in the way

I have to keep reminding myself that Titan Quest originally came out on the PC years ago, back when there weren’t quite as many places to get a dungeon-crawling fix. It’s not that it’s a bad game of course, but it is a bit long in the tooth.

As I’m sure people have pointed out in the past, Titan Quest is more or less Diablo (or Dungeon Hunter for more mobile-centric players): Greek Mythology Edition. Not that this is necessarily a bad thing. Characters run around a 3D world from a zoomed-out perspective, there are oodles and oodles of fodder enemies to slay in the name of justice/XP gains, loot drops fall like rain, and the occasional more-powerful-than-usual-named-enemy will put a premature end to a fight if they aren’t handled properly. It’s a system that definitely works, and I’m a firm believer in “if it ain’t broke don’t fix it.” 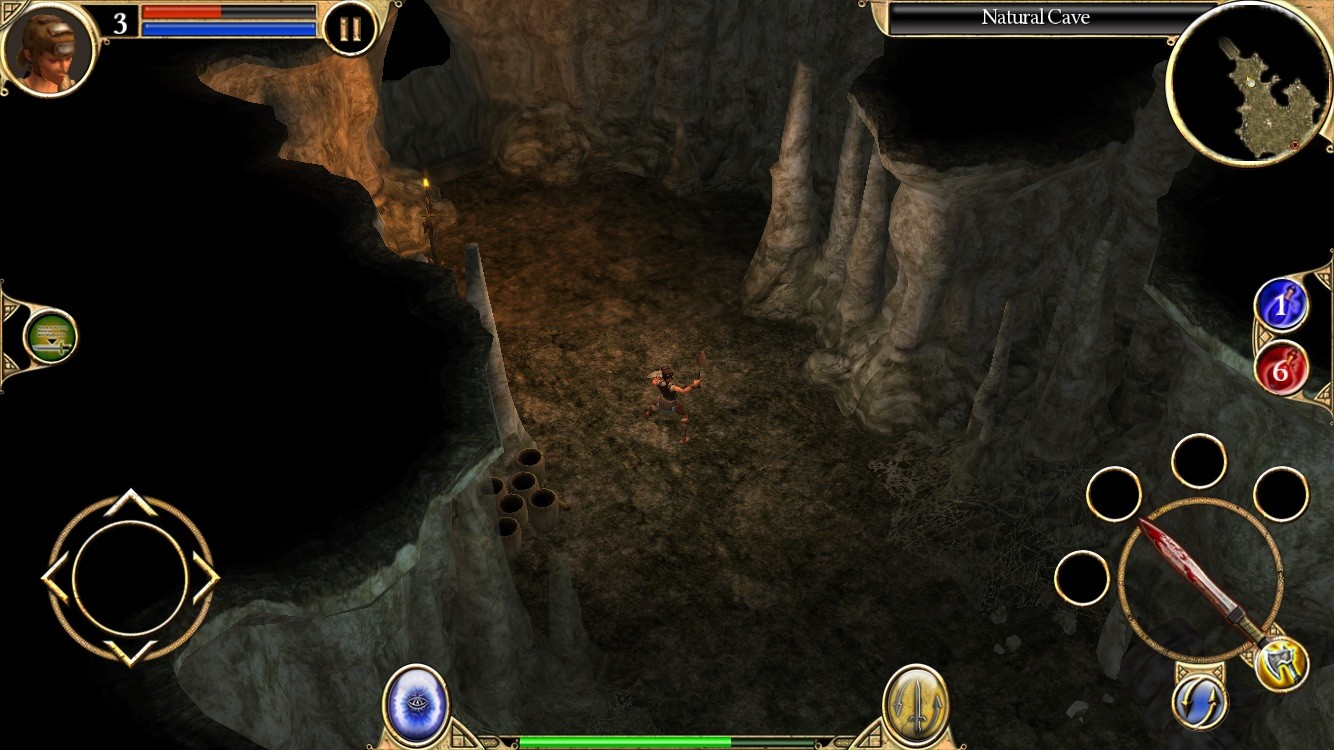 It’s not difficult to enjoy Titan Quest in its own right, of course. Wandering around clobbering mythological beasts is always fun, as is finding some powerful new gear that was hiding in a chest or carried by a boss. There are also quite a few character classes to try out, from magic users to ranged fighters to brawlers, though it’ll take a fair few levels before most of their more interesting abilities start to come into play.

I remember being disappointed years ago because my computer at the time couldn’t run Titan Quest. Just 10 little years later, my phone can — and it looks pretty good, aside from the occasional but persistent visual stuttering. 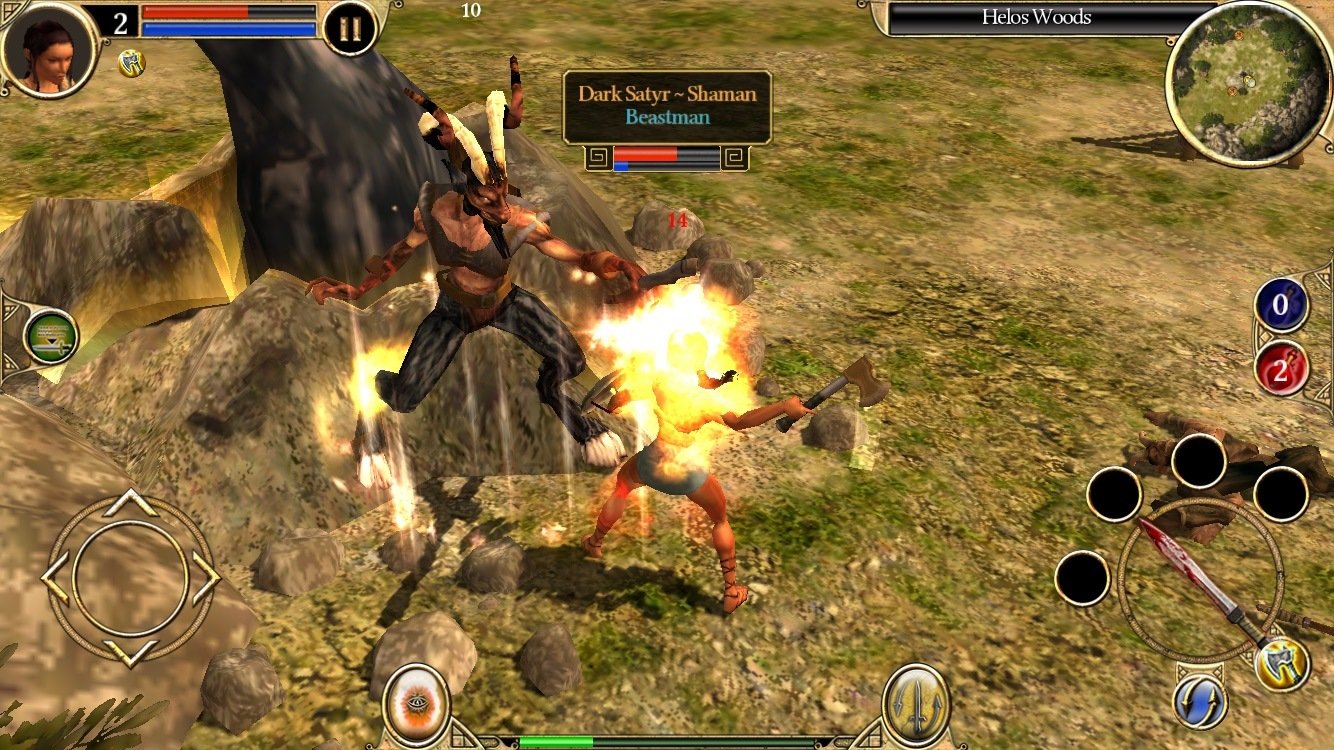 Well, it looks pretty good when zoomed in close. However, it’s much more effective from a gameplay standpoint to have the camera pulled back so that spotting enemies, chests, and so on at a distance is easier. This is rather unfortunate, because it’s all but impossible to make out the more distinct character and environment details from a distance. Then there’s the text (all of it), which is obnoxiously tiny on my phone’s screen.

The inclusion of a portal that can be placed at any time — without requiring the use of spells or scrolls — and used to travel back to towns (and back again, of course) is great, though. It’s a super handy way to offload a full inventory at a shop, then jump right back into the fray. The downside to this is that managing the inventory is a constant pain in the butt. Items don’t shuffle around automatically, which means having to manually move them in order to make room for new loot. On top of that, the screen is so cluttered with tiny icons that are easily obscured by a finger it can be extremely difficult to see where (or even if) something is being placed. 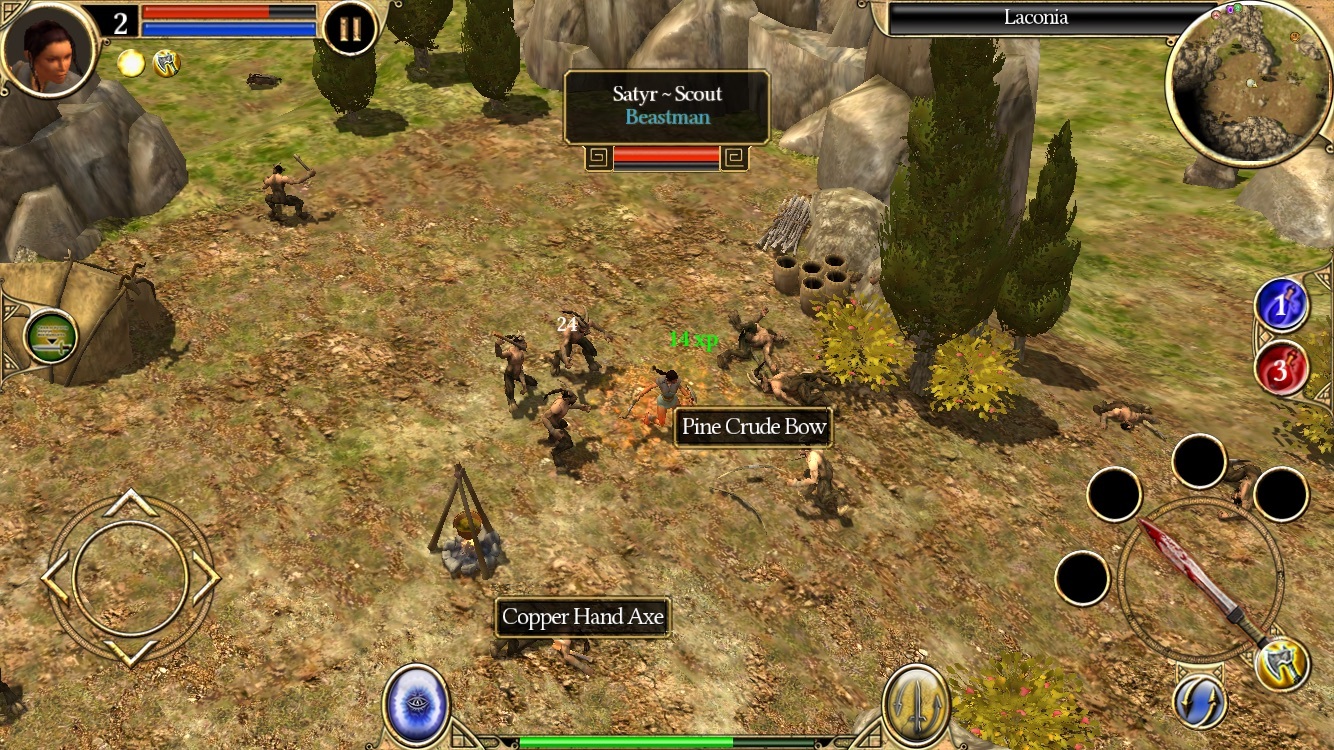 Even picking up items is problematic thanks to the attack button contextually switching to interact while in the middle of combat. Seriously, I’ve almost died on several occasions thanks to the perfect storm of having a “full” (read: misaligned) inventory, an enemy dropping an item, and the button changing on its own even though more enemies were in the middle of attacking me.

In the end though, Titan Quest’s issues are more of an annoyance than anything that will ruin the fun. And it is a fun game that manages to capture much of what made dungeon crawlers so popular. I’m not entirely convinced that it’ll stand out from the crowd this late in the game, but being able to say that a once power-hungry PC game now fits in your pocket can’t help but put a smile on your face.